A website purporting to represent people from the Northern Territory who support fracking for gas in the Beetaloo Basin was registered by a former Liberal staffer in Sydney who now runs a digital marketing business. 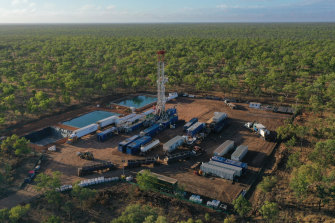 Gas mining in the Beetaloo Basin in Arnhem Land in north-east Northern Territory.

The website states: “Our mission is very simple – tell the federal and territory governments to unlock the Beetaloo Basin to benefit all Australians.”

Supporters are urged to use the hashtag #BackBeetaloo on social media and enter their details on the website to counteract the “numerous activists from thousands of kilometres away from the Territory who are driven on depriving us from this once-in-a-lifetime economic opportunity”.

The Beetaloo Basin is a major shale gas reserve about 500 kilometres south-east of Darwin, between Katherine and Tennant Creek. It is one of five Australian gasfields the federal government plans to open up under its “gas-led recovery” from the COVID-19 pandemic. 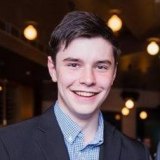 No details are published about who is behind the website or social media accounts. When The Sun-Herald used the contact form to ask for more information, a reply email signed by the “Back Beetaloo Team” stated: “We represent the majority of Territorians, and by extension, all Aussies that value cheap, reliable, non-imported gas into the future.”

However, The Sun-Herald can reveal the web domain was registered by Nick Palmer from Cherrybrook in Sydney’s north-west and his company Campaign Digital.

Mr Palmer did not reply to emails or voice messages from The Sun-Herald inviting him to do a phone interview or answer written questions.

There is no suggestion Mr Falinski is behind Back Beetaloo. Mr Falinski, who has opposed fracking projects in NSW, said, “I have nothing to do with the campaign and I’ve never even seen it.”

Federal Resources Minister Keith Pitt is a proponent of development of the Beetaloo Basin, saying it would create 6000 jobs in the Northern Territory. The Sun-Herald is not suggesting Mr Pitt is involved with the website. 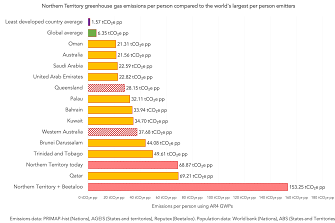 The project is opposed by traditional owners and environmental groups, with the Climate Council finding the project would make the Northern Territory the largest per capita producer of greenhouse emissions in the world.

The final report of the NT fracking inquiry found “deep concern and strong opposition” from Aboriginal communities in the region and “strong antipathy” in the wider NT community. “The overwhelming consensus was that hydraulic fracturing for onshore shale gas in the NT is not safe, is not trusted and is not wanted,” the report says.

Meanwhile, the Environmental Defenders Office, acting for the Environment Centre Northern Territory, is mounting a legal challenge to Mr Pitt’s decision in July to grant $21 million in taxpayer funds to a subsidiary of Empire Energy to support the construction of three new gas wells in the Beetaloo.

Ed Coper, executive director of the Centre for Impact Communications, which studies online disinformation, said Back Beetaloo bore all the signs of astroturfing.

“The circumstantial evidence is clear this is not a genuine grassroots community group about an economic development project in the Northern Territory,” Mr Coper said.

“When something walks and talks and quacks like something political rather than grassroots then it normally is.”

One of the clues the campaign was not genuinely community-led was the fact that it had paid for Facebook advertising to promote senator Matt Canavan in Queensland, rather than staying focused on the Northern Territory.

Mr Coper said the Facebook page had spent about $500 so far and reached hundreds of thousands of people.

A spokesman for the Australian Electoral Commission was unable to load the site on his work computer but said the primary purpose of the Facebook page appeared to be the promotion of a single issue rather than candidates in an election. As such it was unlikely to breach political advertising rules that require the name of the person authorising the content.

Mr Coper said platforms such as Facebook should do more to promote transparency and the principle should apply to important social, political, and environmental issues, not just elections.

Among the companies known to be keen on gas development in the Beetaloo Basin, Empire Energy said it was not involved, while Tamboran Resources and Santos did not respond to questions.

“It’s being run by someone from northern Sydney, and they’re coming up and telling Territorians how they should be feeling about fracking, which is going to damage the climate, damage water, and damage country,” Mr Gawen said. “It’s quite ridiculous.”