Whether she's sporting an off-duty ensemble or glamorous red carpet look, there is nothing that Kate Middleton can't pull off.

It's not always easy either as while the Royals have designers on speed dial and endless amounts of pull when it comes to calling in favours, there are strict dressing protocols that have to be followed by the whole family.

However, from sporting skirts above the required length to wearing items The Queen frowns upon, Kate has proven that she's not afraid of breaking the rules and rewriting the Royal style rulebook.

A silhouette she used to be fond of which was off-the-shoulder dress.

The Duchess wor this style of neckline on a few occasions but was soon corrected, as we haven't seen her sport one for a few years. 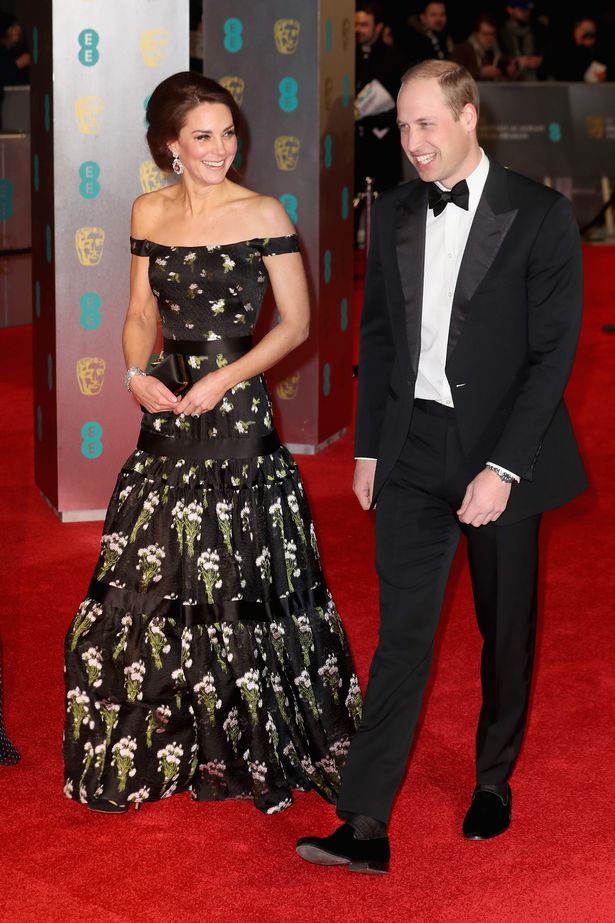 For all the latest Royal news including their style secrets sign up to the OK! Daily Newsletter.

Arriving at the BAFTAs in 2017 in a gorgeous black floral dress by Alexander McQueen, Kate bared her shoulders for the world to see.

However, the next time Kate wore the stunning tiered gown in March 2019 for the Portrait Gala at National Portrait Gallery we saw her redesign the dress.

Keeping in line with the Queen's rules and regulations, the Duchess added capped sleeves so that her shoulders would be covered. In June 2019, the mum-of-three broke a few protocols in one look, with a Barbara Casasola off-the-shoulder dress for a special event.

Not only did she bare her shoulders once again, but the fabric came with daring slits so her skin could be slightly seen through the knitted fabric.

We're glad she broke rules to sport this amazing outfit once again, after wearing it previously in 2016.

Kate at 40: A Thoroughly Modern Duchess In this special collector's edition of OK!, we take a look at the Duchess of Cambridge's rise to become one of the most loved and respected members of our Royal family.

Ahead of her milestone birthday, we reveal all about Kate's loving childhood, delve into the secrets of her happy marriage to Prince William and discover what Kate is really like off-duty – from her passion projects to her parenting style.

With the help of royal experts, we celebrate the most iconic moments of Kate's life in the spotlight, and reveal what surprises could be in store as she turns forty in style…

Available in store now and online at www.ok.co.uk/katespecial for only £4.99. Whilst wearing bright colours isn't frowned upon, overshadowing Her Majesty definitely is.

In 2012, Kate very nearly stole the spotlight in a bright and beautiful pleated skirt dress by Alexander McQueen as the rest of the guests aboard the pageant boat wore pastel shades.

Royal ladies are encouraged to not wear a skirt of dress no shorter than three inches above the knee. However, the mum-of-three broke this rule back in February 2019 when she stepped out at The Royal Foundation’s Mental Health in Education conference.

Kate opted for a chic grey tweed skirt suit from Dolce & Gabbana, which was a little to high for the Queen's liking. Royal women are also recommended to avoid wearing trousers as it is deemed unladylike and improper.

In November 2021 though, Kate sported a pair of navy blue trousers and this isn't the only time as the 40-year-old has done so.

Another signature rule break from the Duchess is that she was once a lover of wearing wedge shoes on occasions during the summer months. It’s believed that wedges are banned from being worn in the Queen’s presence as she much prefers a stiletto court heel.

However, even with heels there are still rules to follow – which include avoiding neon colours or heels above three inches high. Kate seemingly forgot about the rule against opened-toed heels as during a royal visit to Poland and Germany in July 2017, as she wore a pair of nude sandals.

Not only this, but she also broke another regulation of wearing coloured nail polish in public as she sported red on her toes.

Celebrate the Duchess Of Cambridge with 'Kate At 40', a special collector's edition of OK!. On sale now for £4.99 at most good newsagents or here.