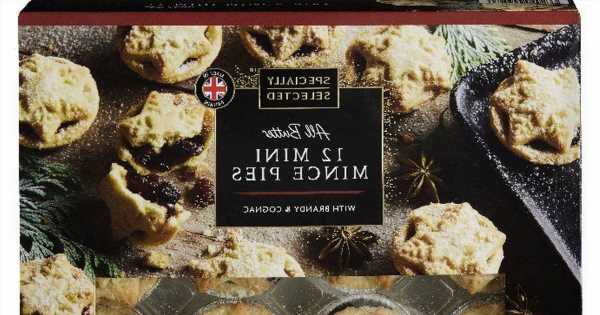 Some Aldi shoppers don't seem to be too thrilled about the store's latest announcement.

The supermarket announced this week that it is bringing back mince pies in-store to celebrate 'Junemas' on June 25.

But many have been left "horrified" by the idea and joked the retailer is just trying to "shift out-of-date stock".

According to Aldi, they're brought back the mince pies after research found half of Brits are planning to celebrate 'Junemas'.

Writing on Facebook, the retailer wrote: "Have a very merry #AldiJunemas. Because you didn't get the Christmas you deserved this year, we're celebrating again on 25th June!

"Look out for our favourite Junemas Mince Pies in store from 21st June!"

But the news didn't go down well with many, as some said they were "horrified" by the idea.

One joked: "Someone is trying to shift last xmas stock," joked somebody else.

While another asked: "Who had loads of left over Christmas stock that was due to go out of date?"

A third quipped: "More like you couldn’t sell them in December so we’ll try to get rid of them again."

Despite this, others were excited over the announcement.

One gushed: "I could eat your mince pies any time, the pastry is yummy."

As another exclaimed: "Great idea! We did a Christmas Dinner in July last year. So mince pies in July… jolly well yes."

A spokesperson Aldi has confirmed to Manchester Evening News that this not the case and says its mince pies are not stock that is going out of date.

They said: "Aldi saw conversation starting around Junemas and wanted to bring back our favourite festive treat to add to the celebrations."

Meanwhile, another supermarket which has caused controversy this week is Morrisons, which has announced it's scrapping its point collecting scheme.

The store said the scheme will no longer run as of May 10.

From May 10, shoppers can continue to use their existing card but it won't collect any points.