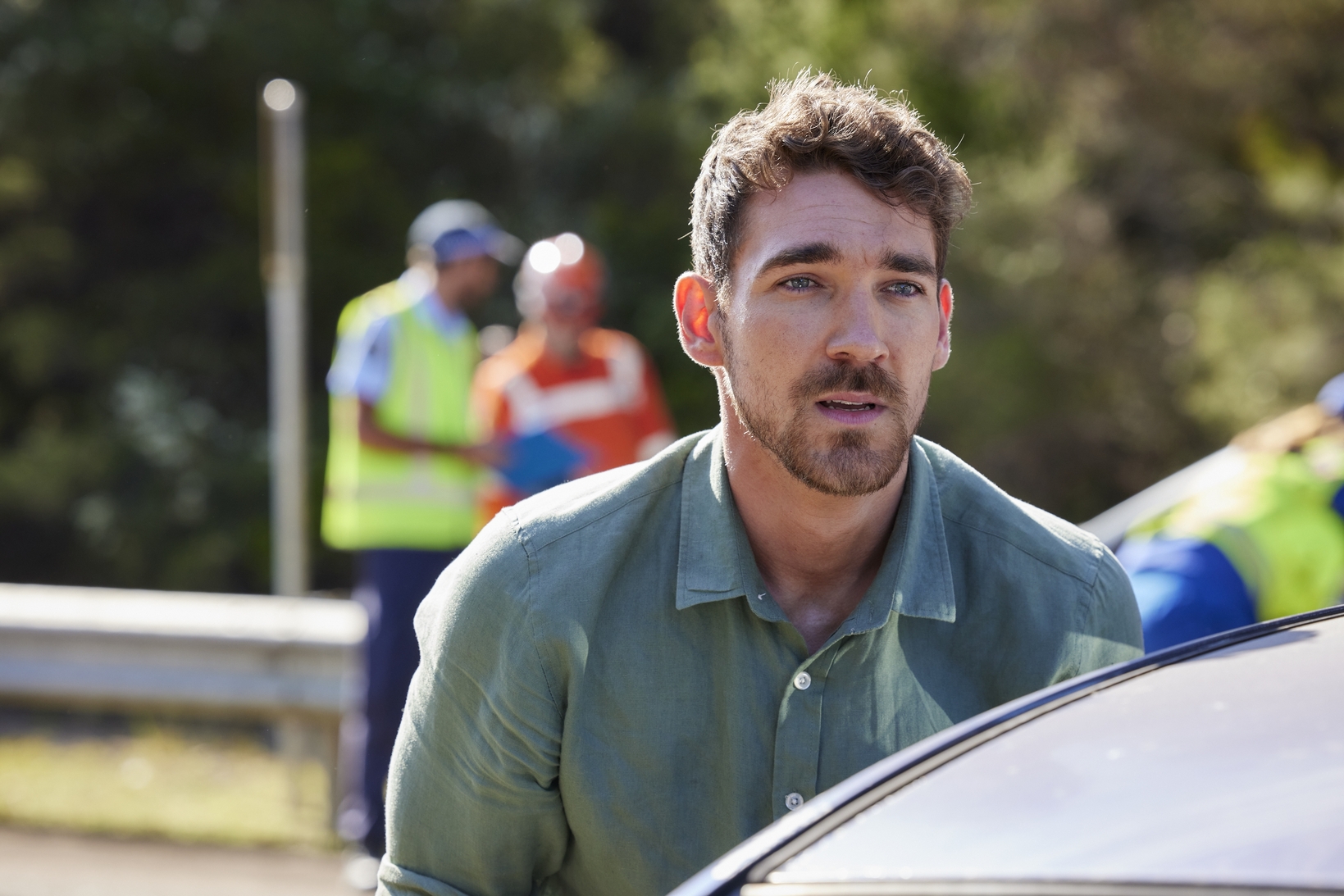 Rose (Kirsty Marillier) and Xander (Luke Van Os) have begun settling into life in the Bay, even with their sister Jasmine away at the farm helping Robbo’s (Jake Ryan) parents with a medical emergency. They’ve just moved into the Pier Apartment and their work is keeping them busy. But it turns out work is also becoming a problem – for one of the siblings, at least.

When Rose and Cash (Nicholas Cartwright) are called out to a road accident, Rose is alarmed to see her brother performing CPR on a young cyclist casualty. She goes to him first, but Xander is irritated by her priorities and insists she needs to deal with the driver – he reeks of alcohol. He and his colleague continue working on the cyclist, but it’s not looking good.

Eventually, Xander’s colleague tells him it’s time to stop – the cyclist is dead at the scene. Xander’s irritability boils over into rage, and he suddenly turns on the driver. All are taken aback as the paramedic tells the driver how abhorrent his behaviour is, and the already shaken driver is full of apologies. However, apologies aren’t enough for Xander.

Cash has to hold Xander back while Rose arrests the driver. She then pulls her brother to one side and tells him his emotional involvement is unprofessional. But Xander refuses to listen to her, saying she needs to do her job and let him do his. But Rose won’t let the issue go and instead debriefs with Cash, worrying about his outburst.

As the two police officers talk, Cash wonders if Xander’s behaviour should be reported to anyone. However, Rose insists Xander must have just had a bad day. Later, while talking to Tex (Lucas Linehan), Rose reflects that Xander used to be quite jovial when he was younger, but he’s had some bad experiences in the last few years – a disastrous relationship followed by their father dying. Is Xander’s emotional baggage impacting his ability to do his job?