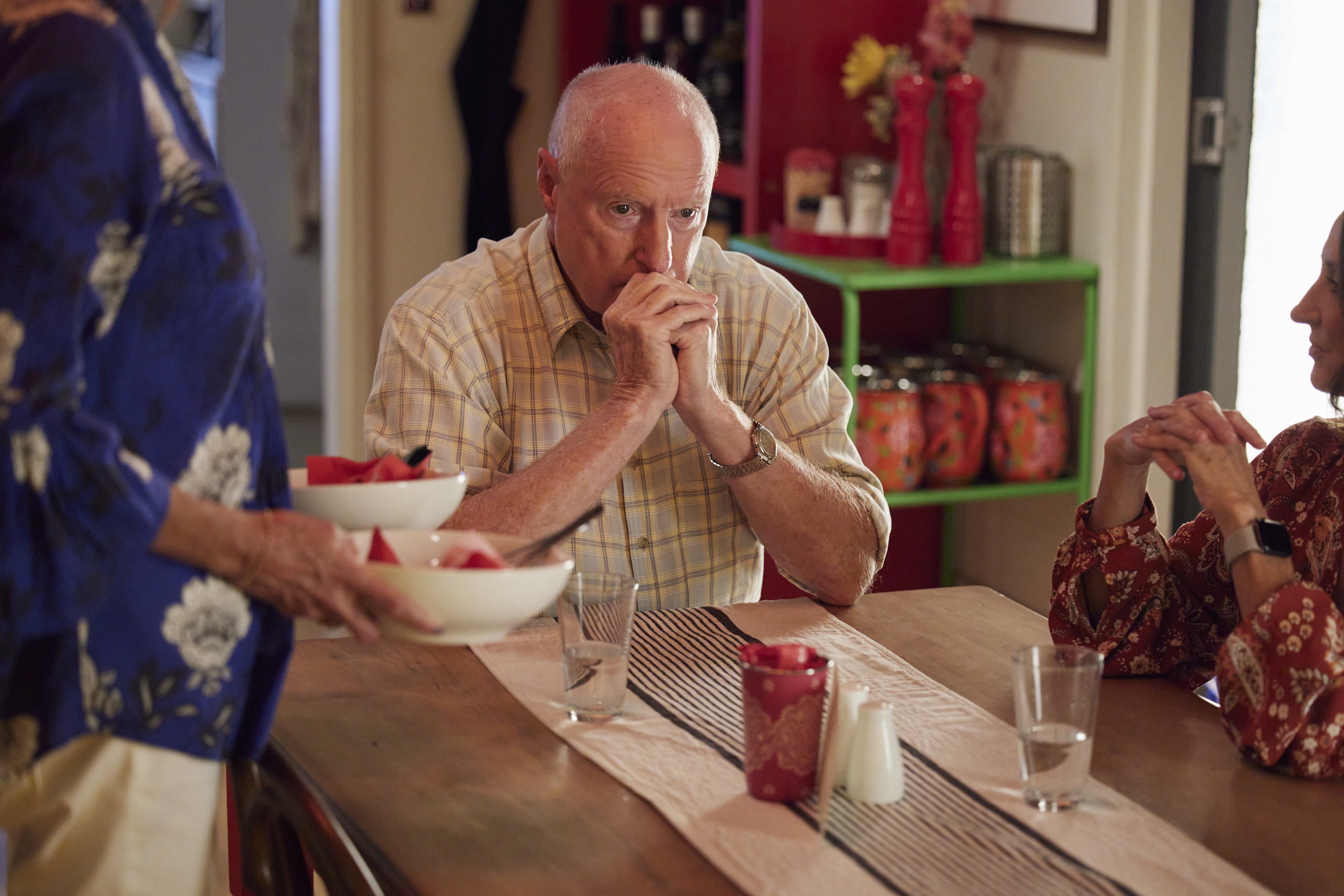 Alf (Ray Meagher) has recently come back to the Bay after being with Roo (Georgie Parker) and Martha (Belinda Giblin) in Merimbula for a while following their kidney transplant surgery. However, he is in a foul mood and nobody can figure out why.

The most confused of all is Roo, who can’t understand why her Dad would be so bad-tempered – they’re out of the woods now as Martha has made a recovery after her extended life-threatening illness.

Roo decides to call her Mum and get some insight, and the update she receives leaves her both shocked and suddenly understanding of her Dad’s mood. She arranges to meet Alf in the Diner and quietly tells him she knows what’s going on with Martha: she’s decided to stay in Merimbula. Alf has been left with a choice – his wife or the Bay?

Alf finds himself cornered by Roo, who wants to know what he’s going to do. Is he going to stay in the Bay, or move away to be with Martha? However, Alf isn’t willing to answer his daughter’s questions and instead walks out. His strategy becomes burying himself in work instead of avoiding the important decision he has to make.

Roo isn’t happy with her Dad’s attitude – he needs to focus his attention on this big life decision. Once again, she feels stuck between two stubborn parents and forced to resolve their problems. Seeing Roo’s interrogations, Justin (James Stewart) offers his place as a safe refuge for Alf and he gratefully accepts. Sitting at the table over a beer, the two men begin talking and Alf shares his fears – he may have to leave his life in the Bay behind.

Justin asks if there’s any way around it, and Alf considers all of the options – he could split his time between the Bay and Merimbula, but that would involve a lot of travel and he would be apart from his wife for half the time. If he stays in the Bay, then what’s the point in them being married? Alf is forced to conclude that if Merimbula makes Martha happy, then he may need to be there too…