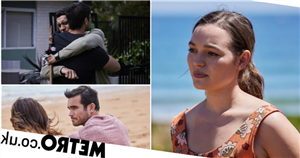 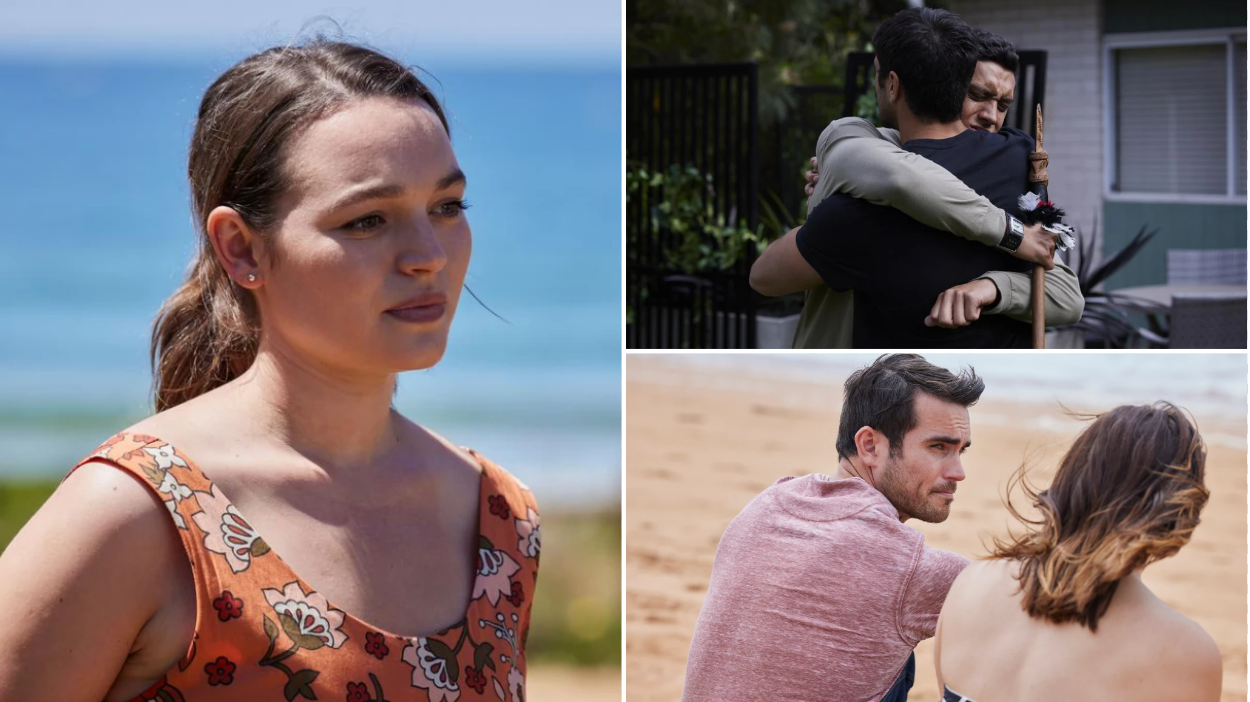 This week on Home and Away, Cash (Nicholas Cartwright) quickly becomes concerned for Jasmine’s (Sam Frost) safety when she doesn’t return home as planned – and he can’t get through to her on the phone. When Irene (Lynne McGranger) also struggles to make contact with her, and a full day goes by, Cash takes the plunge and reports her as a missing person.

Elsewhere, Theo (Matt Evans) is left reeling when Chloe (Sam Barrett) calls him from New Zealand and tells him they’re done. Fortunately, he’s hanging out with Kirby (Angelina Thomson) when he receives the news, and she suggests channeling his heartbreak into a songwriting session. As the pair create beautiful music together, is there a spark between them?

Here’s what’s coming up on Home and Away for the week beginning Monday September 5.

Cash is excited to have Jasmine come home from the farm – especially because he’s pulled out all the stops for a romantic evening..he’s planning to propose! However, he’s left pacing in his suit with the champagne on ice. Where is she? When she won’t answer any of Cash’s calls, he begins to wonder if something has happened to her. Irene also tries to get in touch, but there’s radio silence. The pair decide to give it a bit more time, but over a day after Jasmine was due to return home, and with no response from her, Cash decides that’s it – he’s going to report her as a missing person.

Theo and Kirby bond after an unexpected heartbreak

Theo has had his world turned upside down after becoming the new lead singer of Lyrik, but the experience has been tainted by his girlfriend Chloe’s absence. He tries to get in touch with her, but she’s gone MIA without offering any form of explanation. He gets through his first gig without her and prepares for band rehearsal with Kirby the next day. Then Chloe finally calls – but she has bad news for him. Left reeling, Kirby advises him to put his pain into songwriting, and the pair quickly begin penning an epic new song. There’s a spark between the two – is a new romance on the horizon?

Justin has become a proud stage parent after seeing Theo on stage at Salt with Lyrik. He and Leah are impressed with his vocals and realize Theo has found his true passion in life. However, Justin’s bubble is burst when he overhears Eden and Remy planning their upcoming gigs the next day – it sounds like they’re going to be spending months on the road! Not only will Justin miss Theo, but more vitally – how will he possibly complete his apprenticeship with this huge new commitment?

Xander can’t stop his impulsive behaviour as his trauma continues

Xander has recently made the decision to get counselling after admitting he’s been struggling with the trauma he encounters on the job as a paramedic. He heads to the gym on his counsellor’s advice – exercise will be good for his mental health. Cash is supportive and shows him the ropes, but it soon becomes clear a workout isn’t enough to quash his troubles. Later, Xander is still haunted by traumatic memories, and he can’t help but fall back into his old coping mechanisms, calling up his tattoo artist to come to the apartment late that evening to get him spontaneously inked again…

Rose plays a dangerous game with Tex after discovering the truth

Rose has been confused by Tex’s sudden absence, and the situation becomes stranger when she learns that he quit his job at the caravan park out of the blue without any explanation. She begins connecting dots after remembering that Tane gave her a warning about him, and she goes to find him again. She demands answers – what does he know that she doesn’t? Eventually, Tex resurfaces, and Rose decides to run a check on his vehicle plate. She then discovers his real name – and his links to the bikers. Thinking quickly, she puts on an act and pretends there’s nothing wrong – but what is she secretly planning?

Alf helps a stir-crazy Roo to find her passion again

Roo has found herself with a lot of free time suddenly after recovering from the kidney transplant operation and returning to the Bay following some time in Merimbula. Marilyn has suggestions for hobbies she can take on, but Roo wants to do something more meaningful. Marilyn tries to encourage her to enjoy a peaceful few days, packing a picnic hamper for her to eat lunch and read on the beach, but Roo quickly becomes stir-crazy. Seeing his daughter’s struggles, Alf suggests she goes back to teaching – she loved that job! A spark is ignited in Roo – she won’t teach in a school again, but she’s got something else in mind…

Nikau has been waiting for Bella to come back home after going to New York on a three month assignment for work, but when the biker gang begins targeting Tane and the Parata family, he makes the heartbreaking decision to break up with her and tell her not to come back. Mackenzie is flabbergasted when Bella gives her the update, and when Dean finds out he’s quick to confront Nikau – what’s he playing at? But Nikau won’t reveal why he broke up with Bella and defiantly tells Dean to mind his own business. Later, Dean calls Bella to check in and learns that she now has no plans to ever come back to the Bay…

Tane is captured after breaking into bike headquarters

After discovering Tex’s real name and his biker gang links, Rose decides enough is enough and she confronts Tane. She’s not leaving until he tells her everything he knows. Once Tane reveals the money laundering operations being masterminded by Tex and Marty, Rose asks if Tane would be willing to go undercover – even if she can’t guarantee his safety. Tane says he’ll do whatever it takes – and later that day, we see him being dragged up to Marty by bikie headquarters security. What is Tane up to?