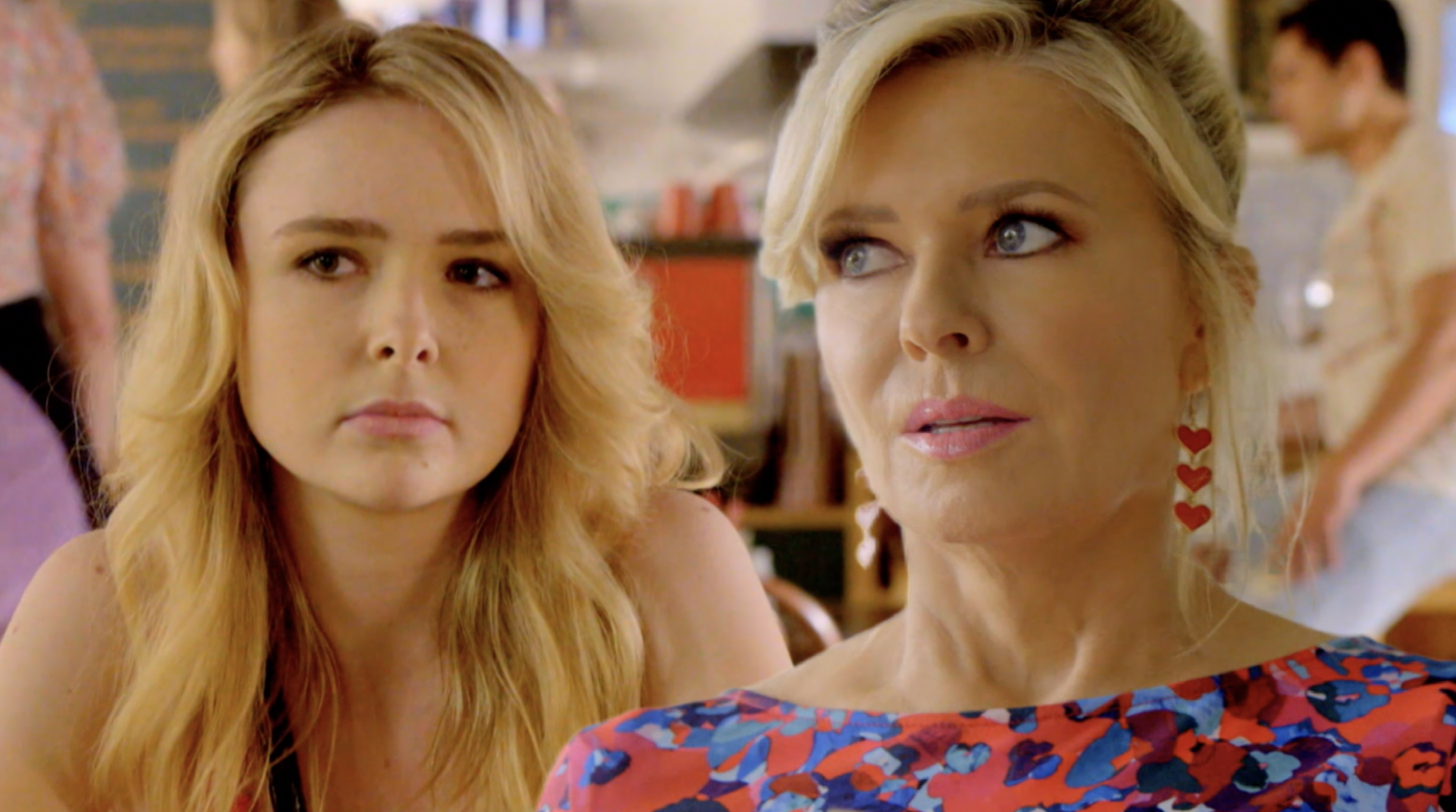 Heather (Sofia Nolan) is continuing to dig for dirt in the Bay as she chats with everyone who’s connected with Marilyn (Emily Symons). During a conversation with John (Shane Withington), she discovers that he is Marilyn’s ex-husband.

As they talk, Heather lets slip that she knows about their adopted son, Jett, and John becomes suspicious – why does this newcomer know so much about Marilyn?

Over dinner with Irene (Lynne McGranger), John mentions that he’s curious about who this mysterious Heather really is and what business she has in the Bay. However, Irene suggests that John stays out of it.

The next day, John bursts into the Diner with good news for Marilyn – their son is being awarded a veteran’s service accolade. Marilyn is thrilled and rushes off to call Jett. Heather is fuming with jealousy as she listens in, and John sees her reaction. His suspicions mount, and he realises there really is something to be cautious about with this girl.

At the Surf Club, John begins looking up Heather online, but Heather herself catches him and gives him a piece of her mind. She causes a scene and tells John to stay away from her, then meets with Marilyn and threatens to leave the Bay if John won’t stop hassling her.

Marilyn takes action in a bid to keep her daughter around, and she confronts John – telling him to stay out of her business and away from Heather.

That evening, John walks out to the car park to discover his tyres have been slashed. Has his ex-wife’s anger been channelled into this criminal act?