Katy Perry and her fiancé Orlando Bloom are raising their daughter Daisy Dove in Montecito, the same exclusive enclave in which Prince Harry and Meghan Markle reside.

The popstar and actor have a $14.2million home which is complete with a pool, manicured grounds and stunning scenery. Here are the glimpses we’ve had of the amazing property…

Orlando has shared a picture of himself in the family’s living room – and it’s seriously stunning. The room features a beige sofa, striking geometric wallpaper and a woven hessian rug. Their adorable pet pooches look like they love the space, too!

The family have a stunning lounge

It seems Orlando and Katy have a home office space at their family mansion, and the actor used it one day to join a virtual awards ceremony. The appearance revealed his functional wooden shelving unit filled with books and a display cabinet with glass front. The room also has a large door made from stained wood, and the star sat in front of it.

MORE: Meghan Markle gives biggest hint yet she won’t ever move back to UK with Prince Harry 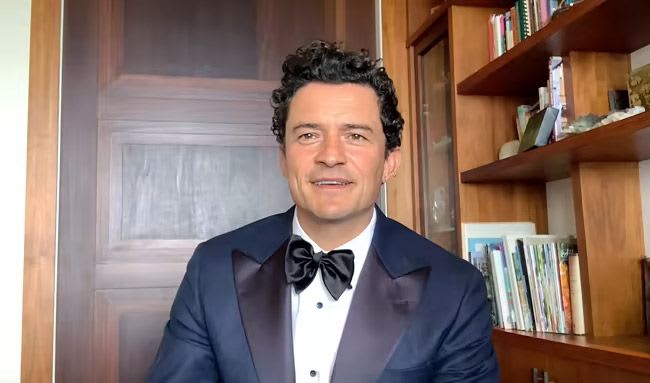 Orlando showcased his home office during a call

The outside of their pad is just as beautiful as the inside, and Orlando is clearly in his element with huge garages. The star posed on a motorbike, inadvertently revealing their ample parking facilities. They have multiple arched garages to house their vehicles and we could see that Orlando has a bicycle stored inside one of them. 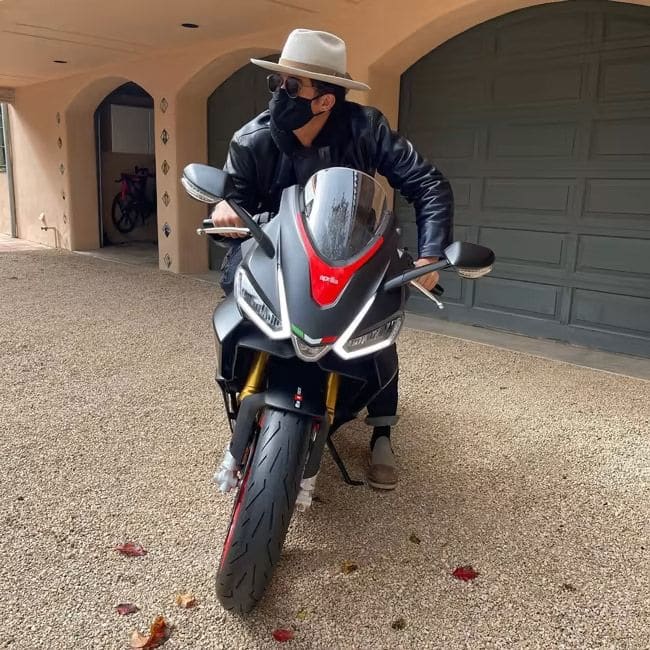 They have plenty of garage space

This property is now the family’s primary home after they parted ways with their Beverly Hills mansion in summer of this year. The stars sold it for a dazzling $18million, after five months on the market. They had originally listed it for $19.5million in March, but in the end, they sold it for the same price they paid for it in 2017.

The five-bed home would have held lots of memories for the trio, as they spent the coronavirus pandemic locked down there. Since, the family has lived down under for a few months for Orlando to star in the film Wizards!