The Trump family braved a tropical storm, set aside any lingering mid-terms woes and headed to Donald Trump’s Mar-a-Lago resort for Tiffany Trump and Michael Boulos’ wedding on Saturday (Nov. 11). Social media pics shared by maid of honor Ivanka Trump revealed the whole gang was there — including Tiffany’s mom, Marla Maples, former FLOTUS Melania Trump, plus the former POTUS’ kids and their significant others. One Trump kid’s S.O., however, failed to make the cut for Ivanka’s family wedding photo dump. That would be Donald Trump Jr.’s fiancée, Kimberly Guilfoyle, who was not pictured in the image Ivanka posted of herself alongside Melania, Tiffany, Marla and Eric Trump’s wife, Lara Trump. As one Twitter user quickly noticed, however, Kimberly had been standing right next to Ivanka for the shot. “Lol Ivanka cropped out Kimberly Guilfoyle from Tiffany’s wedding photos,” user Natalie Betance tweeted on Sunday. She also shared both pics — Ivanka’s snap of the pastel-clad ladies standing side-by-side, sans Kimberly, and the whole picture, which shows Kimberly was next to Ivanka, wearing a black dress with giant puff sleeves. A few hours later, Ivanka shared the original pic, including Kimberly, on her Instagram Stories, according to Page Six.

RELATED: Celebs who got engaged in 2022

Backstreet Boys singer Nick Carter and his sister, Angel Carter, have launched a youth mental health fund via On Our Sleeves in honor of their brother Aaron Carter, who was found dead at 34 at his California home on Nov. 5. A former child star, singer and reality star, Aaron had long struggled with drug addiction and mental health issues prior to his death. Nick announced the fund on his Instagram Story this week, telling followers he’s “very grateful for the outpouring of love and support for my brother,” and directing them to a donation page through the website for On Our Sleeves, which provides children’s mental health services and educational resources aimed at ending stigma around mental illness. “Thank you for choosing to celebrate the impact of the life of Aaron Carter with a gift of hope. By honoring Aaron, you help Nick, Angel, and their family’s commitment of helping others,” the page reads.Nick also paid tribute to his brother on Instagram following his death. “My heart has been broken today,” he wrote at the time. “Even though my brother and I have had a complicated relationship, my love for him has never ever faded. I have always held onto the hope, that he would somehow, someday want to walk a healthy path and eventually find the help that he so desperately needed.” The new fund will support the development of mental health education resources including lesson plans and activities for schools, TMZ reported on Monday.

RELATED: Celebrities who died too soon

“Yellowstone” returned to Paramount TV on Sunday (Nov. 13), with Kevin Costner’s John Dutton taking over as — spoiler alert — Montana’s governor. But as Kevin recently told USA Today, he doesn’t see himself following in John’s footsteps to pursue political office. “No, I don’t think there’s any reason for me to run, though I wish the people that did run had a bigger vision and more of a morality about how they see the country evolving,” the 67-year-old star said, adding that he’s “disappointed” in the state of American politics today. Kevin has supported Republicans — including Liz Cheney — and Democrats — including Joe Biden — but has told multiple outlets he’s an Independent. Asked about a post in which he showed off his “I’m for Liz Cheney” T-shirt, Kevin said of the Wyoming Republican rep’s recent primary loss, “Just because you lose doesn’t mean you’re done; it doesn’t mean you’re even wrong. I was clear that [she] probably wasn’t going to win her election. But I wanted to let her know, as a citizen, how much I appreciated her brave, clear-headed stance.” And if Kevin’s support of Liz, a vocal critic of Donald Trump, depletes his fan base at all, that’s fine with the actor. “I didn’t really care how the cookie crumbles — that people that liked me now don’t like me,” he said. “That’s OK.”

RELATED: ‘Yellowstone’ is back! Take a look at Kevin Costner’s life and career in photos

Gabrielle Union’s been sharing snippets from her extended 50th birthday celebrations for the past few weeks, but it was husband Dwyane Wade’s latest birthday surprise that she deemed the “best bday gift yet.” In a new Instagram video she captioned, “The moment you find out your man has made you his 17th tattoo,” the actress shared the moment her retired NBA star hubby revealed “his best bday surprise” while the two were visiting South Africa. The clip shows Dwyane, 40, holding up his wrist to show Gabrielle his new ink — a tiny heart with her initials, GU, written beside it — before she pops up out of a chair to give him a kiss in the tattoo parlor. Dwyane’s other tats include the name of the couple’s daughter, Kaavia James, on his shoulders, and the word “family” on his arm, according to People.

Jay Leno has confirmed he’s “OK” after suffering severe facial burns in a fire on Sunday (Nov. 13). “I got some serious burns from a gasoline fire. I am OK. Just need a week or two to get back on my feet,” the former “Tonight Show” host told Variety in a statement on Monday. TMZ previously reported Jay was hospitalized at Grossman Burn Center after the incident, which reportedly took place in his garage in Los Angeles when one of his cars caught on fire. Jay, 72, was forced to cancel an appearance at a financial conference in Las Vegas, according to People, which was first to report the news. “His family was not able to provide us very many details, but there was a very serious medical emergency that is preventing Jay from traveling,” organizers told conference attendees in an email. “All we know is that he is alive, so our prayers go out to him and his family tonight.”

Trevor Noah announces next move after ‘The Daily Show’

Trevor Noah is hitting the road. “The Daily Show” host revealed in September that he’ll say goodbye to his post on Dec. 8, after seven years on the Comedy Central series. And on Monday (Nov. 14), he announced plans to launch a major comedy tour dubbed Off the Record on Jan. 20, according to The Hollywood Reporter. Boasting stops in 28 U.S. cities, with international dates TBA, the tour begins in Atlanta and features performances in New Orleans, Boston, New York, San Francisco and Austin, Texas, among others. He’s slated to perform multiple nights in a number of cities, something THR notes he couldn’t really do while working for “The Daily Show.” (Trevor, did, however, continue touring while managing his host duties at Comedy Central.) In his exit announcement this fall, the South Africa-born comic cited his desire to tour more as a major factor in his decision to leave. “I spent two years [of the pandemic] in my apartment, not on the road, and when I got back out there again, I realized that there’s another part of my life that I want to carry on exploring,” he explained in September. “I miss learning other languages, I miss going to other countries and putting on shows, I miss being everywhere and doing everything.” Trevor is also gearing up to promote a new Netflix comedy special, “I Wish You Would,” due out Nov. 22.

Princess Diana’s biographer, Andrew Morton, was “shaken” by Elizabeth Debicki’s portrayal of the royal in Season 5 of Netflix’s “The Crown.” “It left me breathless, and it took me back all those years,” he said on “Good Morning America” on Friday (Nov. 11). The author’s bombshell 1992 book, “Diana: Her True Story,” detailed Diana’s marital strife and Prince Charles’ affair with Camilla Parker Bowles, her bulimia struggles and the depression and isolation she was battling as a member of the royal family.It’s featured in the fifth season of the Netflix show, as is the late royal’s famous “Panorama” interview with now former BBC journalist, Martin Bashir. “I mean, I don’t say this very often, but I was shaken,” Andrew said. When he initially published the book, he denied Diana had been involved in the project. Following her separation from Prince Charles later that year and then her death in 1997, Andrew published a second edition in which he confirmed she’d been his main source for the biography. Titled “Diana: Her True Story in Her Own Words,” that book included edited transcripts of the answers she recorded for Andrew after receiving his questions via a friend, according to Entertainment Weekly. Reflecting on the project, Andrew also recalled that when he launched the project, he was unaware of how bad things had gotten for Diana. “What I didn’t realize at the time was her sense of isolation, her sense of despair inside the royal system,” he said on “GMA.” 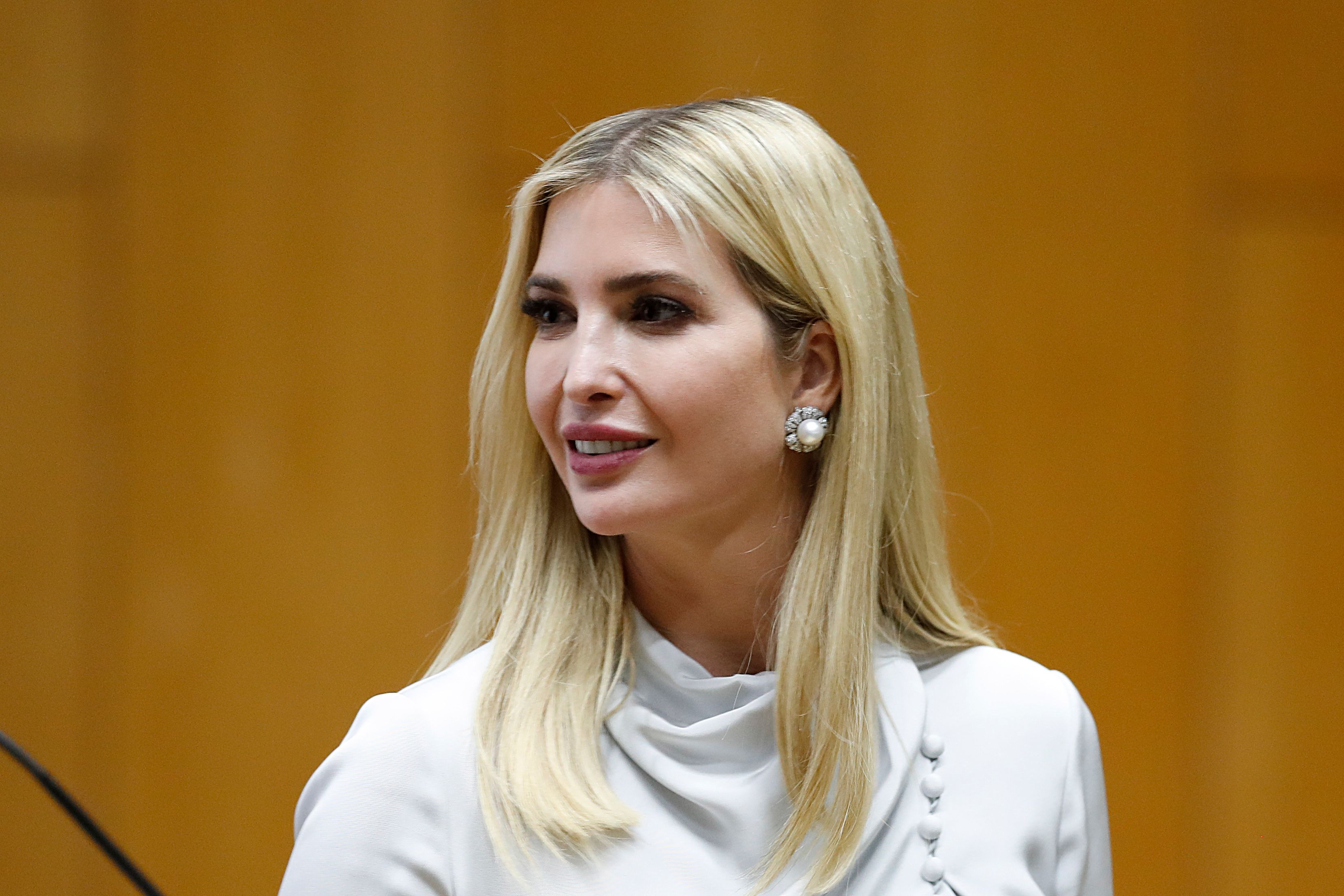 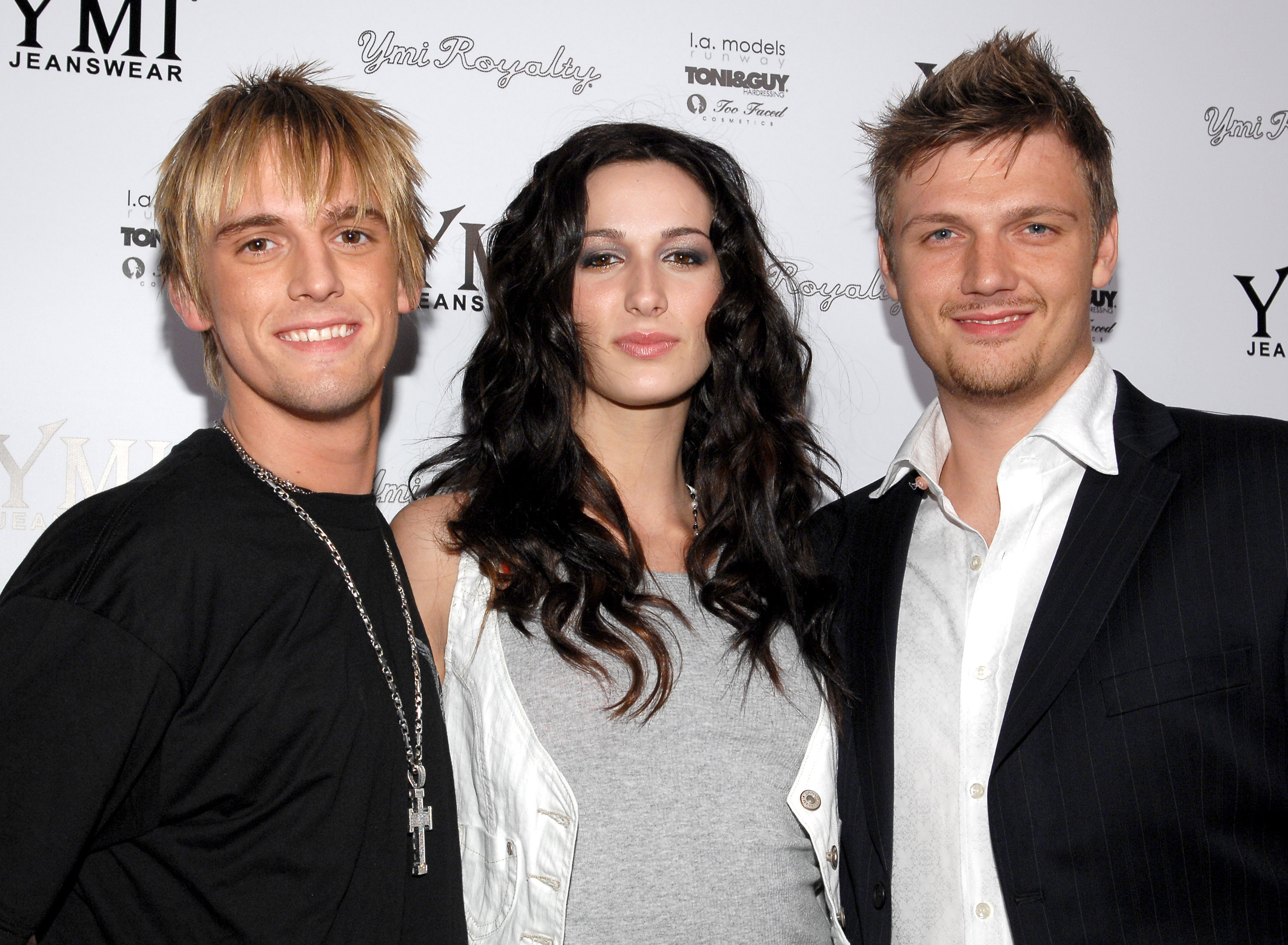 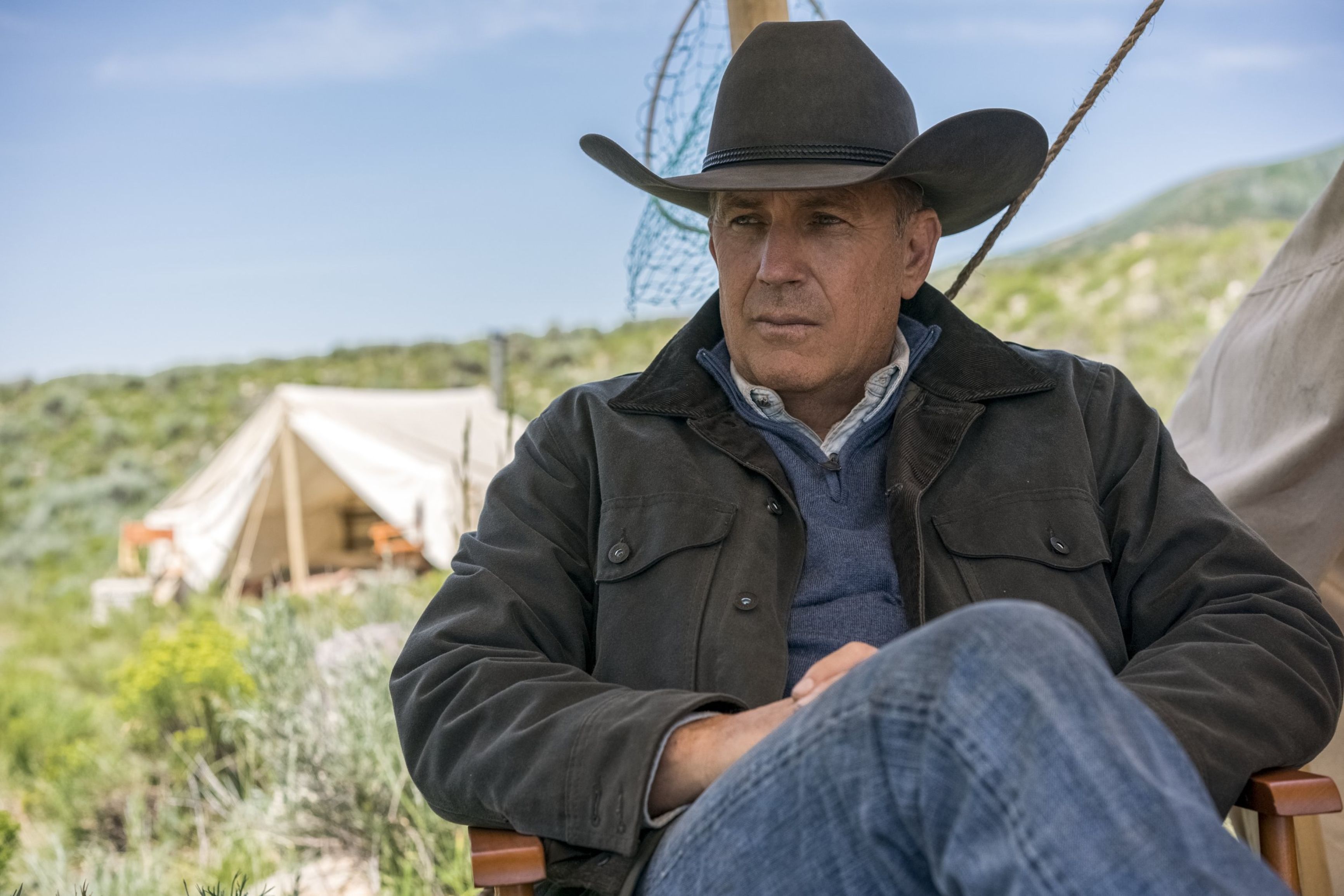 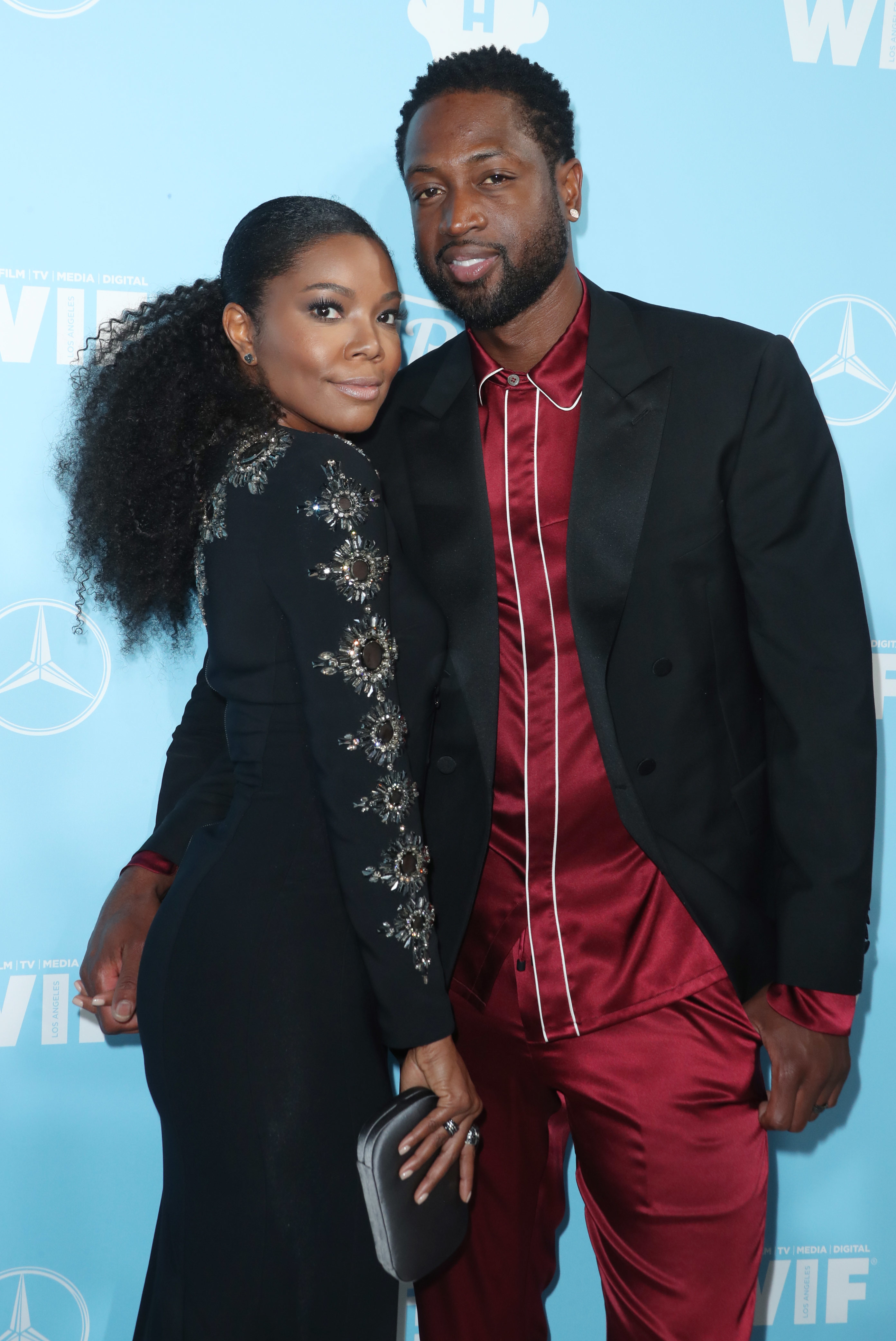 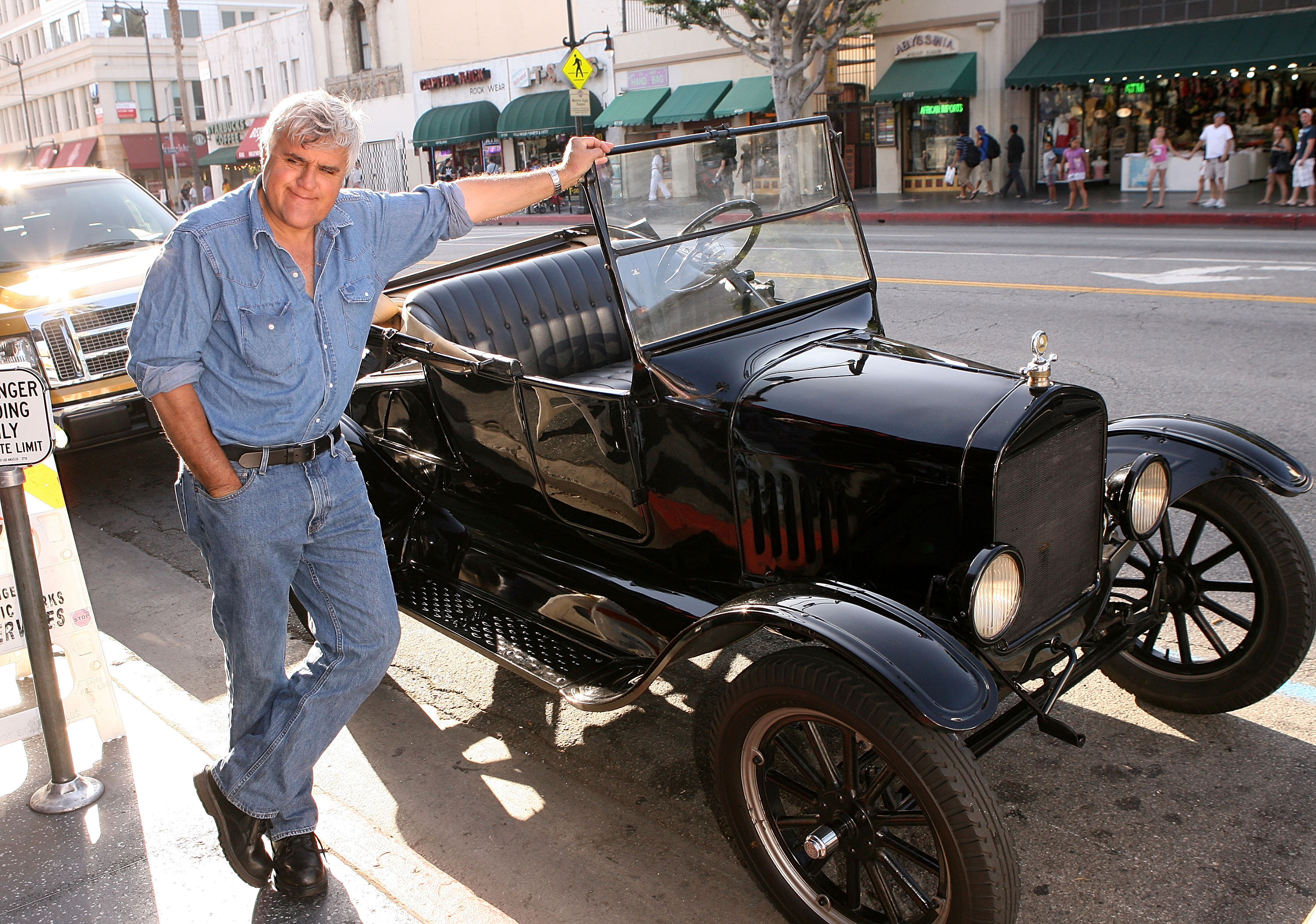 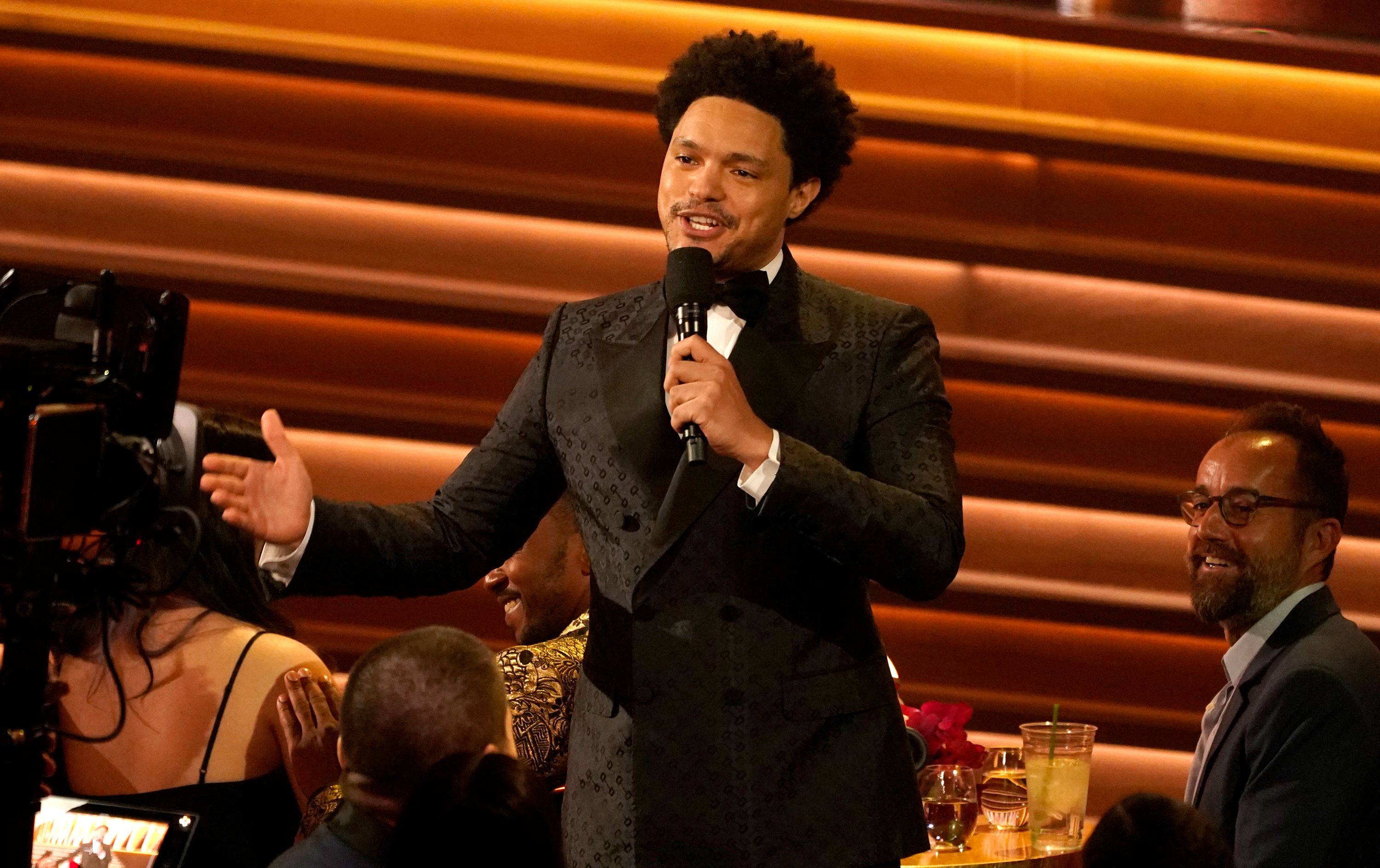 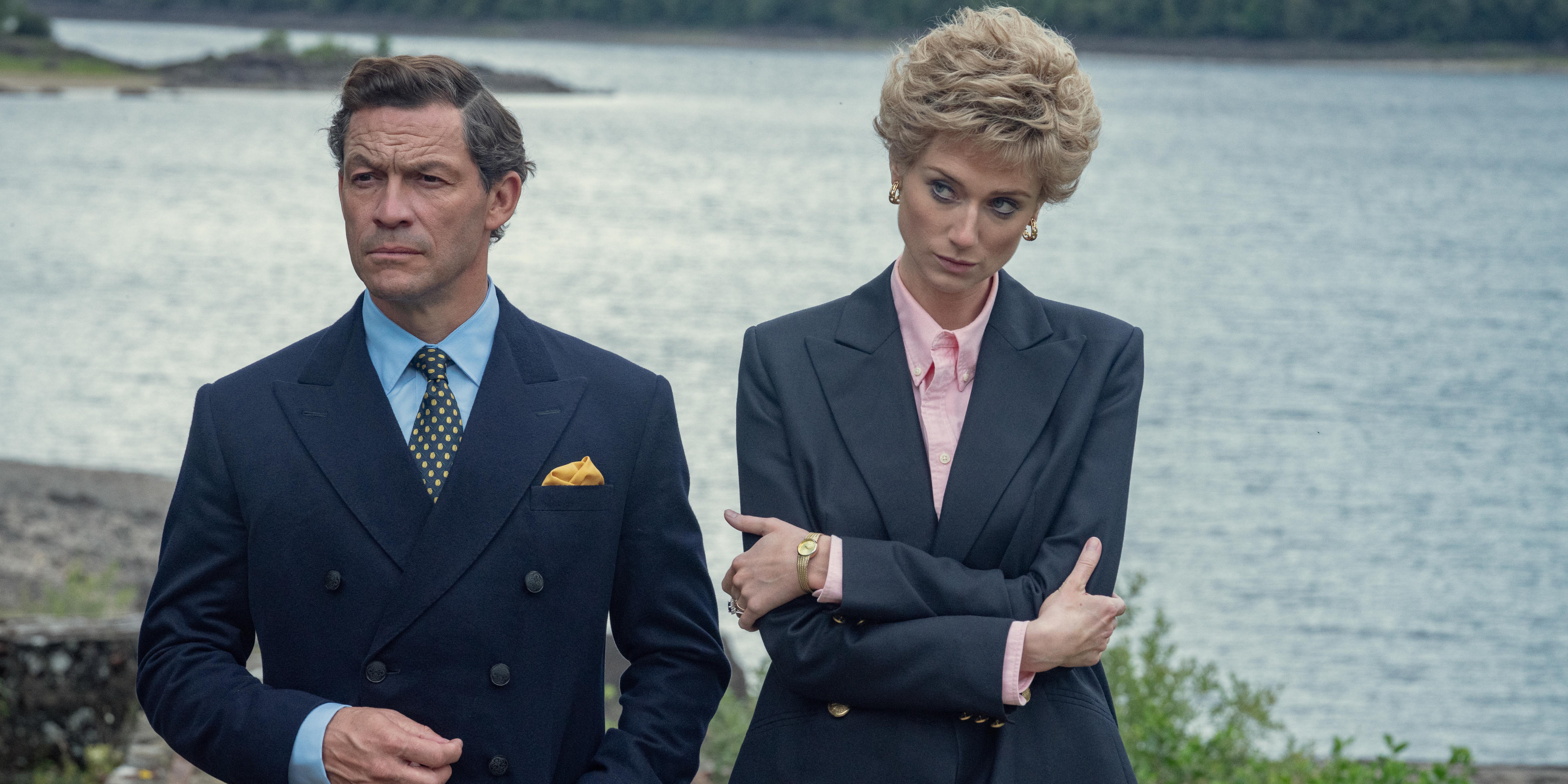 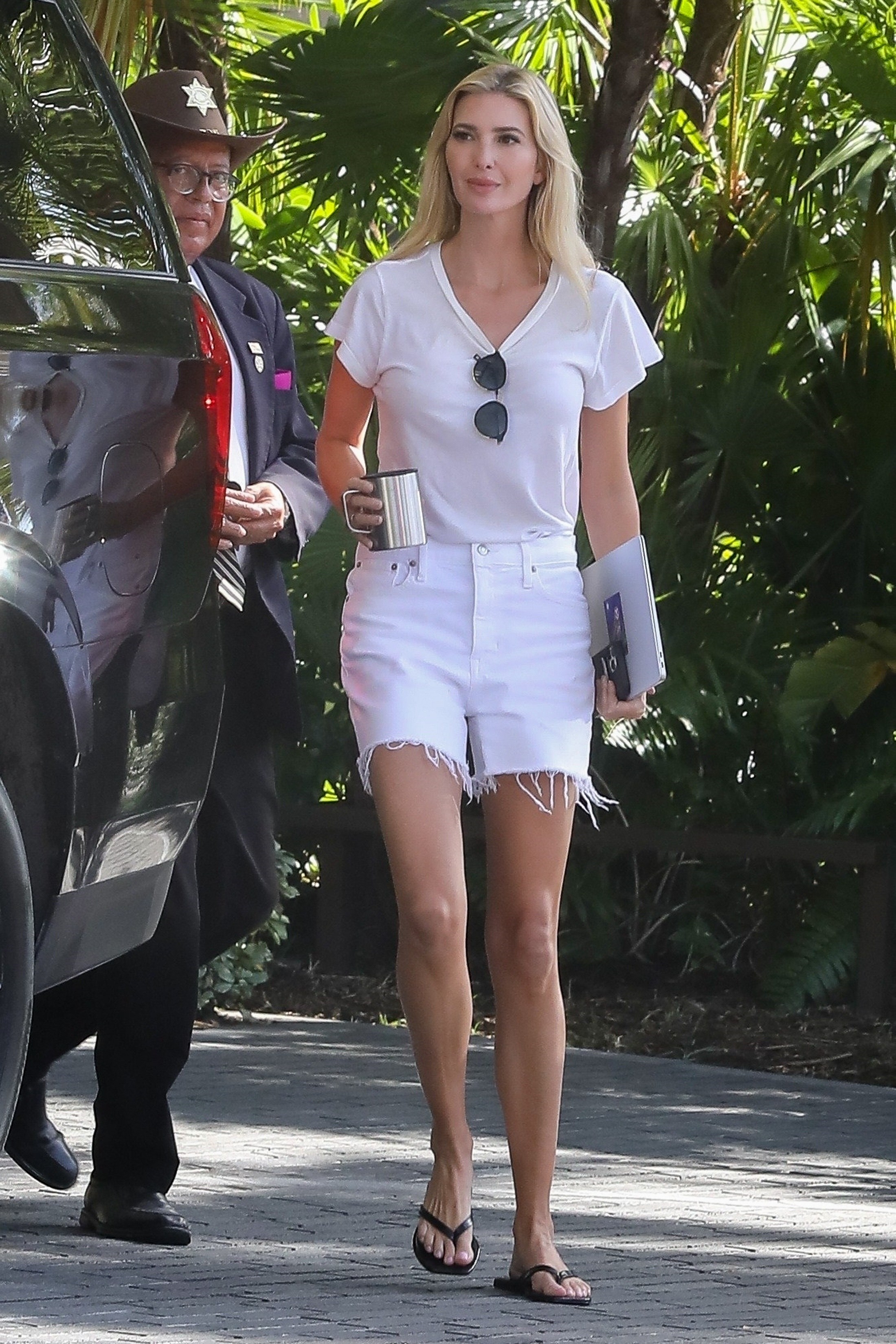 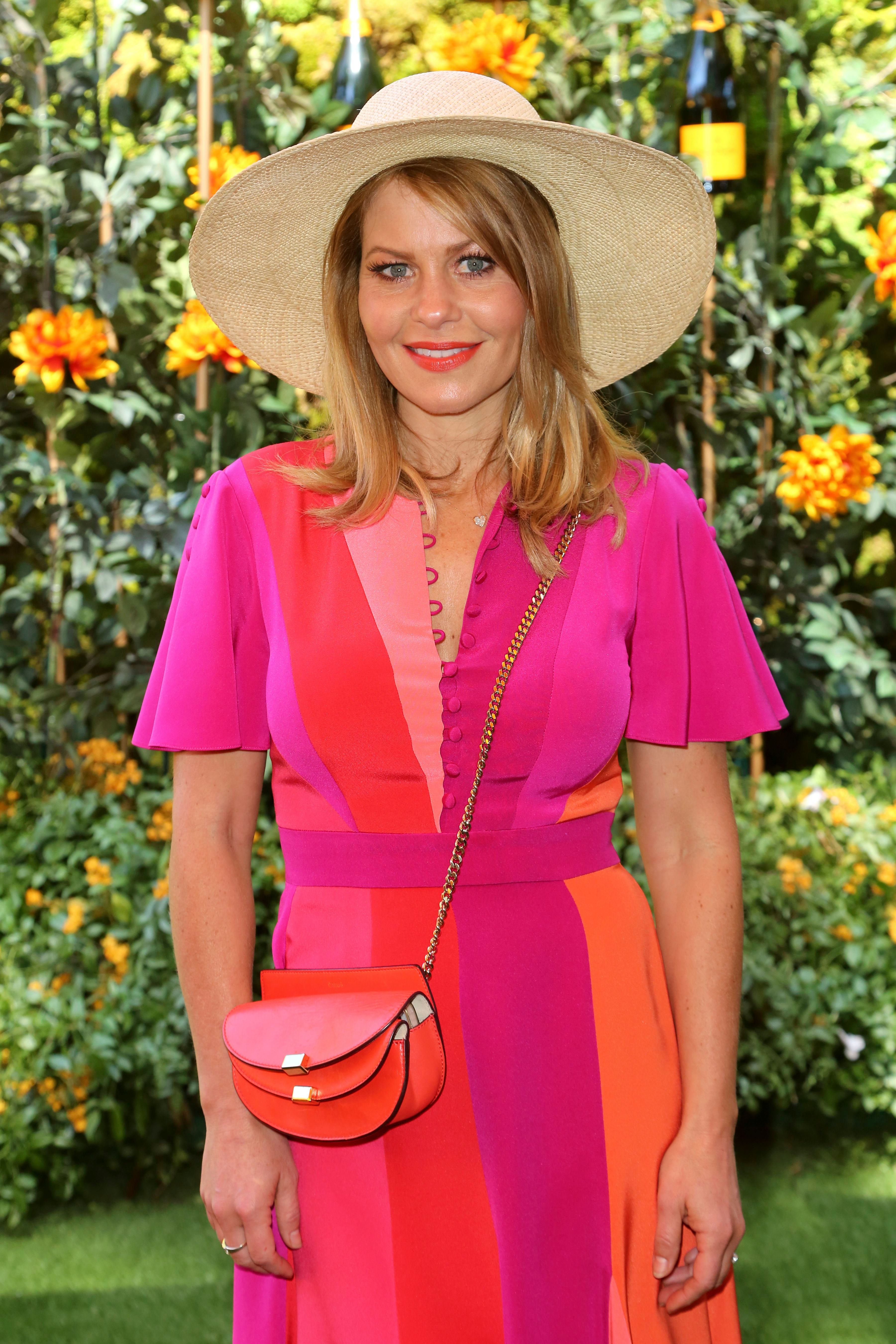