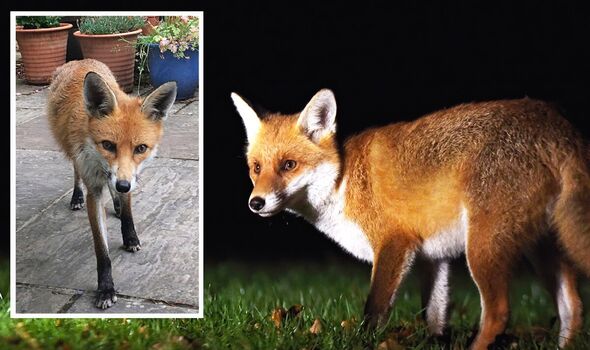 Foxes are beautiful and smart creatures, and many wish to admire them in nature, not in their back gardens. From unexpected piles of excrement to fox holes and dens, there may be many issues that would make you wonder about what repels foxes and how to get rid of foxes in the garden. Express.co.uk spoke to Jordan Foster, Pest Control Expert at Fantastic Pest Control about the most humane and effective methods to stop foxes from coming into your garden and making it their home.

Mating season for foxes starts in January when territories are well established. Foxes like to choose the safety of a wooden structure to create their nest under, so it’s worth checking your garden and sheds thoroughly for signs of foxes.

In March, cubs are then born and the vixen (mother) stays underground or in her den while her mate hunts and brings food. In April the cubs start to appear outside the den.

Jordan shared three signs you have foxes in your garden; droppings, noises and dens.

1. Fox droppings – If a fox has decided to take shelter in your garden, it will have to claim that territory from others of its kind by fouling it. The expert said: “Initially, you might not know what the droppings are since they look similar to medium-sized dog droppings. It is more common for fox droppings to contain fur, feathers, bones, or seeds due to their diet.”

2. Fox noises – “At night, fox noises are one of the most torturous signs of their presence,” he added. “It is estimated that foxes can produce up to 28 sounds. Even though they are mostly silent, listening to them gets unbearable when mating season comes.”

3. Foxes’ dens – Jordan explained: “It might take some time to notice a fox den on your property. Wooden constructions, such as your house, shed, etc are the most common place for foxes to build their den. You’ll surely hear their noises much earlier if the den is under your house.”

How to get rid of foxes in the garden

While it is not illegal to hunt or kill a fox unfortunately in the UK, it is against the law to cause unnecessary suffering to this and many other animal creatures under the Animal Welfare Act 2006. There’s a fine of up to £20,000 for offenders.

If you do find the task too difficult, or consider it disturbing and unethical to deter the fox, contact a pest control specialist to deal with the situation.

Note: If a territory has been marked by a fox, it will take some persistence to get it to move on, and if they feel its territory is threatened, you may find increased markings.

Foxes have a strong sense of smell and you can use this to your advantage by learning what smells a fox hates.

Jordan said: “Foxes are reported to dislike the smell of chilli peppers and garlic, so try infusing them in boiling water and spraying them around your garden as a fox repellent.”

Other animal repellents are available, but be aware of the risk to other wildlife and always read the instructions carefully before using them.

“A garden with overgrown areas can provide shelter for foxes, as they like to feel safe and secure,” the expert explained. “Give your garden a tidy if you want to prevent foxes from settling in it.”

Be mindful that overgrown areas are also homes for lots of other wildlife such as hedgehogs, and wildflowers also help pollinators.

Foxes are afraid of people, loud noises, flashing lights and sudden movements so “a motion sensor light or sprinkler can be used”.

“Sudden light or bursts of water” are also effective ways to banish foxes from your garden.

A less invasive way to keep away foxes is to leave a light on in your garden; foxes enjoy the comfort of darkness and will avoid any well-lit areas.

“If you want to prevent foxes from gaining access to your garden, you can install fences that do not have holes or gaps in them or by placing prickly plants along the property border that make access difficult,” Jordan added.

Again, be mindful of the other wildlife that visits your garden, such as hedgehogs who benefits from small holes in the fence as they search for food.

Foxes can also jump up to two metres high, so blocking holes in a fence may stop other animals but perhaps not foxes.