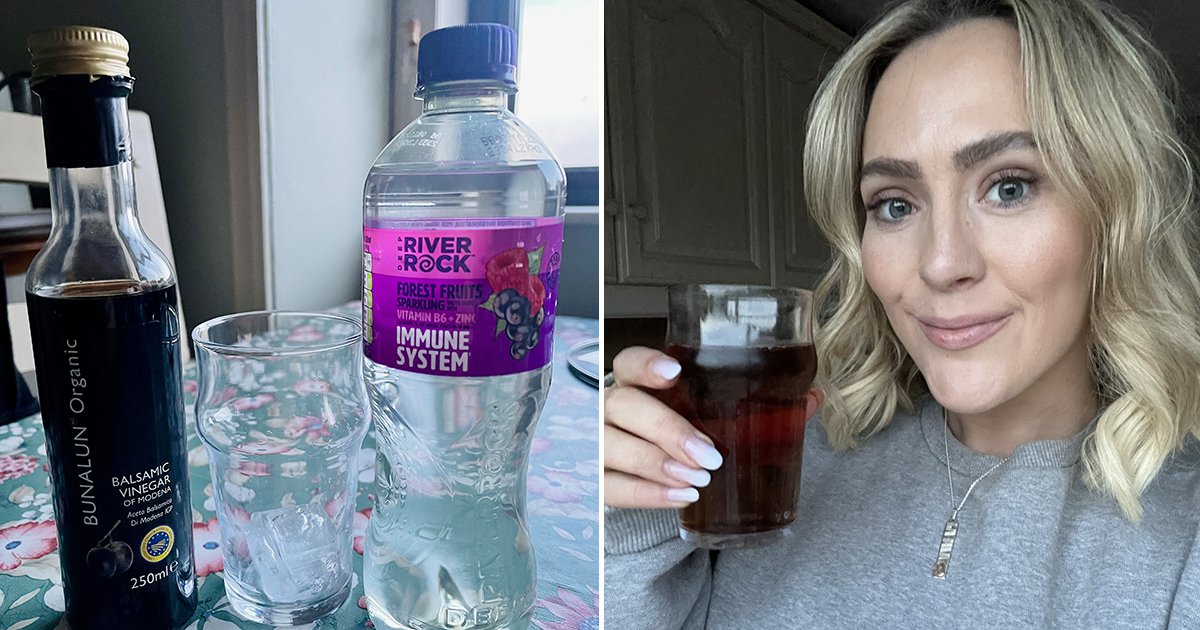 Can you remember the first time you had a sip of Coca-Cola?

At the age of five, I was introduced to the sugar-filled drink. I was so enarmoured with it that I drank an entire two-litre bottle in one sitting and subsequently got violently sick.

It should have put me off, but it didn’t.

Over the years I went through periods of obsession with various types of Coke drinks.

After acquiring a deep fear of teeth decay, I moved from normal Coca-Cola to Diet Coke. There wasn’t a day in my four years of college where I wasn’t popping a can.

When I was stressed, hungry or tired, I reached for a can of the diet good stuff.

Then my interests turned to Coke Zero. Promising the taste of the original without the sugar rush, a new love affair began. Soon a trip to McDonald’s for a large one became a must on a hungover Sunday.

So, when I came across a recent TikTok hack that claimed to make a ‘healthy’ coke, my interest was piqued.

Using only two ingredients, the trend was started by @mandyvjones who posted a TikTok explaining that her Pilates instructor makes the concoction almost every day as a ‘healthy alternative to a Coke.’

@LaCroix Sparkling Water you should try this

In her video she makes the drink using balsamic vinegar and a Guava-flavoured La Croix which is a brand of sparkling water available in the US.

With millions of views, people wondered if it was true.

I did too and so decided to try the drink for myself.

On a humid Monday evening, I drove to my local shop and picked up the ingredients needed.

Sadly, we don’t have La Croix in Ireland (where I live), because we just aren’t cool enough and also, customs.

Instead, I used a basic bottle of Deep River Rock sparkling water in summer fruits flavour, which claimed to give me a hit of vitamins.

Mandy advises people to use the vinegar as a dilute over ice and then pour the sparkling water on top to mix.

This is exactly what I did, meaning it’s time to cue the drum roll.

There is no depth to this drink, it’s all sweet vinegar and no flavour.

To me, it tastes like the cheap cola you give to a child when you don’t want to spend the money on the real thing.

The child then drinks it and combusts into tears because you have just crushed their dreams.

It is simply nothing like the original and any claim saying otherwise is wrong.

My advice? Just go out and buy the real thing and keep the vinegar for a nice salad.