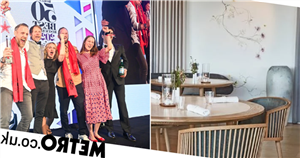 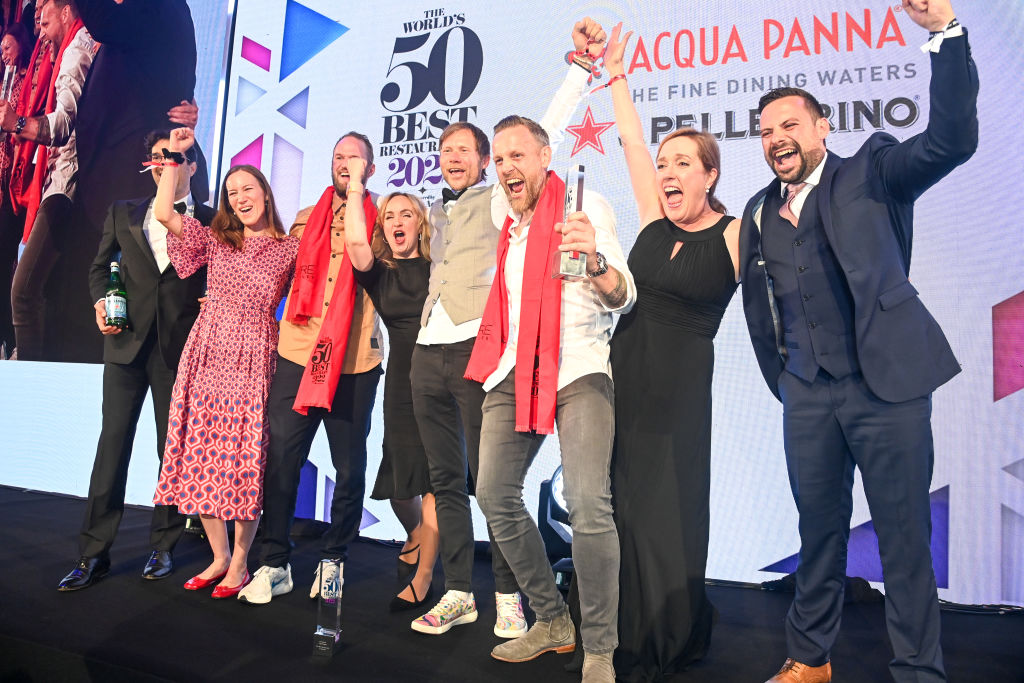 When you think of stadium food, you probably think of tepid pies and paper plates of pallid chips.

However, that couldn’t be further from the truth at Geranium in Copenhagen; the football ground eatery that’s just been ranked as the World’s Best Restaurant.

Headed up by chef Rasmus Kofoed, Geranium is located on the eighth floor of Parken Stadium, the home of Copenhagen FC, with views of the expansive Fælledparken park.

Given its unique setting and the fact it opened in 2010 during the financial crisis, Kofoed said in his winner’s speech: ‘All odds were against us.’

Since then, the restaurant became the first in Denmark to achieve three Michelin stars, and commands a price of 3,200DKK (£367) for a tasting menu per person.

The list, chosen by a panel of 1,080 culinary experts, features spots and cuisines from all over the globe, with this year’s top 10 highlighting a number of Latin American chefs.

Two British restaurants made the 50 Best list, with The Clove Club in Shoreditch nabbing 35th place.

The modern British fare served up by Isaac McHale Daniel Willis and Johnny Smith received its second Michelin star this February, making The Clove Club a venue not to be missed.

Ikoyi, in St James, made its first appearance on the list, coming in at spot 49. Owners Iré Hassan-Odukale and Jeremy Chan utilise West African ingredients and flavours, and were labelled as ‘one to watch’ last year.

With 28 new entries, William Drew, director of content for World’s 50 Best Restaurants said: ‘The gastronomic landscape has changed significantly since the last full year of voting,’ adding that ‘shifting culinary tastes’ and geographical areas ‘becoming more important,’ may have played a part.