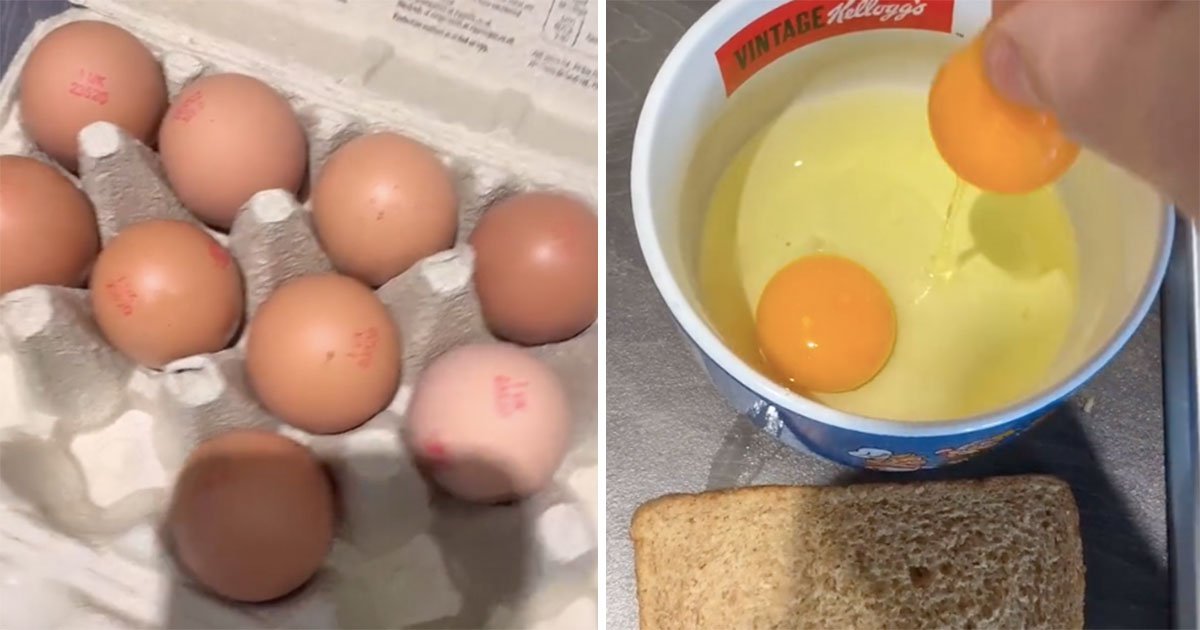 You’re not alone if you took to the internet to research ‘how to separate egg whites’.

The suggestions offered are often messy; let the white stuff run through your fingers while you hold the yolk. Or keep scooping the yolk out with the shells until the translucent substance falls onto a bowl.

But one man has found an incredible hack to separate the two with ease.

The British TikTokker, who goes by @rightguysaldireviews and shares food tricks and reviews, revealed all you need to do is rub your index finger and thumb on some bread first.

Then simply lift the yolk out of the white and transfer onto a different dish.

And that’s all there is to it. The trick seemed to work when other TikTokkers tried it on their channels.

What is this sorcery?

Apparently this happens because the bread takes away the natural moisture from the fingers.

And as our fingers are soft and there’s nothing to snag the yolk, they can be used to simply scoop the yellow stuff out.

The genius poster told his viewers in the video: ‘Right guys, got the free range eggs out. Just going to show you a little hack of how to separate your whites from your yolks.

‘What you want to do is rub your fingers like that on a piece of brown bread and then go in and grab your egg yolk.

He then tried it on several eggs to prove his method works. But in between each lift, the man re-dried his fingers on the bread before attempting a scoop.

The trick blew many people’s minds, with more than one million people tuning in. Some wondered how he made the discovery, to which the poster replied it was something his granddad taught him 20 years.

Others said: ‘I refuse to believe this isn’t witchcraft,’ and ‘What? Best thing ever!’

Some tried it while others are keen to do so. ”OMG I TRIED IT AND IT ACTUALLY WORKS,’ said one, while another added: ‘I wanna go buy some eggs just so I can try this!’