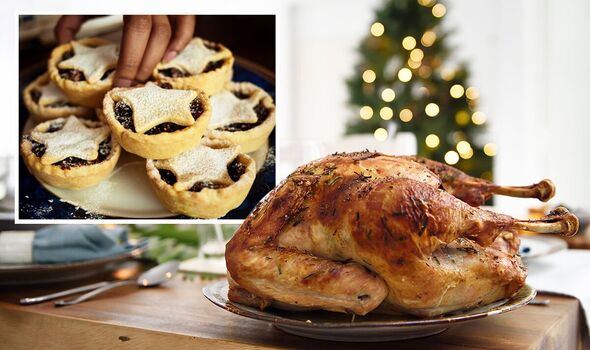 When you think of Christmas, alongside wishes for snow, and children hoping for a visit from Santa, many reminisce about certain food and drink that is only available and consumed at this time of year. But, what do Brits want to feast on during this indulgent period? To reveal the nation’s most loved and disliked festive foods, Manchester-based hotel The Midland, surveyed 2,010 Brits to create the Festive Food Trends report which revealed the foods and dishes Brits love year after year, and those they want to relegate from the festive period.

It’s no surprise, pigs in blankets are the nation’s favourite Christmas food, with almost half (48 percent) stating this Christmas dinner staple as their most loved festive food.

Cheese and crackers follow with 47 percent claiming the after-dinner dish is their preferred Christmas food.

In terms of drinks, hot chocolate takes the top spot, with traditional mulled wine not even making the top five.

The study also found what foods are disliked the most, with smoked salmon taking the top spot.

For drinks, eggnog is disliked by 22 percent of those surveyed, followed by mulled wine and mulled cider.

And whilst not many of those surveyed enjoy eggnog, it is one of the top 10 most searched-for Christmas foods, so lots of households like to try it.

Unsurprisingly, the food that is eaten the most over the Christmas period is turkey, with almost a third of Brits (31 percent) tucking into it.

Pigs in blankets and roast potatoes join turkey in the top three.

Despite sprouts often splitting opinions as being either loved or hated, a whopping one in eight (12 percent) Brits consume them over the festive period.

And whilst many suggest Yorkshire puddings don’t belong on a Christmas dinner with turkey, they are the most-searched-for Christmas food, but only 11.5 percent add them to their plate on December 25.