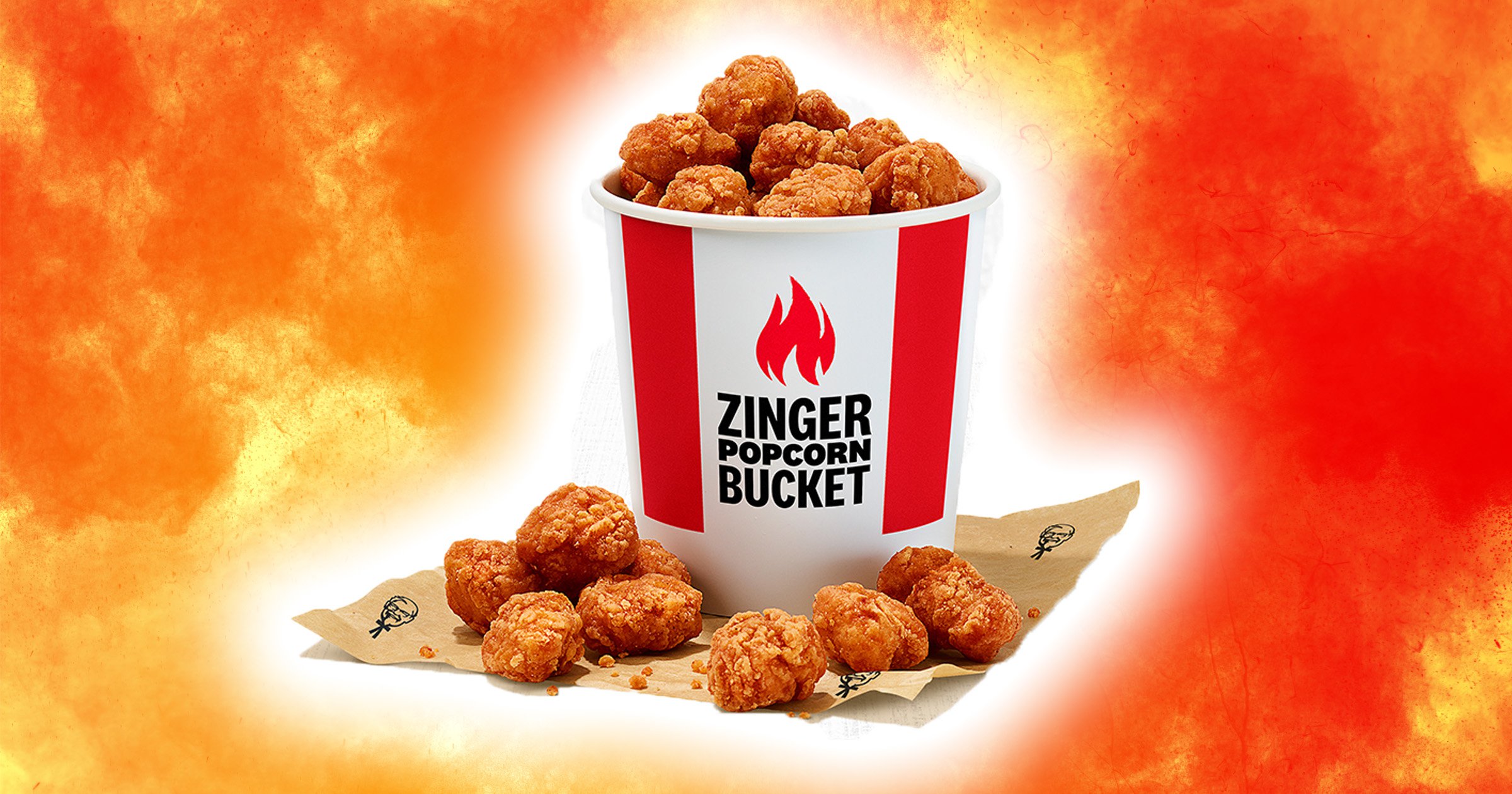 Chicken fans, spice fans – the latest launch from KFC is sure to get your mouths watering.

The fast food chain has just announced that one of its fan favourites is getting a fiery makeover.

Popcorn Chicken is being levelled up with a spicy twist, that they say is not for the fainthearted.

The new Zinger Popcorn Bucket combines the bite-sized chicken treat with the famous kick of the Zinger burger, for a whole new taste experience that might leave you sweating.

After a successful trial earlier this year, the new menu item will be available nationwide for a limited time only from 6 September – 31 October, so you’ll have to be on the ball if you want to give it a try.

The new release isn’t the first time a fast food chain has dabbled with spice.

Back in July, McDonald’s launched the McSpicy, it’s hottest burger to date, which featured a fried chicken fillet cooked in a zingy hot marinade.

But, a few years back, the famous burger joint came under fire for not having enough fire in their so-called ‘spicy nuggets’, as critics claimed they weren’t hot enough.

But maybe KFC could scratch your itch for heat, as they say their new Zinger bucket is ‘seriously spicy’ – and a bit of heat is just what we need as summer finally fizzles out.

Is it hot enough? You’ll have to try it and judge for yourself.

The new product is available in-restaurant, for takeaway and mobile ordering via the KFC app for £5.99.

If you do happen to stop by a KFC restaurant, you can upgrade to a meal with fries and a drink for an extra £1.50.