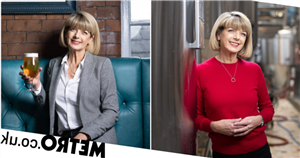 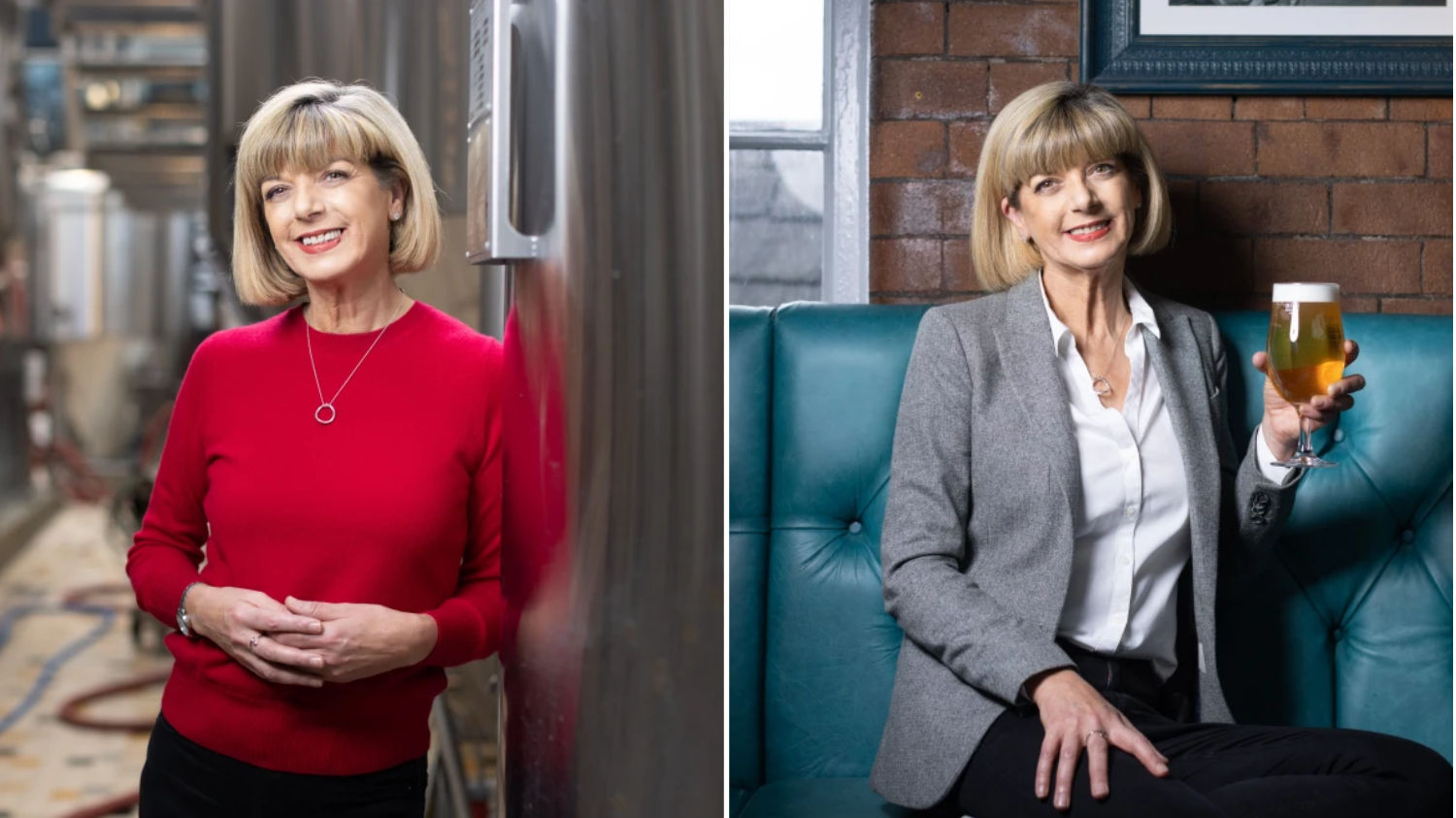 The words ‘beer’ and ‘sommelier’ aren’t often used in the same sentence, but that’s exactly what ‘BeerBelle’ Annabel Smith is.

While clowns like us are sat at a desk typing into a silly little machine all day, Annabel, who lives in Yorkshire, is out there talking all things beer.

With such a unique and envy-inducing title, we had to know more about what her job is like.

But first, how does one get into this as a line of work?

Annabel, 54, says: ‘I’ve always had a passion for beer and its potential to transcend to many different aspects, including food.

‘Part of my job is to make beer a less daunting prospect and get drinkers to understand how well it can work with food.

‘For example, I work very closely with Birrificio Angelo Poretti, an Italian brand from Valganna that has been brewed specifically to pair with food since 1877.

‘Did you know that the tiny bubbles in beer (like this one) scrub away at the fat on your tongue and act like a palate cleanser in between each mouthful of food?

‘Beer is the most imbibed drink in the world after water and tea, and if that’s not something to celebrate, I don’t know what is.’

Annabel was initially inspired to make tasting and talking about beer her profession by the conversations she heard beer fans having in the pub.

‘It’s always the beer drinkers that get chatting to each other, isn’t it?’ she remarks. ‘I loved that sociability, and it inspired me to learn more about beer, brewing, pubs and pass that knowledge on to others.

‘I earned a lot of qualifications through the Beer And Cider Academy, which is where I became an accredited Beer Sommelier.

‘But to be honest, a lot of it was “home study”: I’d read up about a style of beer, go and find it, try it, and make my own notes about it.

‘Beer and food matching came a lot later. This is very subjective – what suits one person’s palate might not suit another’s. It’s not that one person is wrong, and the other is right, it’s about experimenting and trying things out.’

So what does a typical day in the life of a beer sommelier look like?

Annabel: ‘Much of my time is spent teaching people about beer, but I also curate menus with brewers, restaurants, and bars to create a beer range that harmonises with their food offering.

‘A beer sommelier is an expert in the field of beer. Considering beer is every bit as complex and varied as wine, there’s a lot to learn. A beer sommelier has an extensive understanding of styles, flavours, and ingredients.

‘In addition to this, we study the brewing process, correct storage, and serving of beer, appropriate types of glassware and the history of beer. A keen palate and sense of smell are essential to detect and decipher the different flavour notes in beer, and crucial when pairing different beer styles with food.’

During a typical workday, Annabel will, of course, chat about beer, but that’s not as straightforward as one might think.

‘It’s really important that I stay on top of industry news, consumer trends, and new products emerging in the beer sector,’ she explains. ‘I’ve got a really good network of beer-y people, including fellow beer sommeliers that I can turn to for advice or information, and they all play a role in making beer a success.

‘Equally, it’s vital I talk to people outside the industry – people who drink beer – and probably more importantly people who don’t drink beer, so I can understand attitudes and behaviours towards beer.

‘Restaurateurs and publicans are always a favourite of mine. They spend hours curating a wine list to pair with their food menu, and then beer’s an afterthought. Beer has as much a place on the dining table as wine, so I’d love to see more venues offering a well-thought-out beer list.’

Her typical day will likely also involve a few meetings which can vary pretty widely when it comes to the topic of conversation.

‘A brewer might want to set up a taste panel,’ she explains, ‘an organisation might want to arrange a beer tasting evening, or a pub company might want a training course creating for their managers.’

There are a range of skills Annabel will employ in a typical day, with presentation and public speaking being ‘key’.

‘I run a lot of training courses,’ she adds. ‘It’s my job to ensure I’m articulating topics in a clear manner, and that students understand the information.

‘Public speaking events are a bit different, you’re there to entertain people as well as inform them, so a sense of humour helps.

‘I love talking about beer, and enthusing people, so I’m not daunted getting up in front of a crowd.

‘I write a lot about beer as well, so this comes with a different skill set. You have to be articulate, grammatically precise and information accurate. You’ve got to be a ruthless editor and if working to a deadline, you’ve got to have absolute focus.’

If we weren’t already feeling envious enough about having beer as a vocation, Annabel also gets to travel pretty frequently for her work.

She says: ‘I work with people all over the country, and also overseas. Because of the nature of the job, I travel by train most of the time which can bring its own challenges.’

‘I’ve also always had an office at home – I need a quiet space to write up reports, articles and create training materials. It’s a good blend of being out on the road and desk work.’

And now the question likely on everyone’s lips – how much beer does she get to taste in a day?

‘It absolutely varies from day to day and what type of work I’m doing,’ Annabel explains. ‘If I’m judging beer at a festival, I might be tasting twenty different styles of beer throughout the day.

‘But I’ve got to emphasise, these aren’t pints of beer I’m downing, they are literally small samples.

‘If I’m running a Poretti event, for example, I’ll definitely have a glass of their beer in my hand. How could I tell people it’s a brilliant beer if I’m not drinking it myself?

‘Some days I don’t drink any beer at all because it’s all theoretical work – for example writing a training manual or teaching a class full of students. My palate is usually at its best first thing on a morning, before I’ve had anything to eat or drink.

‘I normally know when my palate is getting jaded, and I can’t pick up certain flavours or nuances in a beer. That’s the time to take a break and step away from the beer.’

When asked what she’d advise anyone who’s interested in getting into the same line of work, Annabel says: ‘Do the spadework first: go work in a pub, learn how things work in a beer cellar, or go work in a brewery to learn the basics of brewing.

‘Both of these things were absolutely critical for me to fully understand beer. It’s hard work, it’s not glamorous, but this will be your foundation.

‘Secondly, read and research everything you can find out about beer. Lots of ‘experts’ have conflicting opinions so be confident in forming your own opinions once you’ve done your research.

‘Thirdly, experiment with taste. Try lots of different beers, try them with food, really think about what you’re tasting. Remember, if you don’t like it, it’s probably your palate, it’s subjective. It’s all an experience.’