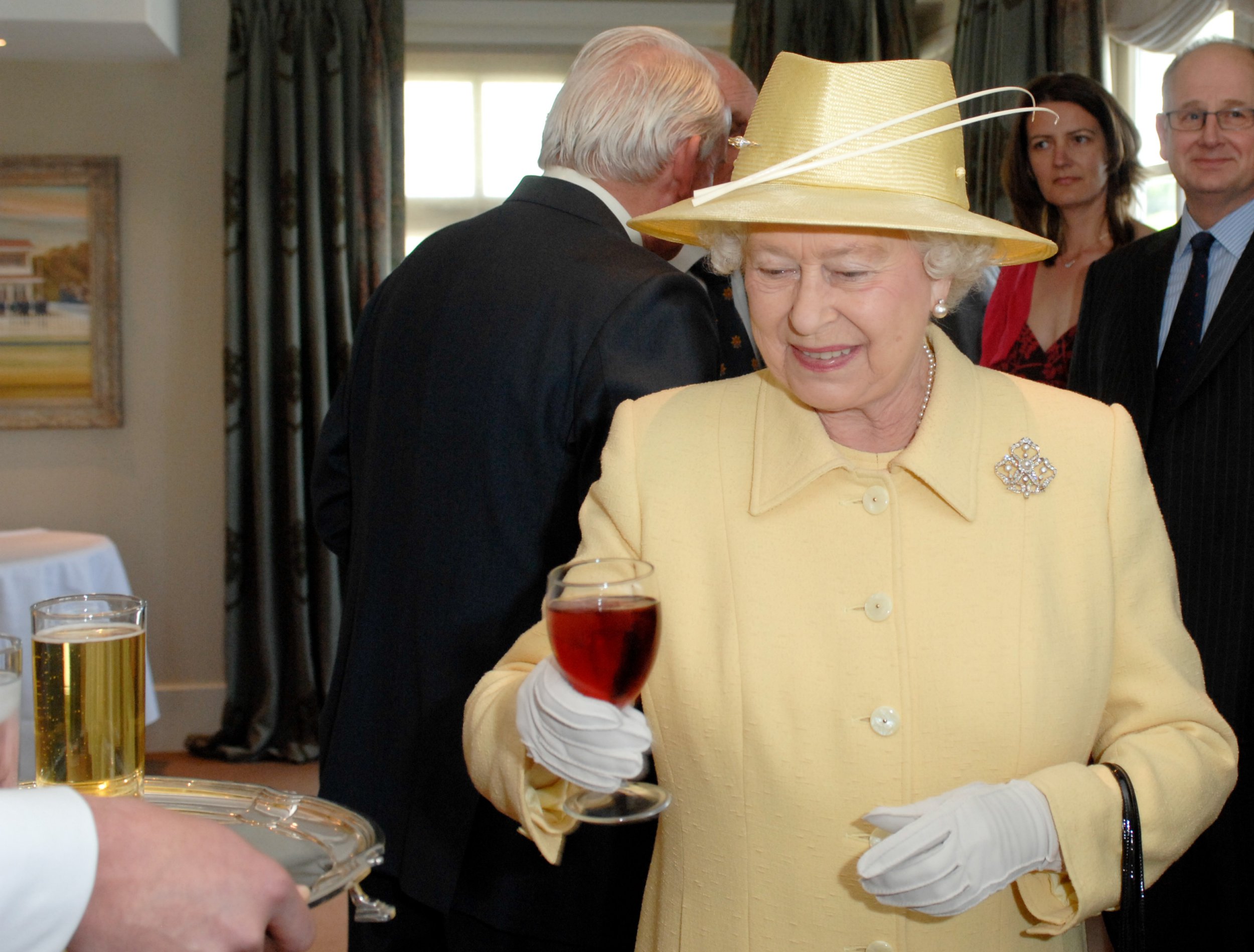 Following news of Queen Elizabeth II’s death at the age of 96, people across the UK are looking back over what made her such a cherished figure in the eyes of the public.

Of the myriad memories shared, some are choosing to pay homage to the Queen via the things she was known to be fond of.

The country has long been intrigued by the day-to-day routines of the monarch, from the food she ate to how she tended her beloved corgis.

Getting an insight into her habits gives people a chance to relate to the royals and to reflect on Her Majesty’s normalcy behind the scenes; she may have been the head of state, but she was also a person with feelings and preferences, just like all of us.

Among those preferences was a love of a tipple, with reports claiming Queen Elizabeth II regularly enjoyed a signature cocktail before lunch.

The Dubonnet was her drink of choice, previously a favourite of the Queen Mother, who once remarked ahead of an outing: ‘I think that I will take two small bottles of Dubonnet and gin with me this morning, in case it is needed.’

Her Majesty Queen Elizabeth II has died after 70 years on the throne, with her death announced by Buckingham Palace on September 8, 2022.

She died at the age of 96 at her home in Balmoral, with her son, the now King Charles, and daughter Princess Anne by her side.

The French aperitif is a blend of fortified wine, herbs, and spices, made by Pernod Ricard with an alcohol content of 14.8%.

Elizabeth II was known to prefer a cocktail of two parts Dubonnet to one part gin, garnished with a wedge of lemon and two ice cubes (or one large ice cube).

Its construction is deceptively simple, as the aromatised spirit has complex notes of grapes, blackcurrant, and tannins from cinchona bark, nicely offset by the tartness of the gin.

In 2009, at an event at Lords Cricket ground, the monarch was dismayed to find the drinks cabinet bare of her favourite beverage, sending her butler out to fetch more so she could enjoy a sip throughout the day.

In fact, the Queen loved it so much that she gave Dubonnet a Royal Warrant in November 2021 – an official seal of approval if ever there was one.

If you want to recreate the iconic cocktail, here’s how to make it at home.

How to toast the Queen

If you want to accompany your drink with a toast for the Queen, you can raise a glass while taking inspiration from the following famous tributes sent her way:

‘Ladies and gentlemen, will you please rise with me and drink a Toast to the Queen.’ – Dwight D. Eisenhower

‘On behalf of us all, I wanted to pay my own tribute to your lifetime of selfless service.’ – King Charles III.

‘In the words of Shakespeare, “To this blessed plot, this Earth, this realm, this England.” To the Queen.’ – Barack Obama.

‘Our hearts are broken, but even though we grieve we will remember the rich legacy of love, hope and acceptance that you have left for all of us.

‘We will miss you and we will remember you for years to come. So as we raise our glasses and toast Her Majesty, this time we say god take care of our Queen.’ – Jackie ‘O’ Henderson.

‘We mourn a woman, who, with or without the crown, was the epitome of nobility.’ – Helen Mirren.

‘Dignified, humble, wise, stoic, and dedicated to duty and service to the country she loved. Thank you for everything, Ma’am. We will be forever indebted to you.’ – Piers Morgan.

‘There is nothing more noble than to devote your life to the service of others. We stand with the people of the UK and Commonwealth in honouring the life and dedication to duty of her Majesty Queen Elizabeth II. May she rest in peace.’ – Tim Cook.