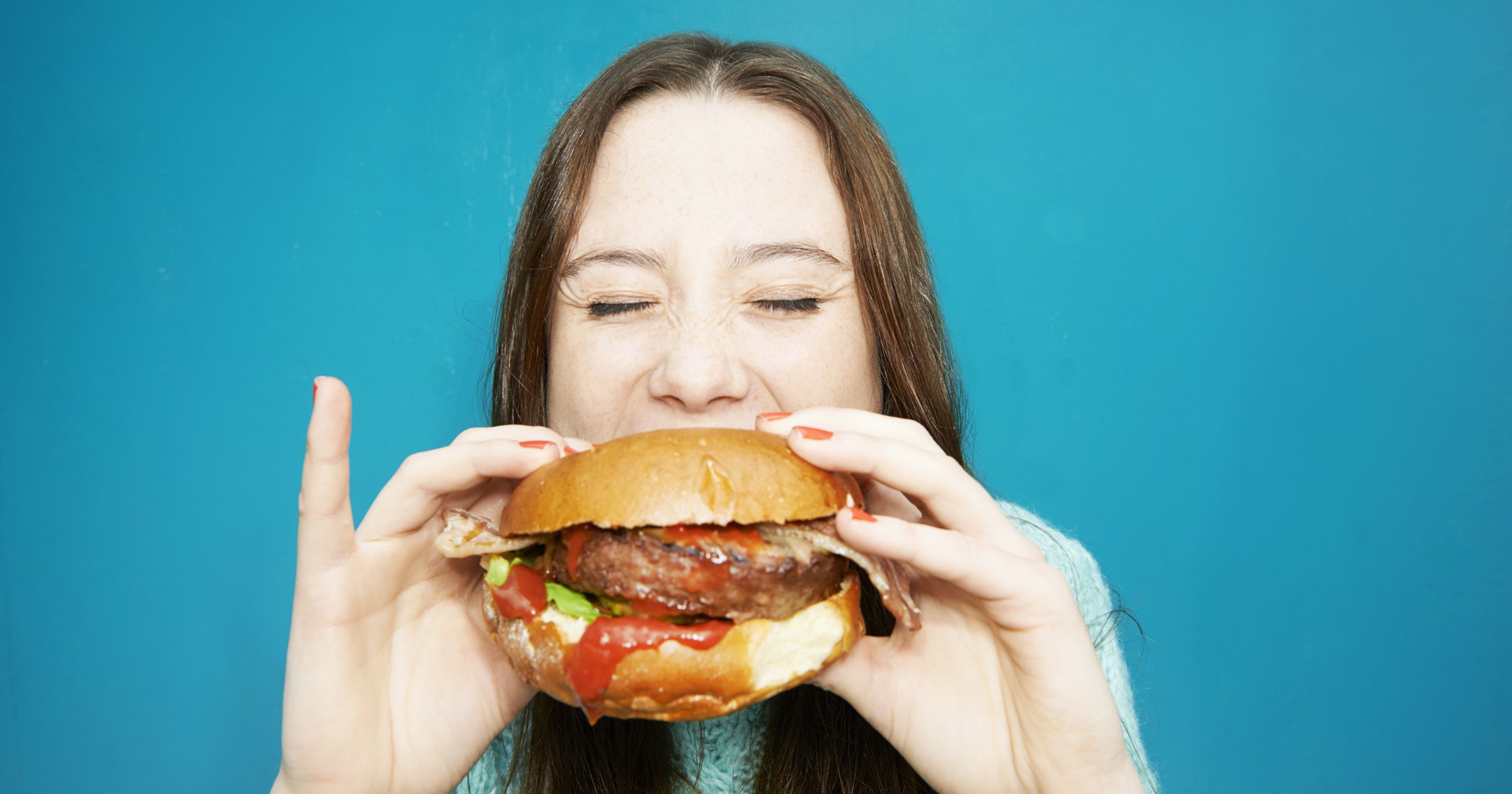 As a nation, we love burgers.

There’s a burger place on almost every street (in London at least) and there’s no telling what combination you’ll find.

There are chicken burgers, beef burgers, lamb burgers, veggie burgers, and not to mention the toppings: guacamole, cheese, bacon, coleslaw, a number of condiments – and the majority of them are delicious.

You probably think you know everything there is to know about a burger, but apparently not, because we might have been eating burgers wrong for our entire lives.

Now, burger lovers probably know that while it is a delicious meal, it’s also very messy.

When you’ve got a number of condiments and toppings involved, it’s often difficult to bite without everything falling out the other end – especially with a soggy bottom bun falling under the weight of everything inside.

Some people may choose to eat a burger with a knife and fork to prevent the messiness but, really, is that the right way to do it?

Apparently, we should be eating burgers with our hands and – here’s the key part – upside down.

It might sound weird but the idea is the top part of the bun is thicker and more sturdy, so it won’t disintegrate in your hands as easily.

Traditionally, when assembling a burger, the top half sits on the toppings rather than underneath it, so by the time you get the burger to your table or wrapped in a takeaway box, the bottom bun is completely soft. But turning it upside down would mean that the bun isn’t soaked through.

Additionally, the lettuce in a standard burger should be flipped over to act as a barrier for the juices, to stop it getting soggy too fast.

Simon Dukes, founder of the blog Burger Lad, told Insider that ‘burgers are served the way they are purely for aesthetics,’ not for ease of eating.

While aesthetically-pleasing food is very important – particularly in the age of Instagram – it’s better for us to be able to eat and enjoy our burgers.

A number of social media users agree with this way of eating, with one person tweeting: ‘I’ve always eaten my burgers like this because it’s less mess and I always thought I was being dumb but now I know I’m ahead of my time.’

Another said: ‘I don’t think a “my whole life is a lie” scenario has ever made this much sense before. Unbelievable.’

It’s not just people on the internet who are claiming that we’re eating burgers wrong (and to be honest, the logic is starting to make sense to us), but chain restaurant TGI Friday’s is also agreeing.

TGI Friday’s, in partnership with BMX Olympian Charlotte Worthington, has said that ‘flipping’ your burger is the best way to eat it.

The company has launched the #FlipItChallenge to ask fans to share an image or video of themselves testing out its new range of burgers by eating it upside down.

The challenge offers foodies the chance to win a £50 voucher for the restaurant. A burger expert from TGI Fridays said: ‘The reason that many say a burger tastes better when eaten “upside down” is that the top bun is thicker.’

So, if you consider yourself a burger connoisseur, you should try this new method out and see for yourself whether it is the ‘right’ way to eat a burger.