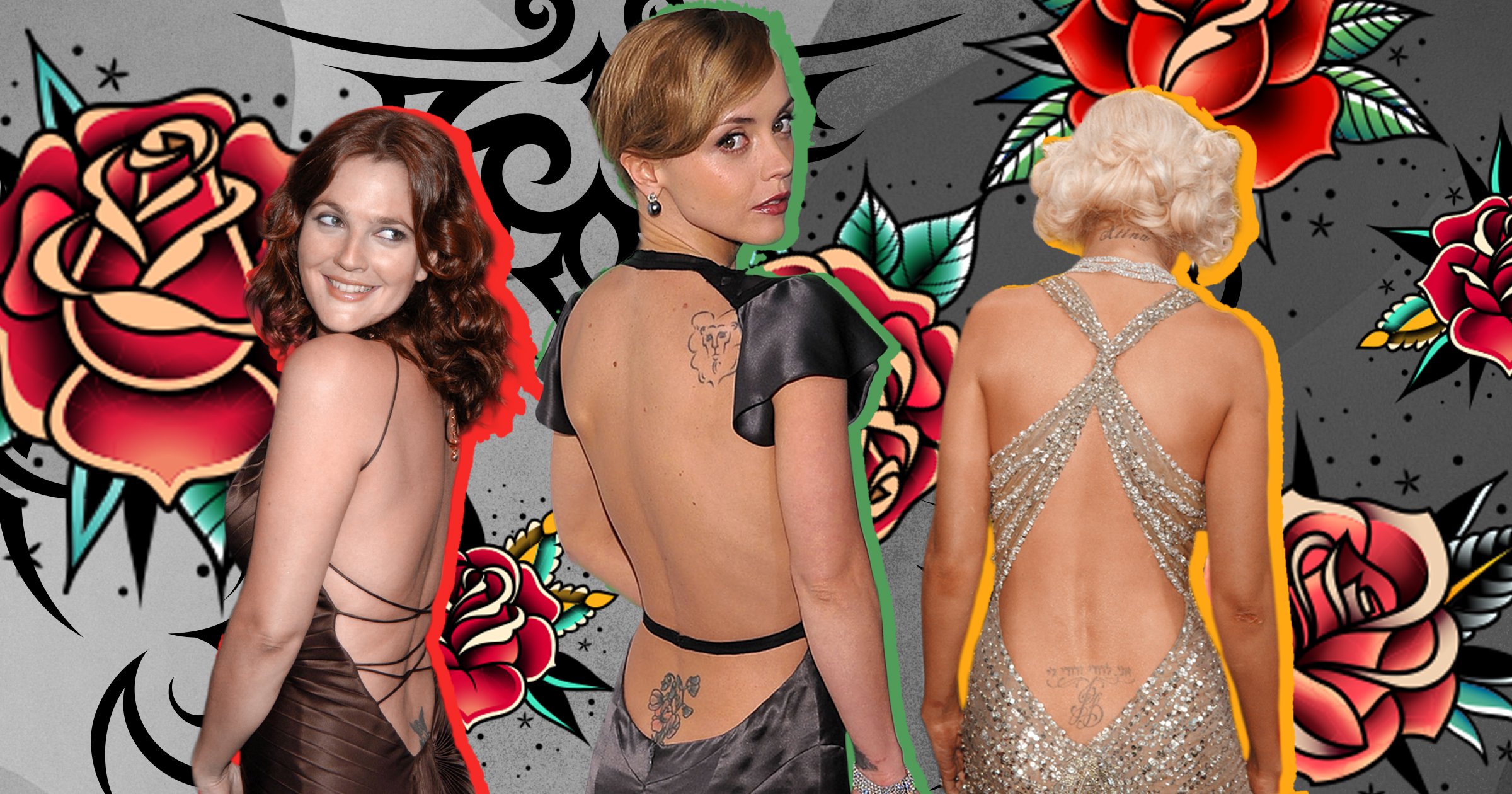 Along with low rise jeans and skinny brows, another slated trend from the noughties is back.

The tramp stamp is making a triumphant return to mainstream fashion, after a lengthy hiatus.

For more than a decade, lower back tattoos have been widely regarded as a dated faux pas, with a number of celebrities such as Jessica Alba and Nicole Richie admitting they regret getting theirs inked.

But now it’s just one of the many Y2K trends that’s having a resurgence.

And while Generation X and millennials might have a tough time shaking off its formerly ‘trashy’ connotations, the tramp stamp revival is particularly popular with Gen Z.

Erin, 24, hopes to get one soon and loves how it’s come back around – along with other trends from the noughties.

She tells Metro.co.uk: ‘I definitely think the massive resurgence of 90s/00s fashion trends play a part in people getting them again, because we saw them on all the icons and celebrities that we were exposed to when we were younger – so it makes sense these things come full circle.’

Not only that, but Erin says she hopes we can reclaim the tramp stamp for the better – as our attitudes towards sexuality and women have come on since the noughties.

She adds: ‘There was so much stigma around them and people would assume women who had them were slags – so it’s like reclaiming that.

‘I think they’re so sexy and they’ve always been a sex symbol – even with negative connotations – because it’s a place not everyone gets to see.’

Xochill, 21, recently got one for herself and, much like Erin, finds them an incredibly sexy symbol.

She says: ‘I’m very much into the Y2K style and have been wanting a tramp stamp for a little over a year now. I have many tattoos and can say it was the most painful one I have ever received.

‘I didn’t go all out with mine. It’s based on my name, a flower Xochill, centered in the middle with stems coming out on the sides – very simple but chic to me.

‘In my opinion it is a very sexy tattoo, especially with the way I dress. It shows out and hopefully those who admire the sexiness of it will have the courage to get one as well.

‘Even with all the pain it brought in the moment to get it, I do not regret it.’

In fact, younger generations are seeing the appeal of the tramp stamp because it’s been out of the mainstream for so long.

‘It’s paying homage to my icons of my childhood,’ says Jasmine, who plans to get one soon.

The 21-year-old stresses that she’s not really a person who thinks tattoos need a meaning.

‘I think the reason I want one is because I think they are feminine and sexy and just overall really cool,’ she adds.

‘It’s really interesting seeing them coming back especially without so much of a negative stigma around them. A lot of people no longer see them as trashy.

‘It’s definitely being reclaimed by the alt scene.’