On.Buy.com and Roseanna Croft Jewellery joined forces to value some of the British Royal Family’s treasures.

In number one place, coming in as the most expensive is the Oriental Circlet Tiara.

The Oriental Circlet tiara was designed by Prince Albert for Queen Victoria in 1853.

It was then passed down through the family and now belongs to Queen Elizabeth II. 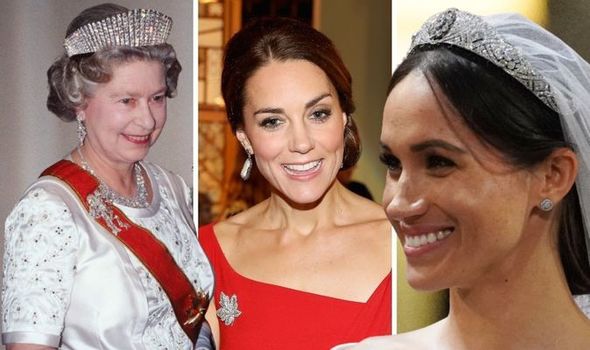 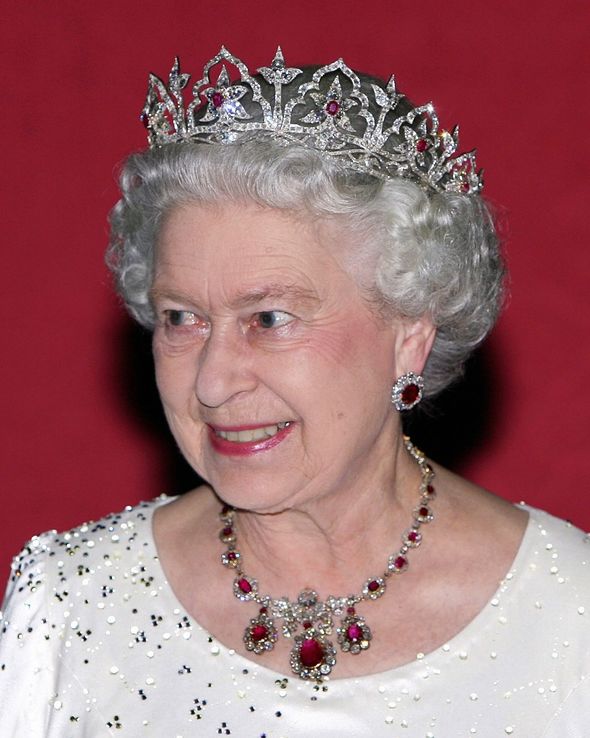 On.Buy.com said: “Throughout her reign, Queen Elizabeth II has been seen in many crowns. A particularly significant one is the Oriental Circlet Tiara, originally designed by Prince Albert for Queen Victoria.

“Her Majesty has only been seen wearing it once and the dazzling diadem could fetch upwards of £6million.”

The Queen wore the piece to a state visit in 2005 and it has not been seen publicly since.

OnBuy.Com said: “Originally gifted to Queen Mary by Queen Victoria, the fringe tiara has been passed down through several generations.

“It was her Majesty’s something borrowed on her wedding day and then gifted to Princess Beatrice for her wedding in 2020.”

According to the experts, it is estimated to be worth in excess of £5million.

The Queen occasionally wore the tiara at white-tie events and in portraits including New Zealand’s Diamond Jubilee portrait. 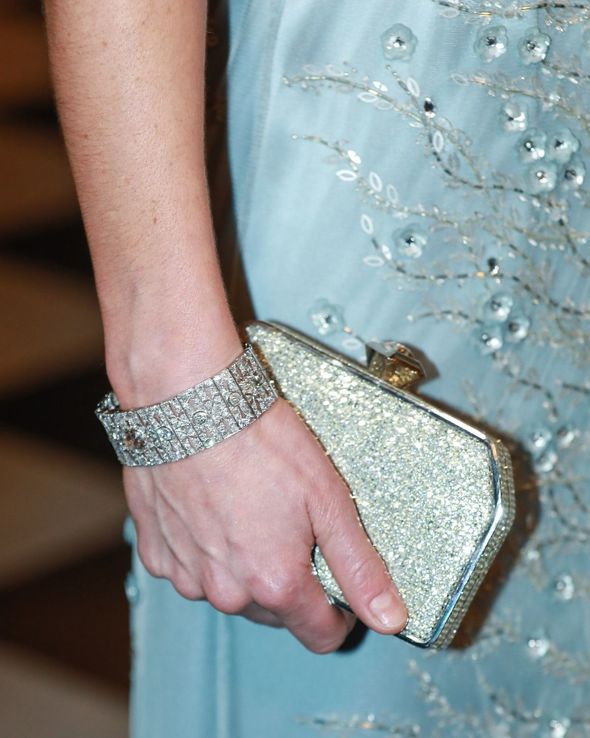 The experts said: “Another tiara of historical importance, the Queen Mary diamond bandeau was worn by Meghan Markle in one of the biggest royal weddings of all time in 2018.”

The company also found Queen Alexandra’s wedding necklace to be worth a fortune.

Gifted to her on her wedding day in 1863, the Queen’s necklace was made by Gerrard as part of a parure that included a coronet, tiara, necklace, brooch and earrings for a total of £13,680. 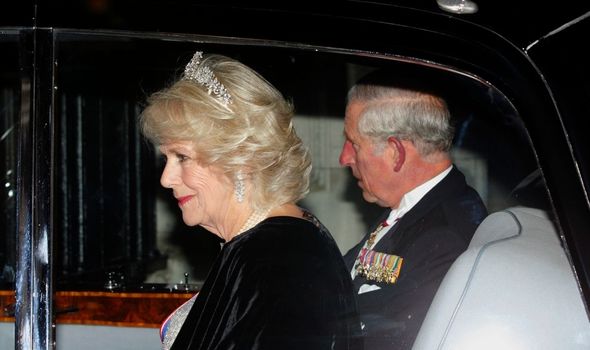 That would have been a huge sum of money in those days, equating to around £300,000 in today’s money.

Another special piece that the Duchess of Cambridge often sports is Queen Mary’s choker bracelet.

The stunning diamond bracelet has been worn by Kate on several occasions including more formal events. 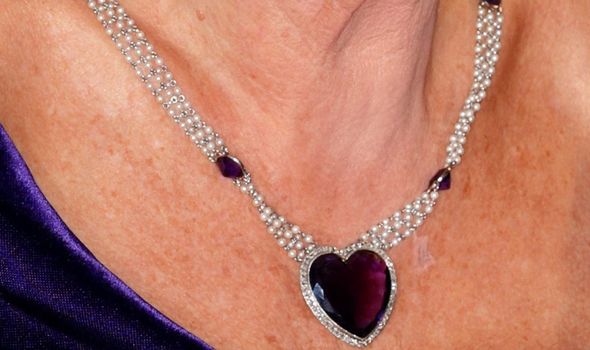 The Royal Family are known for passing jewellery items down through the family including the Cubitt-shand tiara.

Estimated to be worth around £250,000, it belonged to the Duchess of Cornwall’s grandmother, and she inherited it when her mother, Rosalind died.

The experts said: “Camilla also passed it down for her daughter Laura Parker Bowles to wear on her wedding day in 2006.

The Brazilian aquamarine necklace is a stunning statement piece that has been seen on the Queen several times. 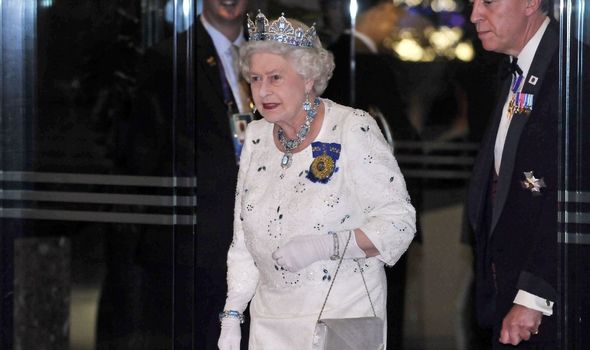 t comes as part of a set including a tiara and earrings but the necklace is thought to worth a whopping £150,000 on its own.

The experts explained: “The beautiful jewelled necklace was gifted from the Brazilian president on the Queen’s coronation.”

The Queen also tends to loan some of her most precious jewels out to other members of the family including Kate Middleton.

One such piece is the Maple leaf brooch worn by several Royal Family members.

The brooch pays tribute to Canada and was given to her by King George V.

Another stunning piece in the royal’s possession is the Amethyst heart necklace.

The heart necklace was a wedding gift from Queen Mary to Queen Alexandra and has been seen wearing most recently, by the Duchess of Cornwall.

According to Roseanna Croft the jewellery could be worth around £50,000.

The final piece valued by the experts was the four strand pearl necklace which was gifted to the Queen by the Japanese Government.

The experts added: “Both Diana and Kate have worn it, and the cultured pearls with a platinum and diamond clasp is valued at £25,000 and up.”