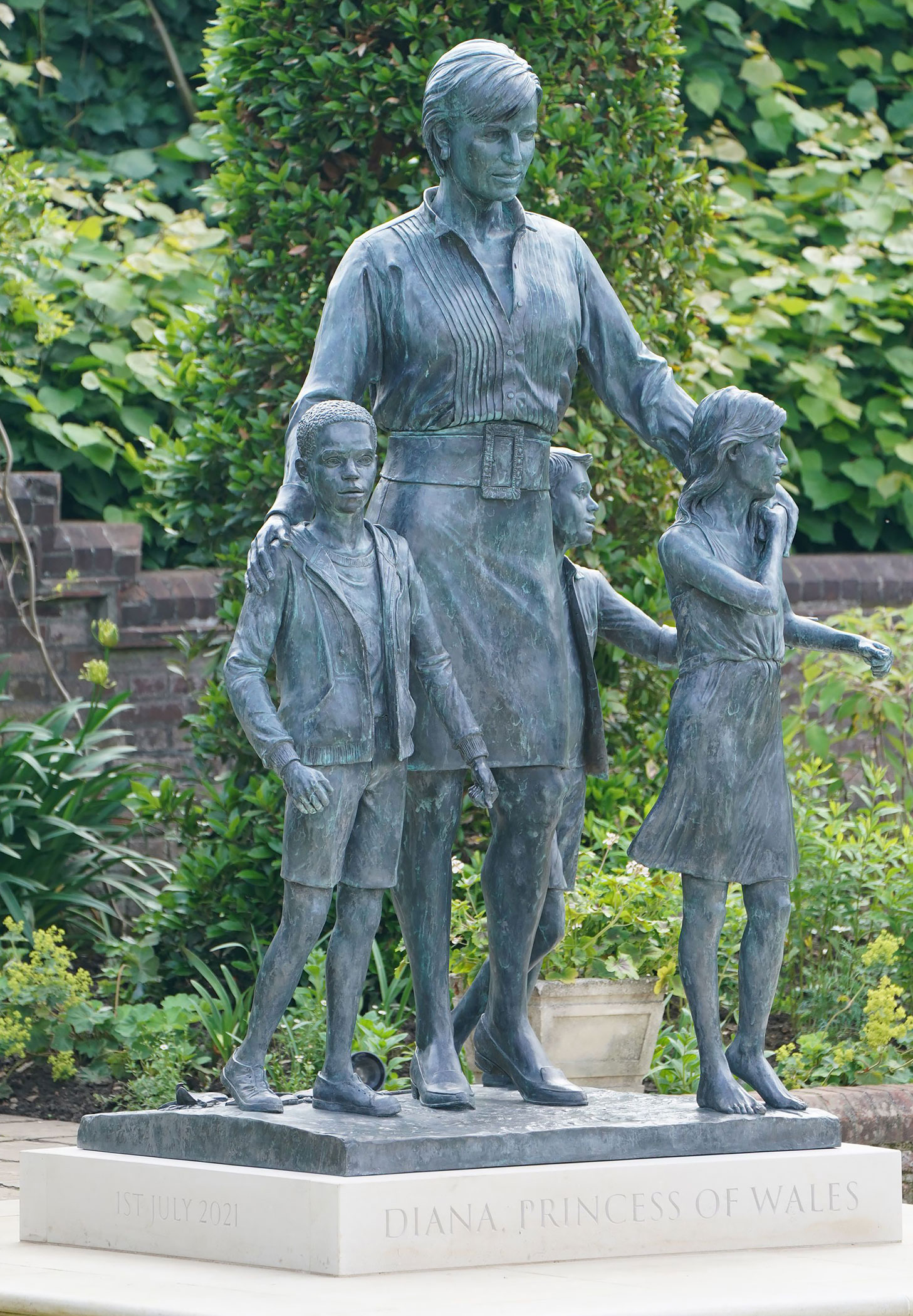 An iconic outfit. Prince William and Prince Harry honored their late mother, Princess Diana, on what would have been her 60th birthday with a statue in her memory on Thursday, July 1.

While there’s much to dissect about the sculpture — from her stance to the three children surrounding her — it appears that her outfit in the design carries a special meaning.

The Princess of Wales is wearing a sleek pencil skirt, a large belt buckle cinched around her waist and a loose blouse with a few buttons undone.

The ensemble is a replica of one the late royal wore in her 1993 Christmas card, where she posed in a similar stance alongside her two children.

Released just a few years before her death in 1997, the holiday note was Princess Diana’s first official card following her separation from Prince Charles.

Those Smiles! William and Harry Reunite at Diana’s Statue Unveiling

It also depicts a time in her life when she became empowered in her own right. Kensington palace explained that “the portrait and style of dress was based on the final period of her life as she gained confidence in her role as an ambassador for humanitarian causes and aims to convey her character and compassion.”

But, if you look closely, there is a key difference in the people’s princess’ appearance. While her hair is a little longer in the original holiday card, sculptor Ian Rank-Boardley gave her a sleeker hairstyle, a ‘do she embraced a few years later. 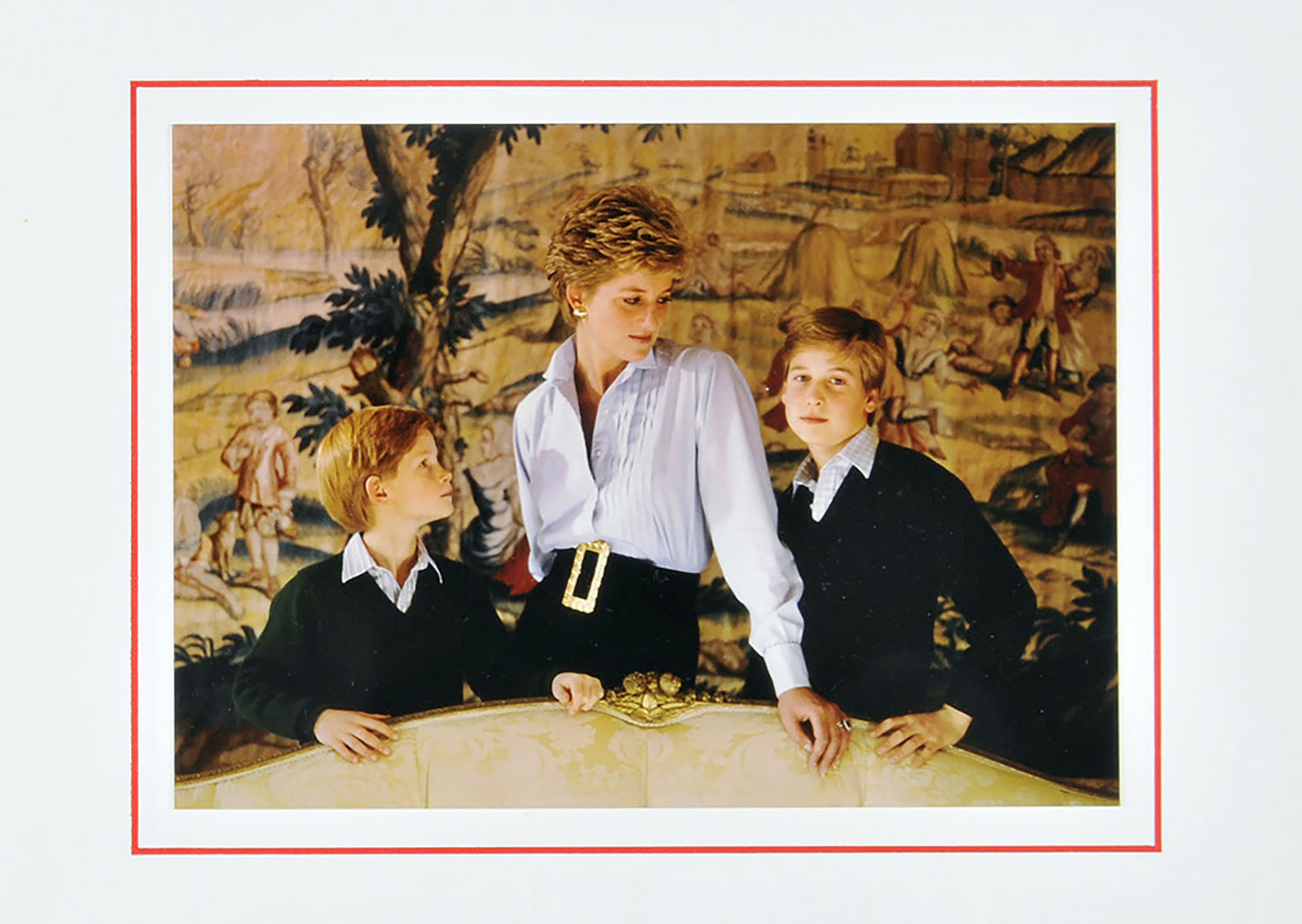 That said, it’s certainly sweet that the statue, which was commissioned by Prince William and Prince Harry in 2017, has a special tie to a time she shared with her sons.

“Today, on what would have been our Mother’s 60th birthday, we remember her love, strength and character — qualities that made her a force for good around the world, changing countless lives for the better,” the brothers said in a joint statement.

They continued: “Every day, we wish she were still with us, and our hope is that this statue will be seen forever as a symbol of her life and her legacy.”

“The royals wanted to keep it very perusal and not have many family members in attendance since that would be a takeaway from the special moment,” a source told Us Weekly exclusively. “This wasn’t a last-minute decision; it was decided on a few weeks ago that the other royals wouldn’t be attending. Meghan [Markle] just had her baby, [Duchess] Kate watched from afar with the kids, and same with the Queen. Charles had said he didn’t want to be a distraction.”