WHEN you have a child write their letter to Santa, you expect a sweet, kind, polite letter.

For this girl, she took things in to her own hands and DEMANDED things from Santa, claiming she had one of his elves locked up. 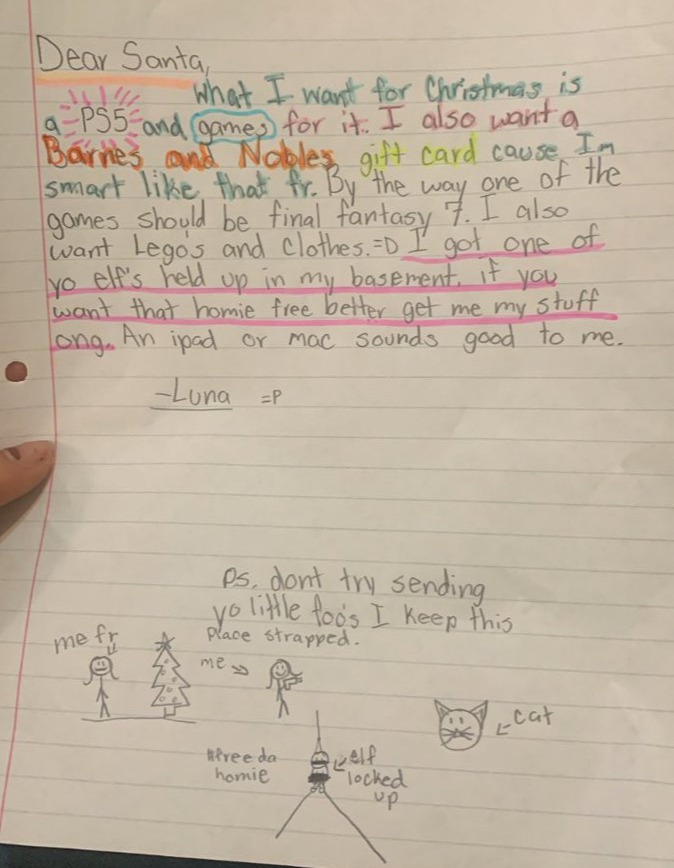 Thirteen-year-old Luna had her older sister Ale share her letter on Twitter where she got nearly 154k likes and lots of comments.

The family from California, USA, cleared up that for traditions sake they ask Luna to write a letter every year, she is NOT an ipad kid and she already knows Santa is not real, but: "She’s having fun and being the kid she is."

In her letter, Luna wrote: "Dear Santa, What I want for Christmas is a PS5 and games for it.

"I also want a Barnes and Nobles gift card cause I'm smart like that fr (for real).

"By the way one of the games should be Final Fantasy 7.

"I also want Legos and clothes."

The letter then took a very sinister turn as she wrote: "I got one of yo elfs held up in my basement.

ONE CHELLE OF A GAL

The Queen will have 'formal' Xmas celebration with Harry & Meghan, expert claims

"If you want that homie free better get me my stuff ong (on god).

"An ipad or mac sounds good to me.

She then had a drawing of the 'elf locked up' as well as a cat and herself holding a gun.

Many were impressed with the girls 'bold' threatening letter but were perplexed by her anger.

One commenter said: "Her sister seems a little more gangster than me"

They quickly realised: "She ain't playing."

Scared by the letter, one wrote: "Santa better give her her things!"

"I would be scared if I was Santa," agreed another.

Sympathising with the captive, one wrote: "por elf is dead, she’s asking for almost 8000 dollars worth of product. How does a young girl like that know about macs."

Some even compared Luna's letter to Riley Freeman from the Boondocks animated TV series who emulates the gangster lifestyle by writing threatening letters.

"She’s smart and know what she wants. And how to get it! This was hilarious"

Many could not stop laughing at the cat in the letter, and even responded with picture of cats with guns.

A few focused on her drawings, saying: "And she got a guard cat? Lil Miss is very serious. Ong"

Some felt duped, saying: "It was so wholesome in the beginning"

"Got dark real quick…. synopsis for a Christmas movie…"

Some asked for a picture of Luna so they could put her words to a face but her older sister Ale said: "Luna said, and I quote: nah homie y’all ain’t ready for that." 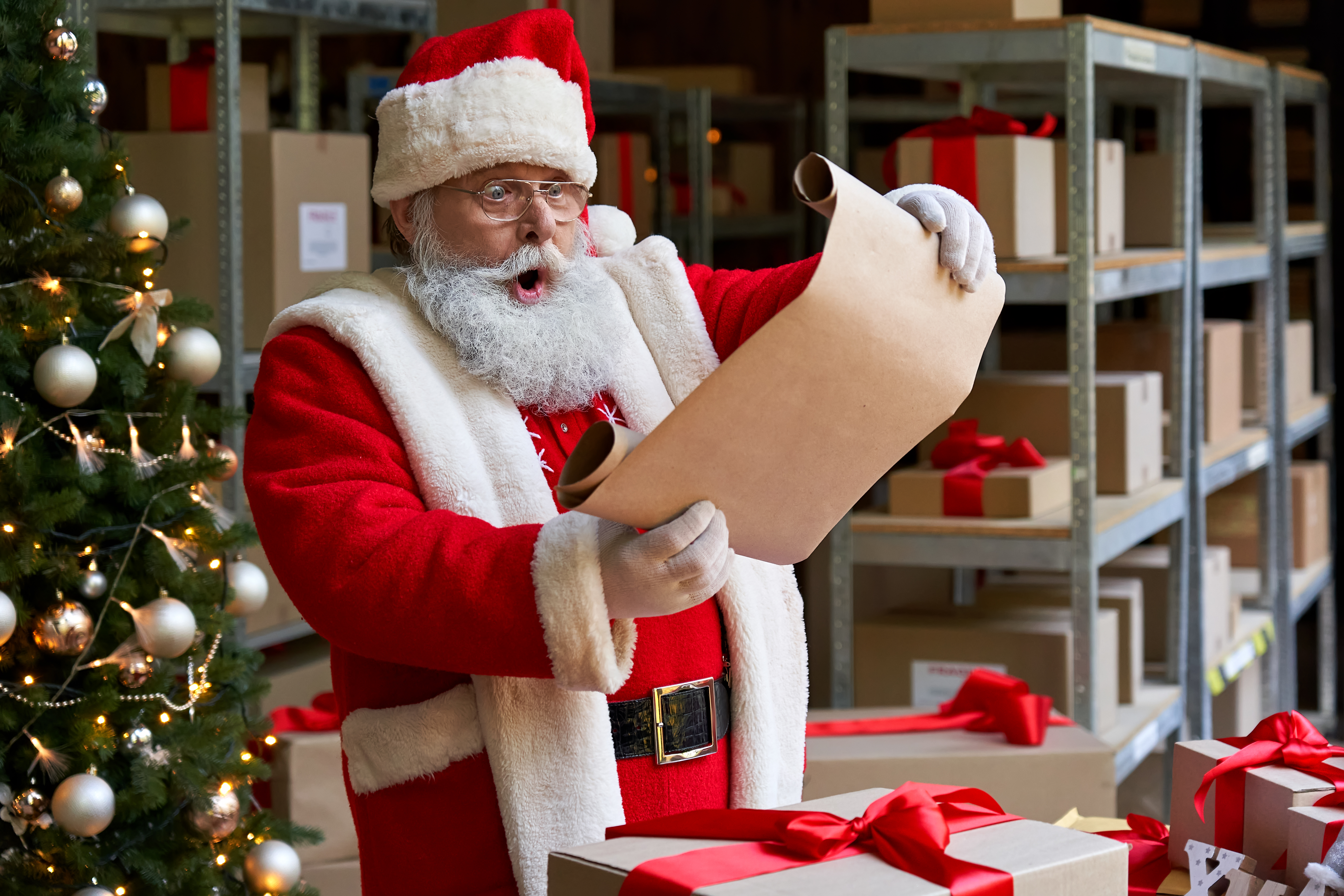 For more parenting stories, check out what this parenting expert tells their kids about Santa – including when you should have the chat

Heres how to have a stress free Christmas with kids, from holding presents BACK to sticking to exact routines