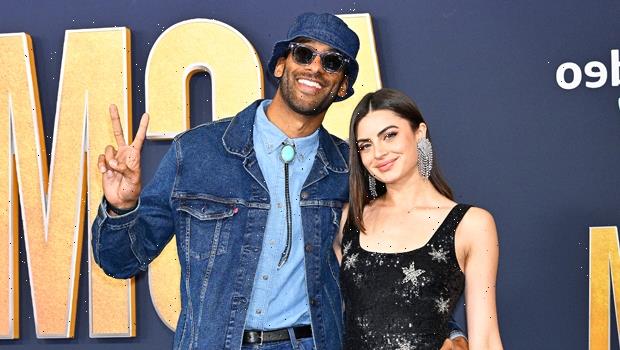 The 2022 ACM Awards were a date night for ‘The Bachelor’ couple Matt James and Rachael Kirkconnell, who got into the country spirit with their ensembles.

They’re going strong! Matt James and Rachael Kirkconnell looked madly in love while walking the Academy of Country Music Awards red carpet on March 7. The lovebirds hit up Las Vegas for the awards show and were amongst the first to arrive on the red carpet. They both brought out some of their best country-inspired attire for the show. 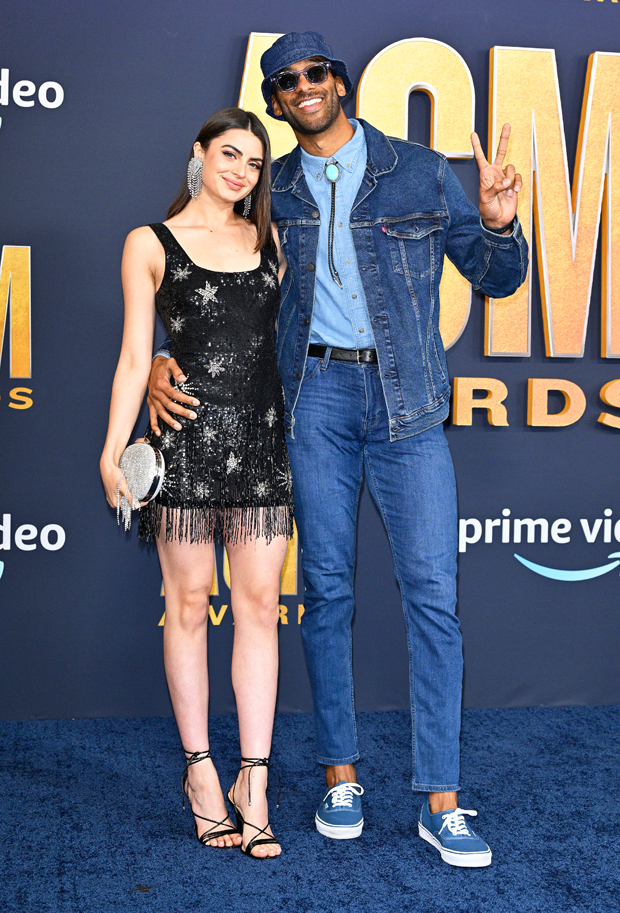 Rachael showed up wearing a sparkly black mini dress, which was decorated with silver stars. The LBD had fringe detail at the bottom, and she paired the look with strappy black heels, which wrapped around her ankle. Rachael also carried a sparkling silver clutch to match the silver stars of the dress.

Meanwhile, Matt channeled Britney Spears and Justin Timberlake’s famous American Music Awards, double denim look with his outfit. He wore jeans and a blue button down, along with a denim jacket and blue sneakers. He even rocked a denim bucket hat and sunglasses to complete the goofy outfit!

It’s been almost a year since Rachael and Matt got back together following the drama in the aftermath of their season of The Bachelor. Matt picked Rachael at the end of his season, which was filmed at the end of 2020. Although they didn’t get engaged, they left the show as a couple. However, while the season was airing, old photos of Rachael exhibiting racist behavior went viral on the Internet. Matt broke up with her, and at After the Final Rose in March 2021, the two revealed they were no longer together.

Eventually, by the end of April, Matt and Rachael found their way back to each other, and they have been together ever since. In January, Matt opened up to HollywoodLife EXCLUSIVELY about why the relationship works. “We just like to live in the moment,” he explained. “We don’t let other people’s expectations of our relationship determine how we act and what we do and what we post and it’s been healthy for us. We spend so much time together, and that’s really the key to getting to know somebody — listening.”