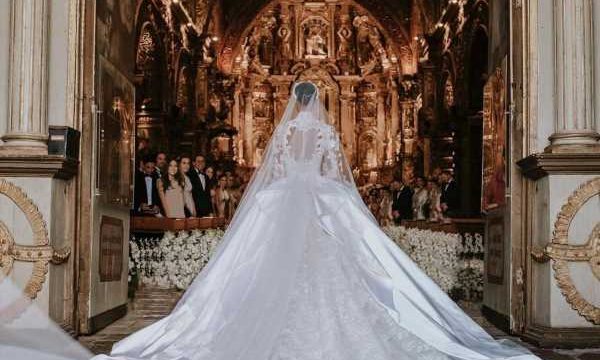 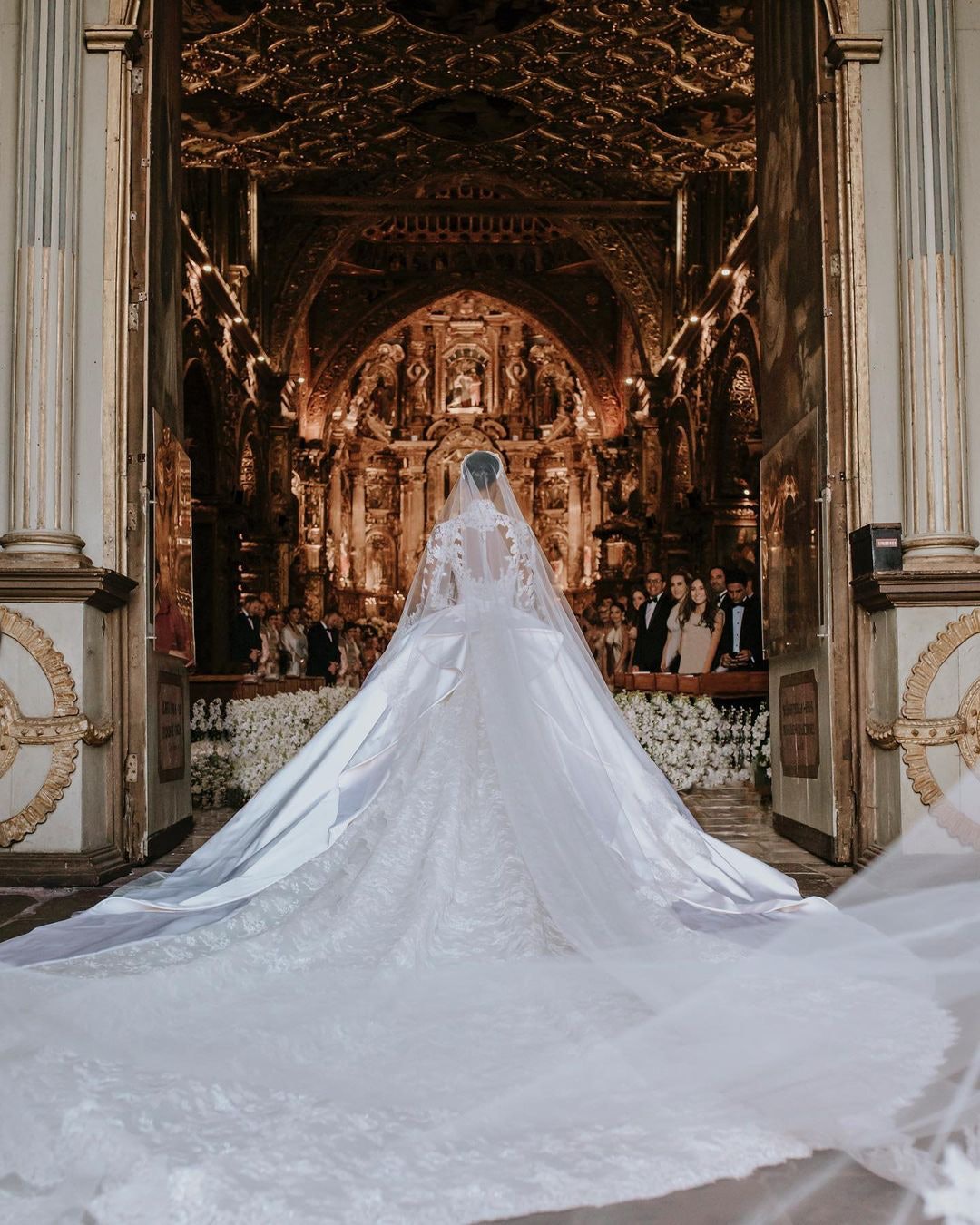 Model Jasmine Tookes and Snapchat exec Juan David Borrero weren’t messing around when they planned the wedding that took place over the weekend in Quito, Ecuador. In fact, Tookes was barely exaggerating when she said called the affair “a real-life fairytale” in an Instagram carousel on Wednesday. The first slide, featuring the couple underneath a giant arch of white roses, was actually modest in comparison to the next, showcasing the full splendor of the Catholic church’s ornate interior, much of which was literally covered in gold. “In my opinion, Quito has some of the most beautiful churches in the world,” Tookes told Vogue. And the one that she and Borrero chose “almost makes it feel as if you are attending a royal wedding.”

Tookes dressed accordingly, matching the setting’s opulence in a hand-embellished gown by the Lebanese designer Zuhair Murad. The 30-year-old model had been hoping to channel Grace Kelly’s iconic wedding dress, and Murad sure delivered: The train and veil covered as much ground as a bedroom-sized carpet. Tookes, who apparently has wanted Murad to design her wedding dress ever since walking his first couture show, declared the design “a work of art!!,” adding that she wanted to display it in her house.

Tookes and Borrero’s nuptials were always set to be intriguing. After all, the latter—who is the son of Ecuador’s current vice president, Alfredo Borrero—planned quite the proposal to Tookes last year. Five years after they met, apparently through work, he treated the blindfolded model to champagne and chicken tenders from Popeye’s. Then, upon landing via helicopter to Utah, he spelled out “WYMM?” (or “will you marry me?”) in rocks. Just in time, the seven-karat diamond, 18-karat gold, ring arrived via drone.