WHEN you love someone, you'll do anything to prove that you love them, right?

Well, this man decided to get his ex-girlfriend's tattooed on his arm to prove how committed he was to their relationship. But little did he know. 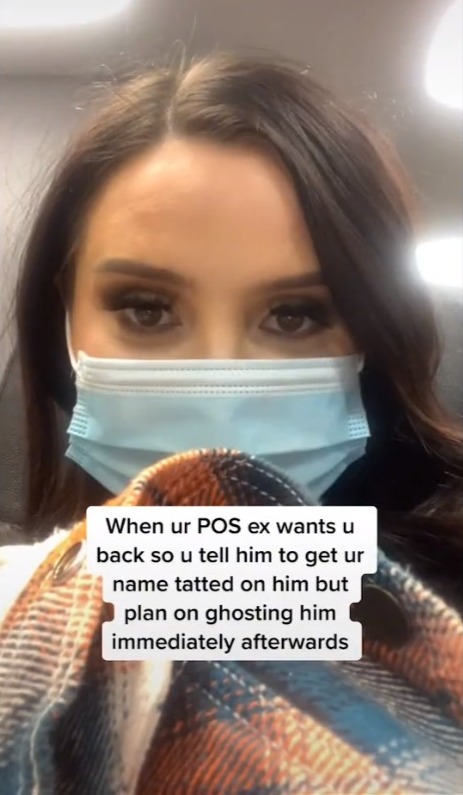 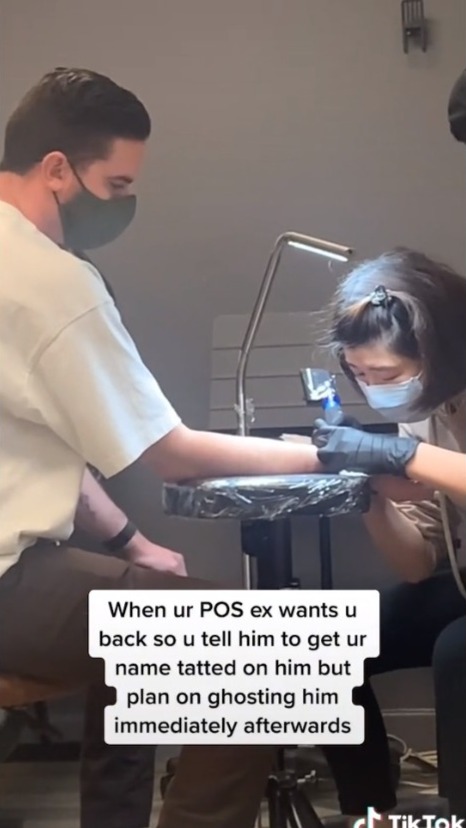 A woman who only goes by the name of Lana on social media shared a video where she could be seen sitting in the waiting area of a tattoo shop.

She then quickly turned to the camera to focus on a man, rocking a white tee and brown pants, getting some ink on the inside of his wrist.

Two tattoo artists leaned over him as they carefully did his piece, which was her name.

The gesture seemed like a very romantic thing to do, but sadly, Lana had other plans.

Along with the video, she wrote: "When your piece of s**t ex wants you back so you tell him to get your name tatted on him but plan on ghosting him immediately after."

Following her uploading the video, many women surprisingly revealed that they had done the same thing with their toxic exes.

Sadly, this is not the first time someone gets a tattoo they later regretted.

TikTok star Crystal Ship Kelly, who boasts over 200,000 followers, had a ram skull tattooed on her midriff which completely covered her belly button and went right down to her bikini line.

However, it was only when she shared it online that the social media star realized the VERY rude design flaw.

In a video that's been seen by over 189,000 people, Crystal addressed one viewer who claimed the ram's horns could be seen as a pair of women's legs sprea out.

Rolling down her jeans so fans could see the whole thing, she said: "I don't get it.

But as she looked at it closer, she realized the viewer had a point.

Crystal hitched her jeans up under her belly button – which, we have to admit, does make it look a bit like a woman's crotch.

She then captioned the clip: "I mean they would be some UGLY a** legs but I see it, thanks for that!" 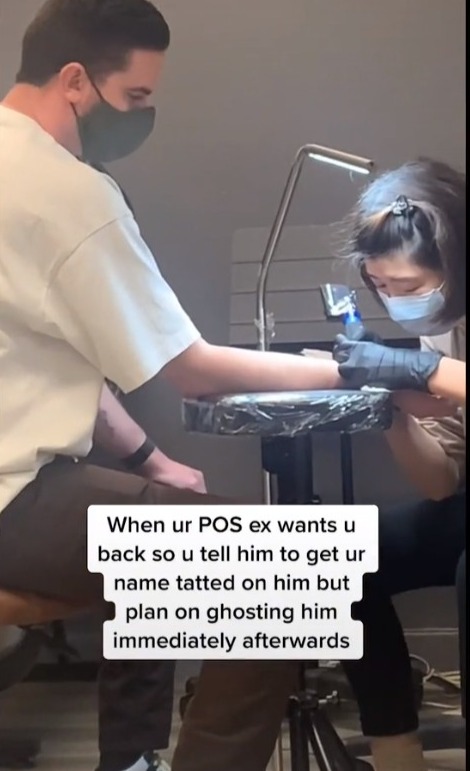