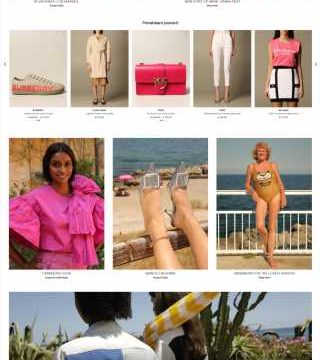 GOING PUBLIC:  Luxury online retailer Giglio.com presented a request to the Italian Bourse on Friday to publicly list on the AIM Italia, the Stock Exchange’s program dedicated to small and medium-size companies.

The admission to the negotiations is expected on July 21, while trading is forecast to kick off on July 23.

“The public listing is an important step in the history of our company, confirms the extraordinary path that has brought us here and will allow us to rely on additional resources to pursue new ambitious goals to grow and develop the company,” said Giuseppe Giglio, president and chief executive officer of Giglio.com. His brother Federico shares the CEO role.

In addition, following the appointment of a new board which will be in charge until Dec. 31 2023, he touted “the experience and proven skills” of the members, who will provide “a formidable contribution to our project.”

Giglio.com reaches more than 150 countries in the world, carrying the most prestigious fashion and luxury brands for women, men and children, from Giorgio Armani and Balenciaga to Fendi, Gucci, Prada and Valentino to name a few. The site was launched in 1996 by the Giglio family.

The Giglios also count five physical boutiques in Palermo, Italy — a business developed since 1965 — but this brick-and-mortar activity is not being listed.