Living the good life! Julia Roberts was photographed packing on the PDA with her husband, Daniel Moder, while wearing a swimsuit and shorts aboard a fancy yacht on the Almafi Coast.

Julia Roberts and her family are vacationing in Italy, and they spent Aug. 10 aboard a fabulous yacht for a trip down the Almafi Coast. The actress, who is now 53 years old, looked amazing while wearing a purple swimsuit, paired with short denim shorts, WHICH YOU CAN SEE HERE. She looked cool and casual, with her hair pulled back into a ponytail, as she rocked sunglasses and went barefoot to walk across the deck.

Photographers caught Julia and her husband of 19 years, Danny Moder, making out while aboard the vessel. He wore a white t-shirt and swimsuit, as he leaned in to kiss his wife. Later on, Danny stripped off his t-shirt and went shirtless, showing off his impressive six-pack before diving off the side of the boat and into the water. Julia and son, Henry, 14, looked over the boat’s railing and watched Danny as he swam. The pair’s twins, Hazel and Phinnaeus Moder, 16, were also in attendance for the family vacation. 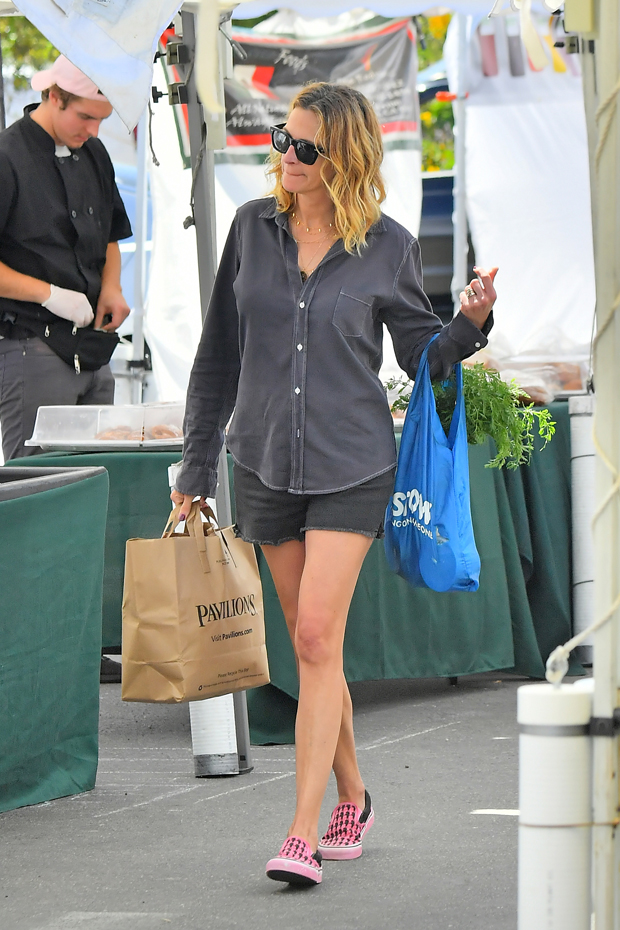 Eventually, the entire family spent some time in the water, as they got aboard a smaller speedboat and took turns being pulled on an inflatable raft. The group kept safe in lifejackets for the excursion, with Julia taking off her jean shorts and covering up in a white life vest. Afterward, when they were back on-board the yacht, Julia refreshed with a beverage and snuggled up to her husband for some more PDA. 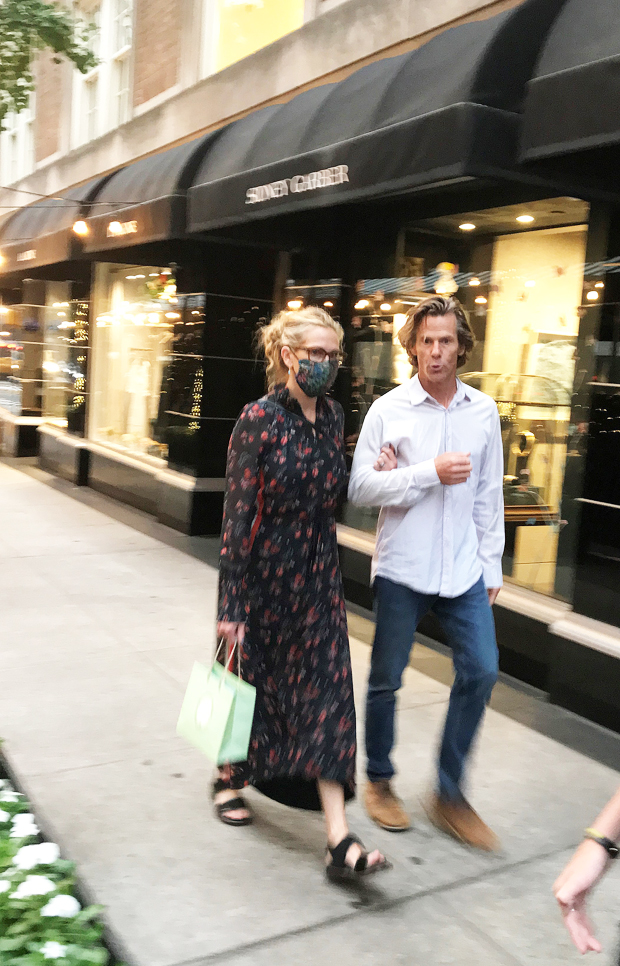 Julia and Danny met on the set of The Mexican in 2000. She was acting in the film, while he was working as a cameraman. The pair went on to marry on July 4, 2002, which means they just celebrated their 19th wedding anniversary last month. Julia commemorated the occasion by posting a rare selfie of herself and her husband with the caption, “19 years. Just getting started.” Danny posted his own photo — a major throwback from the early days of his relationship with Julia — and wrote, “Today we start our 20th year of marriage. This photo was on a dusty road before that big idea…just holding onto this beautiful girl one day at a time. One epic day at a time.”