AS EVERY mum knows, raising a baby can be expensive.

But one self-confessed "extreme cheapskate" has revealed the bizarre lengths she goes to to keep costs down. 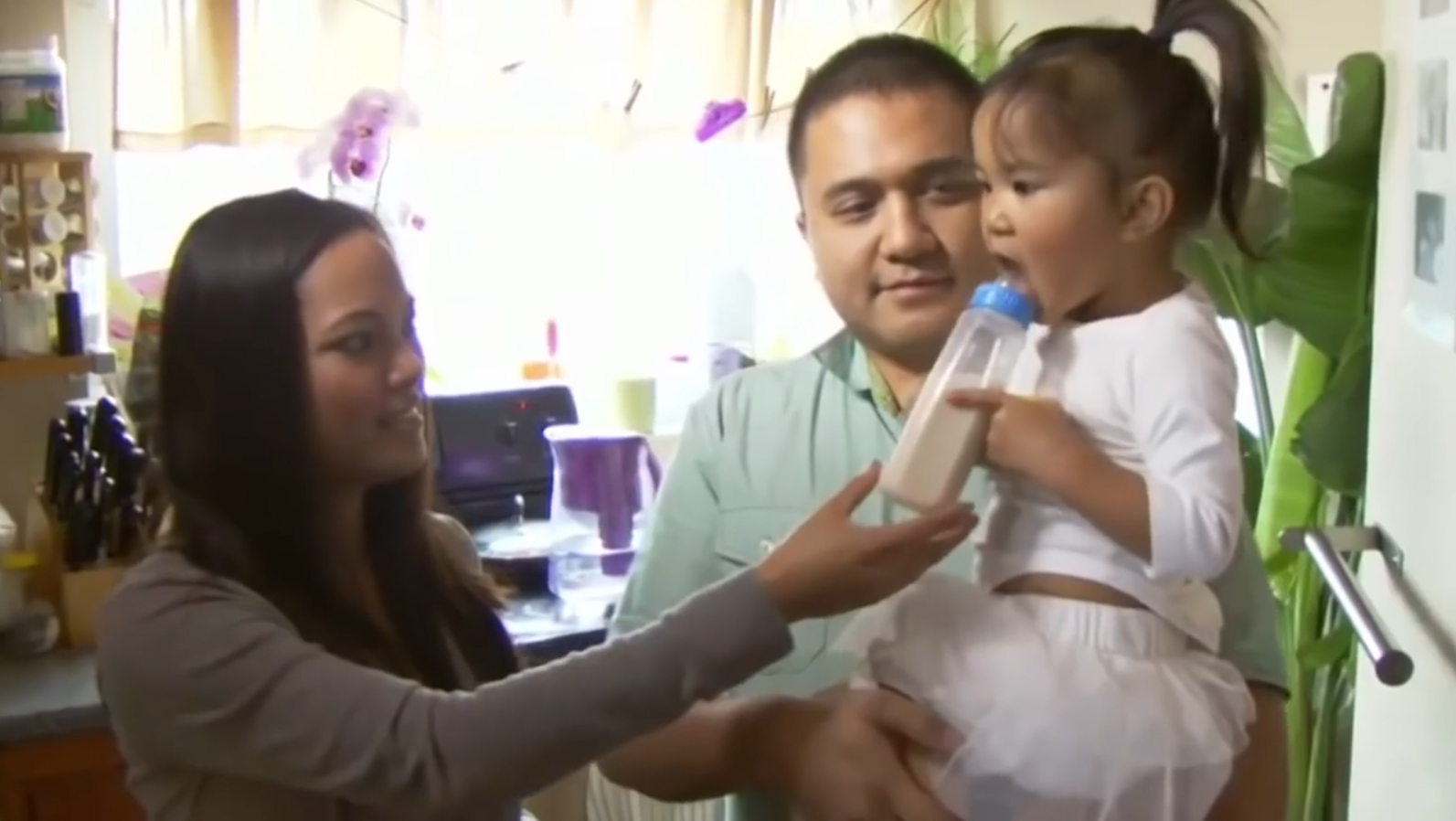 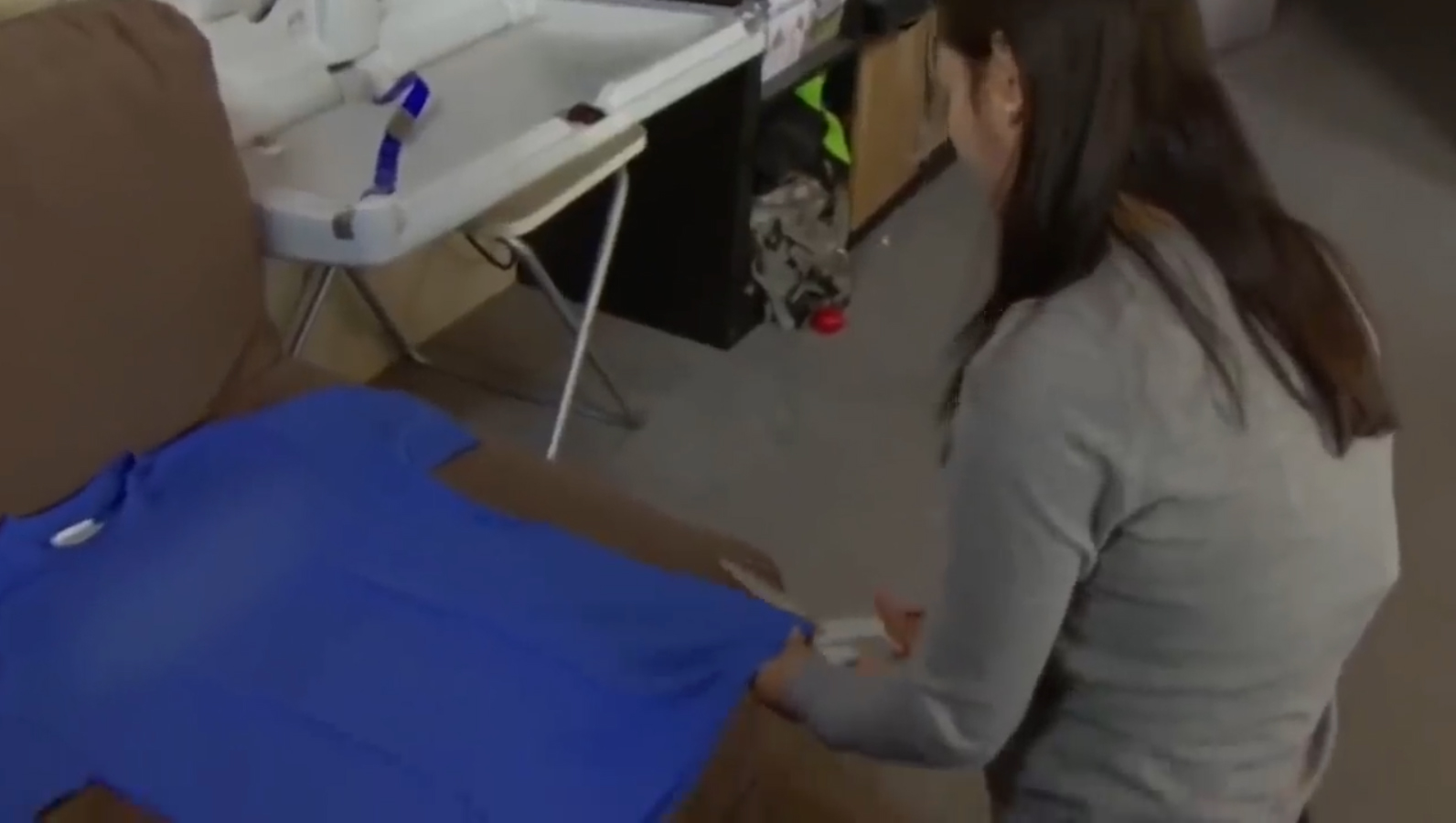 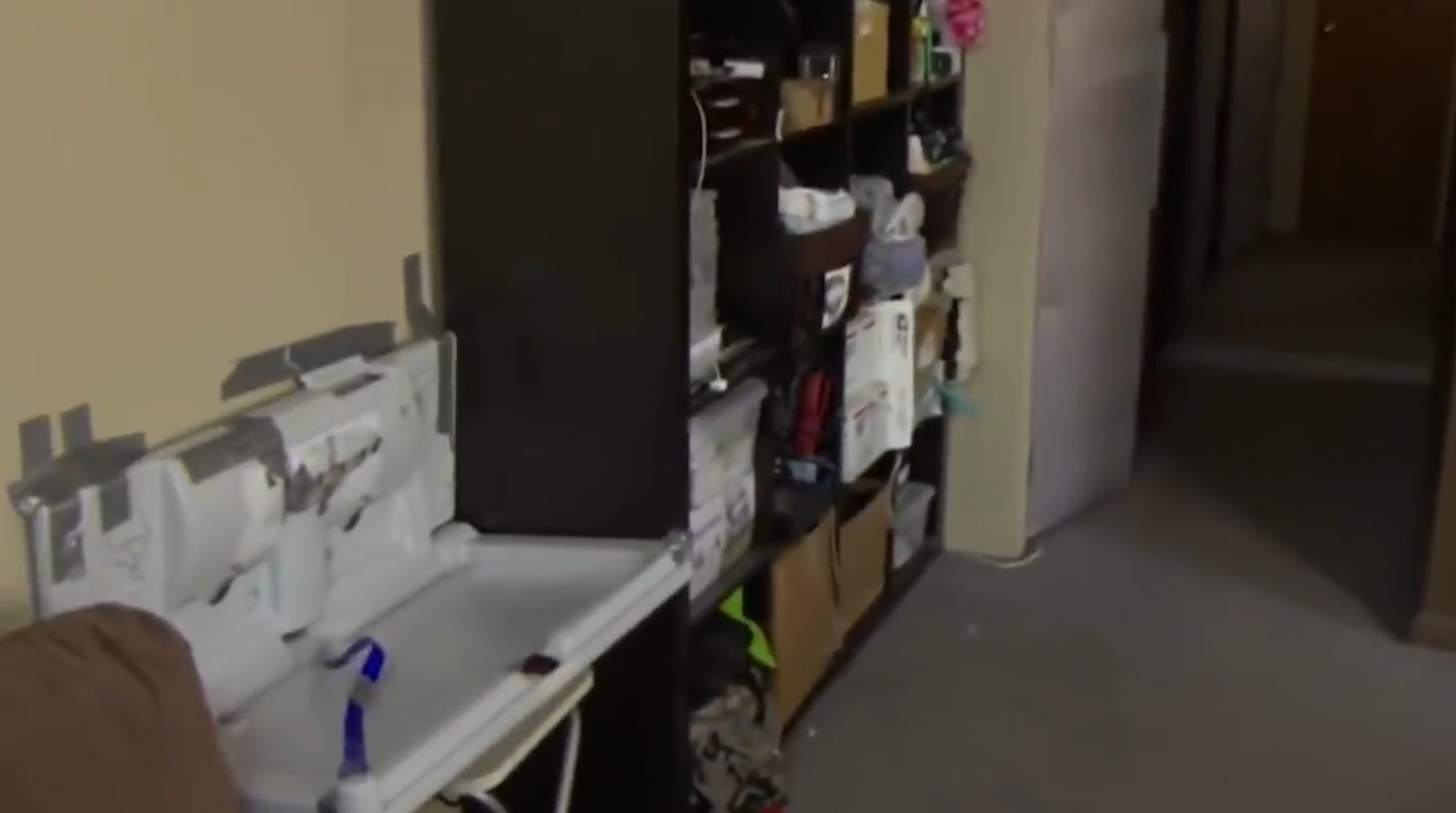 Apple, who lives in the US with her husband and daughter Chloe, collects breast milk from her friends to save $1,000 (£730) a year.

The mum, who's hit up everyone from those in her yoga class to her colleagues, explains: "Suddenly I stopped producing breast milk, so now I collect breast milk from my friends."

The move stops her spending cash on fortified baby milk.

Appearing on an old episode of TLC's Extreme Cheapskates, which has been shared on YouTube, Apple admits: "Having a baby made me more obsessed with saving money.

"People buy baby wipes and moist toilettes, but instead I like to make them at home.

"I use these to wipe my hands with and I'll wipe the kitchen table and counter. This is totally reusable still, so I'll use the wipe to wipe her (my daughter's) bum with."

The move only saves her 50c (36p) a day, on an average of six nappy changes. And speaking of nappies, Apple's got another 'top tip'.

She tells the cameras: "A changing table is one of the most expensive things a new mom has to buy.

Perhaps mirroring the thoughts of viewers at home, her husband tells the cameras: "I thought it was kind of weird, things from the gas station aren't clean." 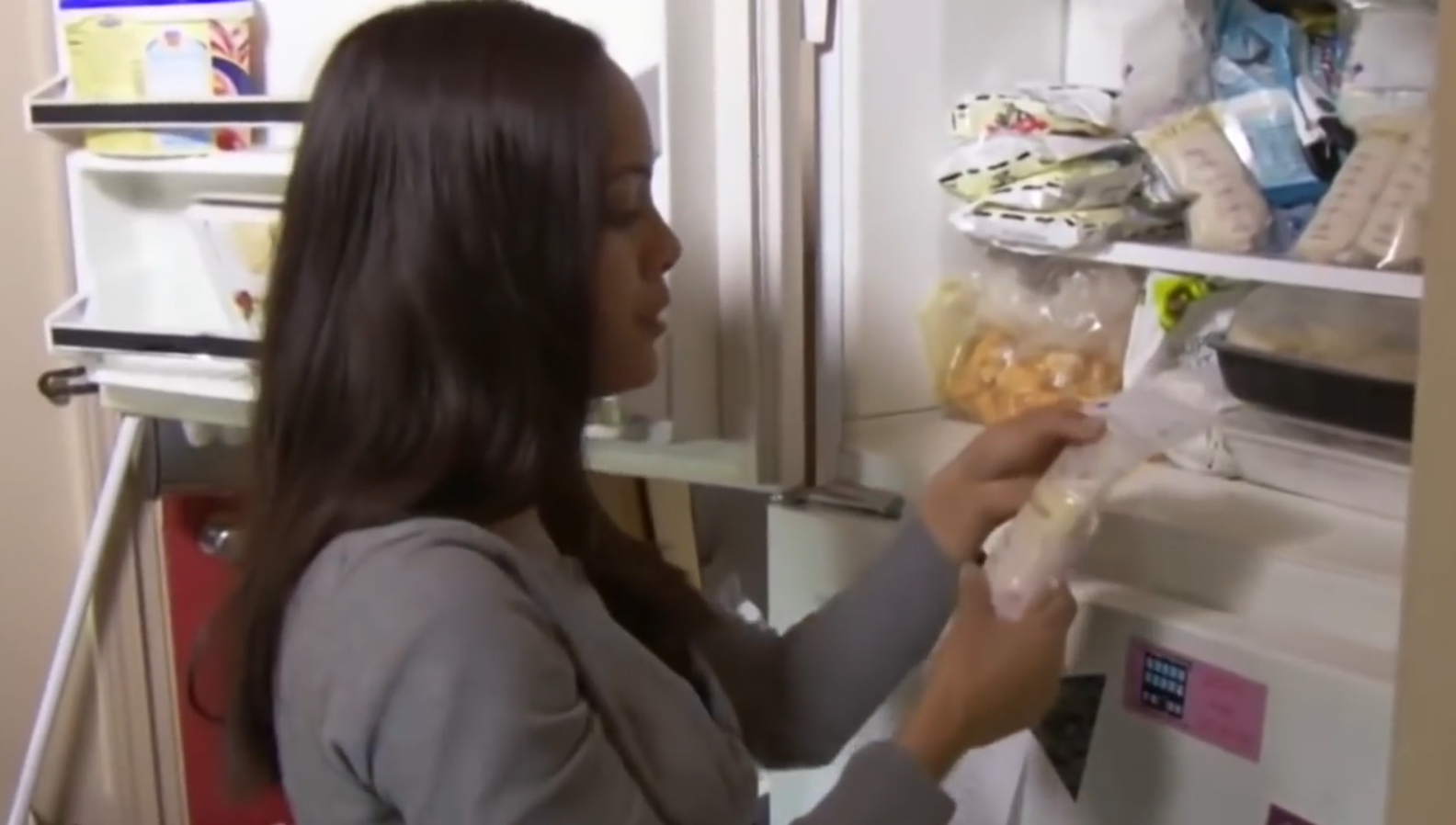 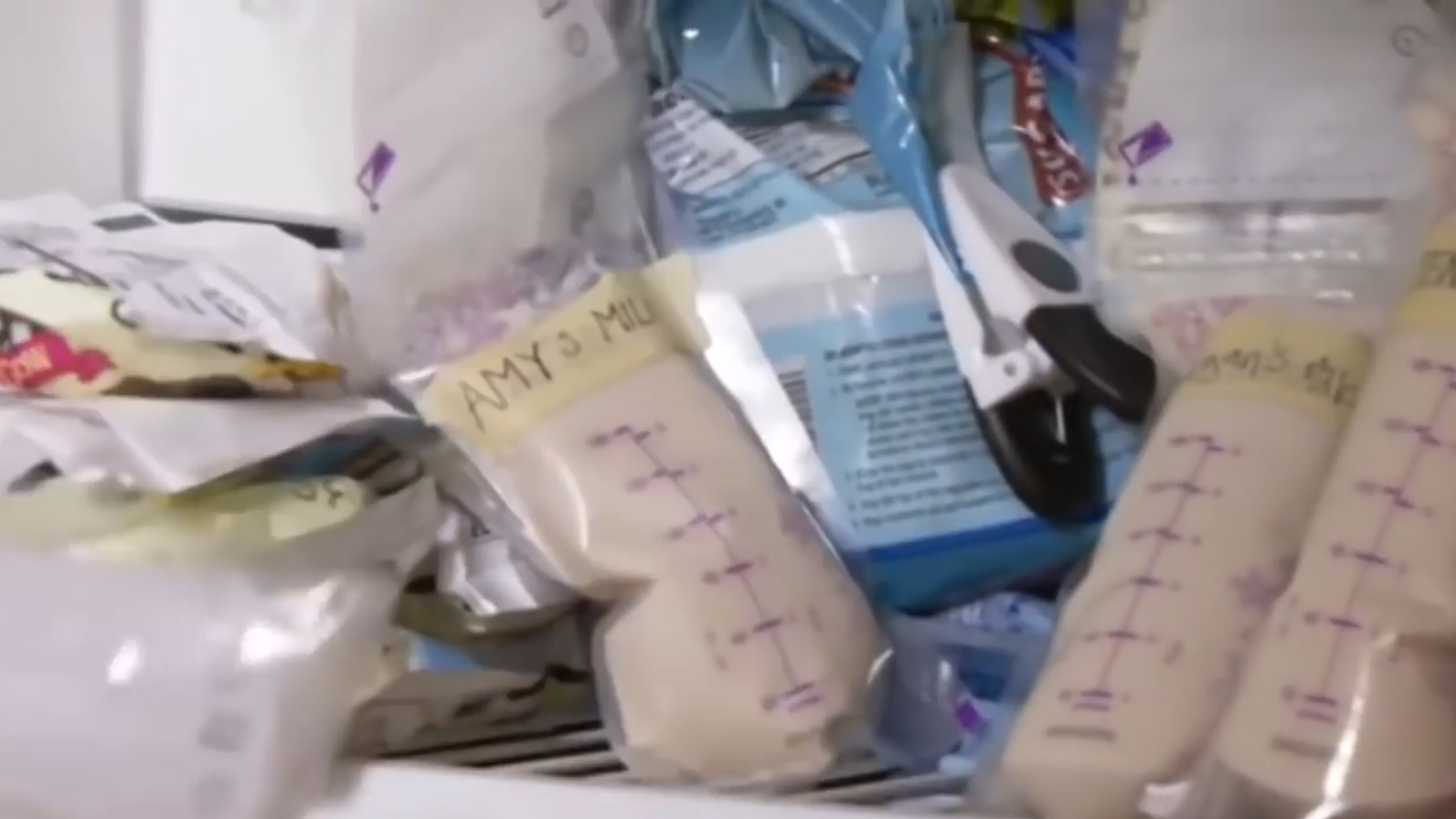 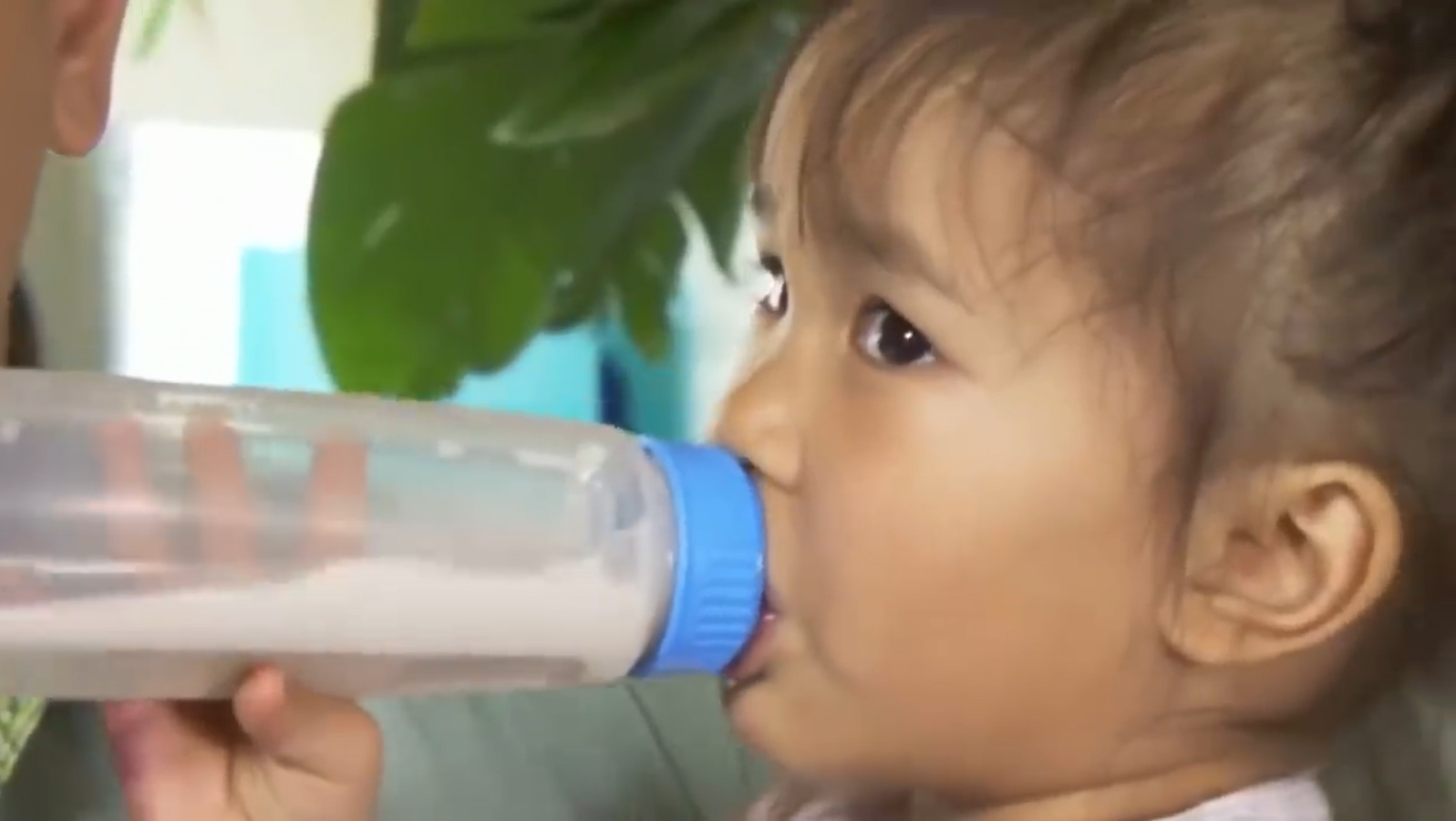 But Apple hits back: "People use changing tables all the time, so why not use this one?"

She says: "Why not use T-shirts to make reusable cloth diapers? You cut the sides and cut the sleeves off, then fold the flaps and there you go."

We previously introduced you to another Extreme Cheapskate, who hates spending money, hasn’t done any laundry for three years and NEVER uses toilet paper.

Meanwhile, this mum burns her rubbish instead of using the dump and does ALL her household chores after midnight. 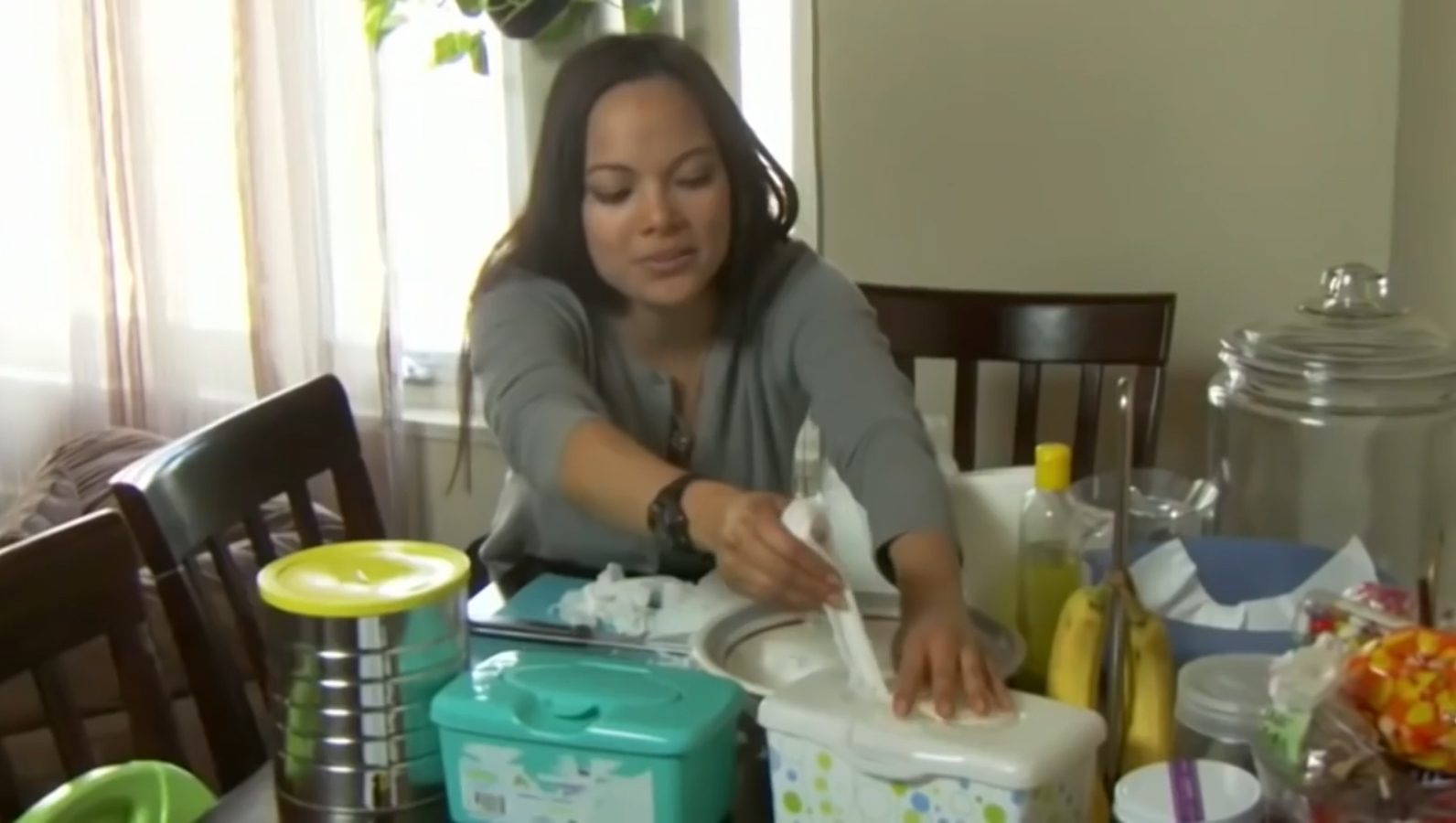 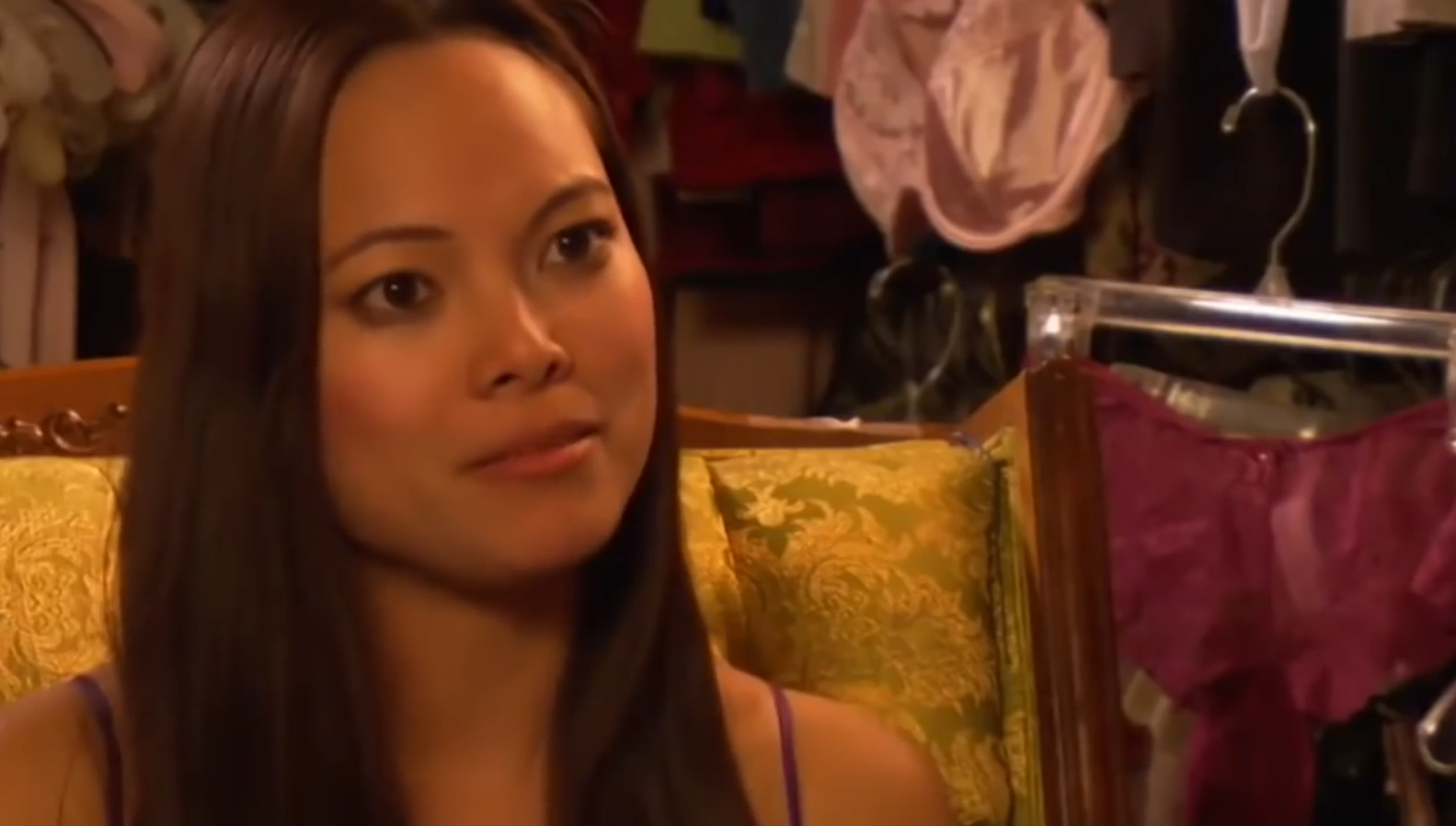