A WOMAN has revealed how she came to be a mum of eight after being told by doctors she could never have children.

Heather Bell regularly shares details of her bumper brood online, and offers a glimpse into their hectic family life. 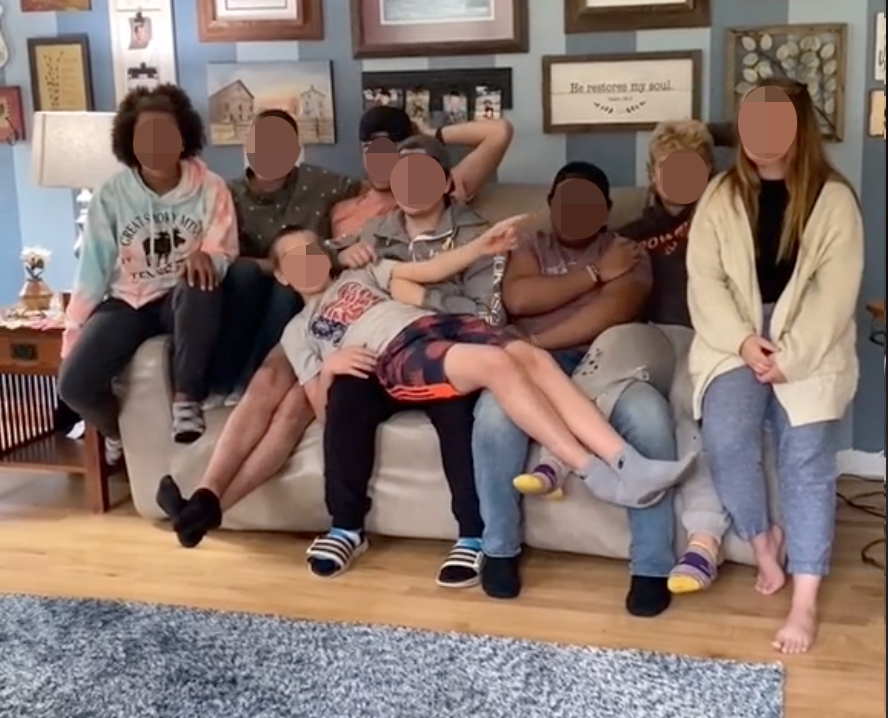 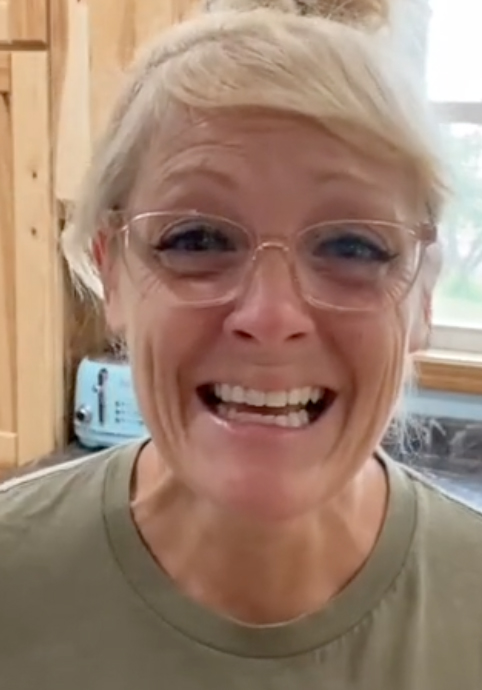 In one clip, she revealed that she and her husband met 28 years ago as she shared a snap of them in their younger days.

"The man I met 28 years ago when we were just kids," she wrote on the screen.

She then flashed to a series of pictures featuring their family-of-ten now, writing: "The doctors said we would never be able to have children of our own.

"But we not only had a son, but we adopted 7 other children." 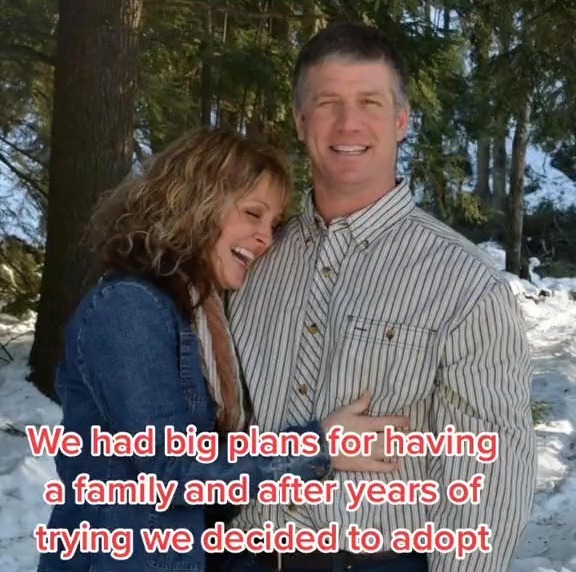 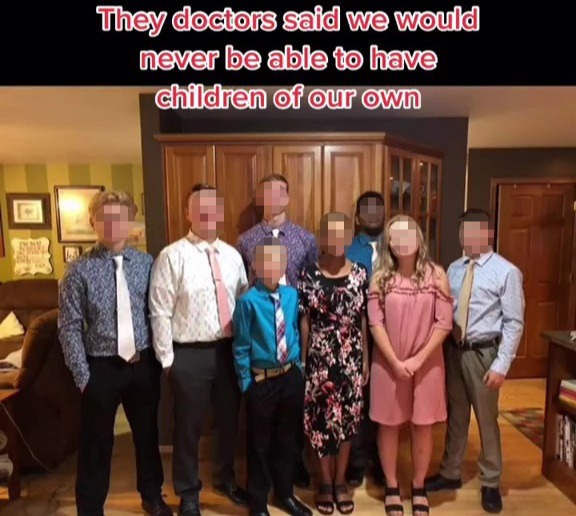 In a separate video, Heather revealed that she and her husband spent many years trying to fall pregnant, and when they couldn't they decided to adopt their first baby.

But after eight years of trying, and having already adopted five kids, they fell pregnant with a biological son, Gideon.

They then adopted another two children, bringing the total to six boys and two girls, now aged between 13 to 21.

The fun-loving family now have almost 100,000 followers on the platform, all of whom tune in to watch the Bell family. 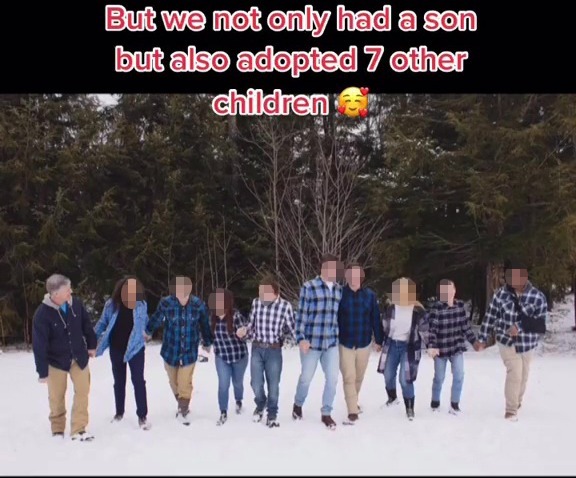 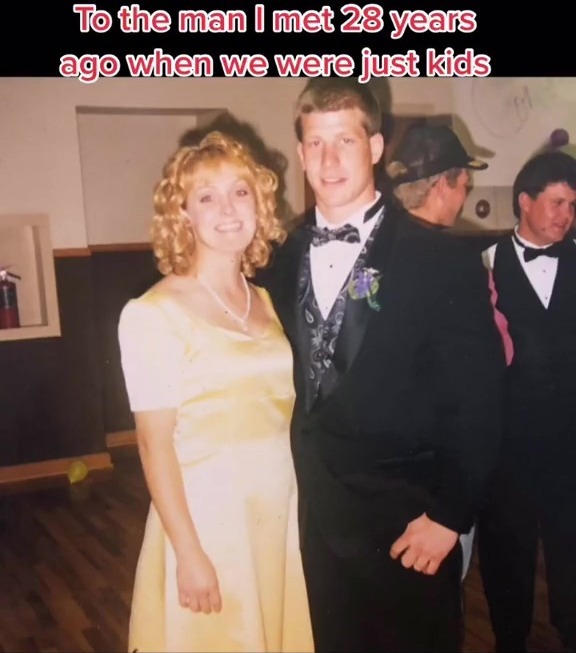 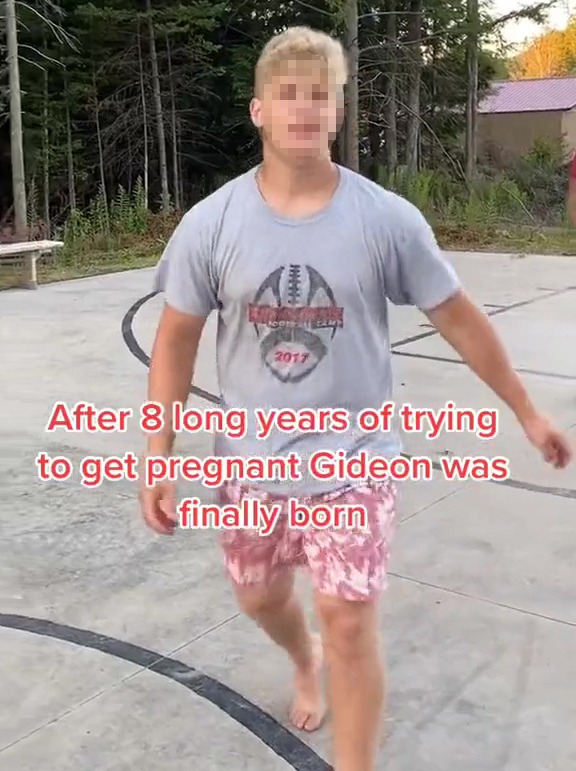 Heather recently revealed her clever laundry system which helps the family stay on top of their washing.

She explained why being organised is important when it comes to laundry, and said: “Another thing that my kids fight over is the laundry.

“They fight over whose day is what. I’m doing laundry all week long.”

That’s why she decided to go out and purchase a large, plastic laundry basket for each one of her kids.

She even created a detailed timetable so there can be no mix-ups or arguments over who gets to use the washing machine and tumble dryer on any given day. 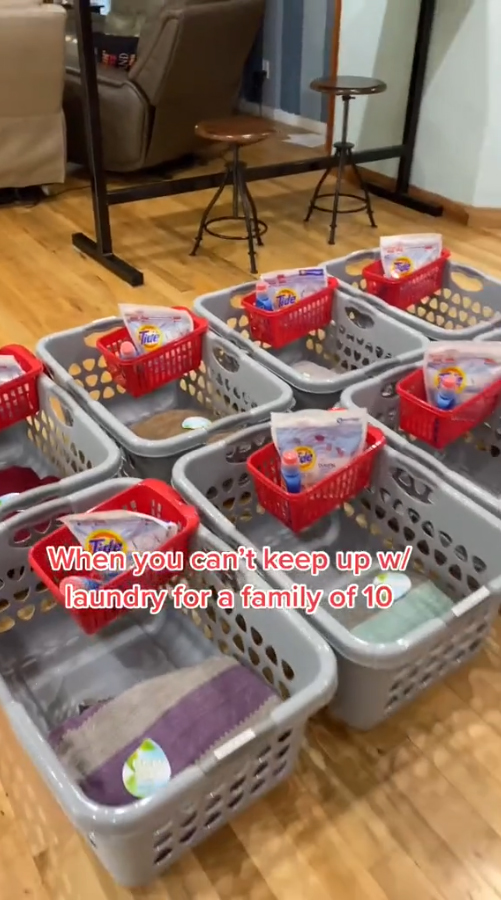 In other parenting news, this woman revealed that her neighbour left her son with her to go shopping & never came back, so she raised him as her own.

Plus this mum documents hilarious reasons for her toddler’s meltdowns from hating new book to running out of cutlery to put away.