AS much as we love receiving gifts, the festive period is all about sharing and giving – which is exactly what this thoughtful woman had in mind.

In preparation for Christmas, the TikTok user, @Liindiitaa, decided to treat her family to perfume. 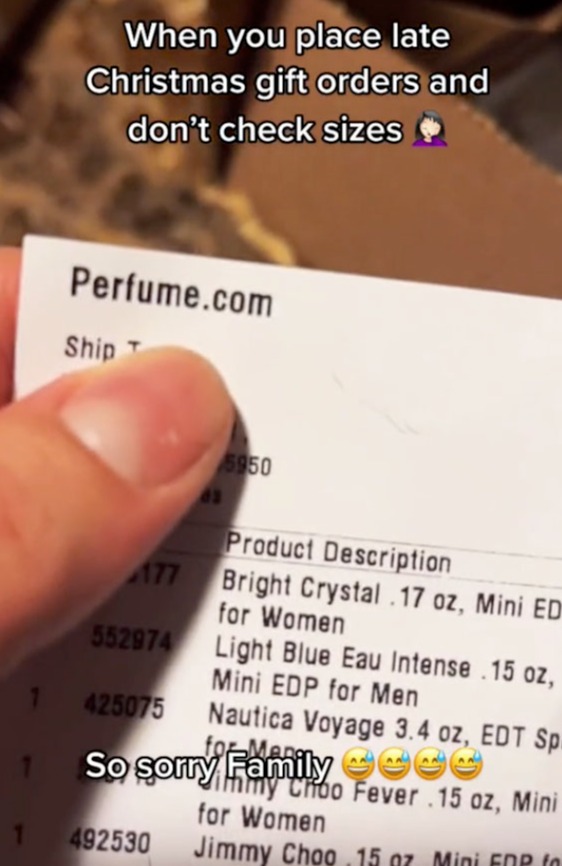 But because she had postponed gift-shopping until the last minute, the 26-year-old, from Chicago, was rushing when adding the items to the bag.

Once the order had been placed and the postman had delivered it, she became mortified when she realised the mistake that had been made.

''So sorry family,'' she said in her video, which has since taken the internet by storm with over 1.8 million amused viewers.

Although she does admit that after all, ''it's the thought that counts'', the bottles of perfume were shockingly small.

In comparison to her hand, the Versace and Dolce & Gabbana minis were so tiny that she could easily fit three of them on her palm.

Despite finding the situation amusing, many viewers appeared to believe it was her own fault.

I was trolled over my small boobs before op, says Love Island’s Molly Smith

''lmao you really though you got yourself a crazy deal, '' thought someone who couldn't understand how she didn't realise this when seeing the total price.

Someone who had purchased the full-size Versace s added that it cost $139.

''“It’s the thought that counts” girl there was NO thought,'' commented a viewer.

There were also those who tried to come up with possible solutions, like this person who said: ''Just tell them it’s a trial size, you weren’t sure if they would love it.''

Some also thought the minis would be ''great for making advent calendars''.

Another TikToker didn't think it was that bad: ''I would I actually love those.

''I don’t use perfume much so sometimes the big ones I buy go bad pretty quick since they just sit there stop long.''

Plus, make the most of unwanted Christmas presents — from re-gifting to selling them online.

On the topic of presents, read what this expert says about buying your kid too many gifts.

Meanwhile, this mother-in-law got disowned after treating one of the kids to sack-loads of gifts and the other got NOTHING. 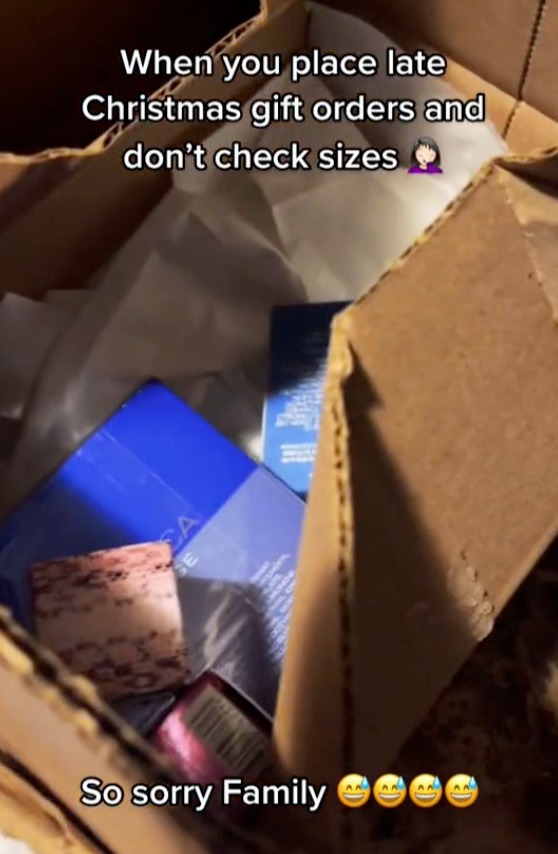 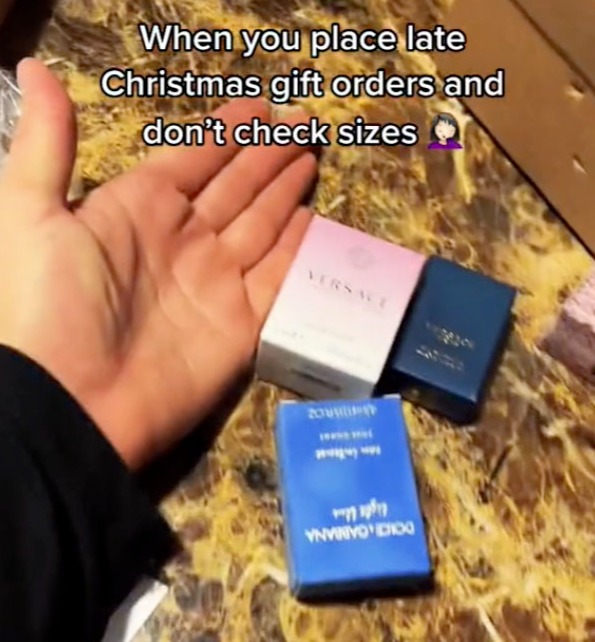 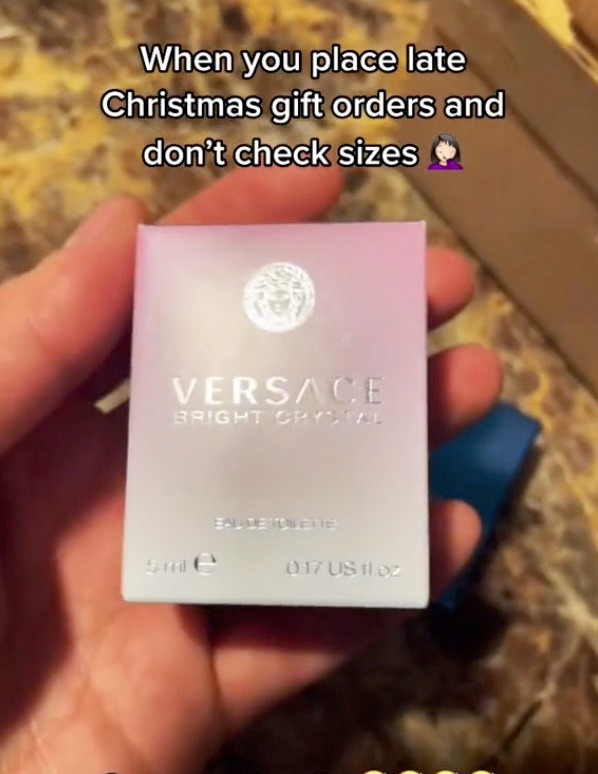