A MUM has shared her story of how she caught HIV from a one night stand she'd had on a trip to Jamaica and how it has changed her life.

Megan Moulton, who is now married and mum to a daughter and step-daughter, openly speaks about her diagnosis on TikTok in the hope of reducing the stigma surrounding HIV and raising awareness of the condition. 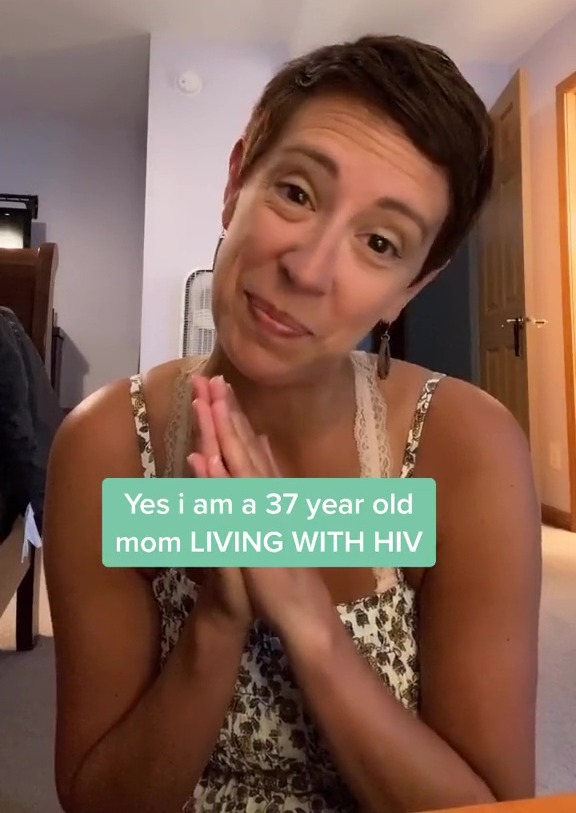 In her videos, Megan – who is from Maine in the USA, shares that she made the mistake of having unprotected sex while on holiday 14 years ago and later found out she was HIV positive after falling incredibly unwell.

Explaining how she found out about her diagnosis, Megan says "within days" of retuning home from her holiday she became "really, really sick".

She was unable to get out of bed, was blacking out and passing out and couldn't really eat or drink – describing the experience as a "really scary time".

Megan was sent home from the hospital multiple times, until an infectious diseases doctor did a spinal tap and found that she had HIV. 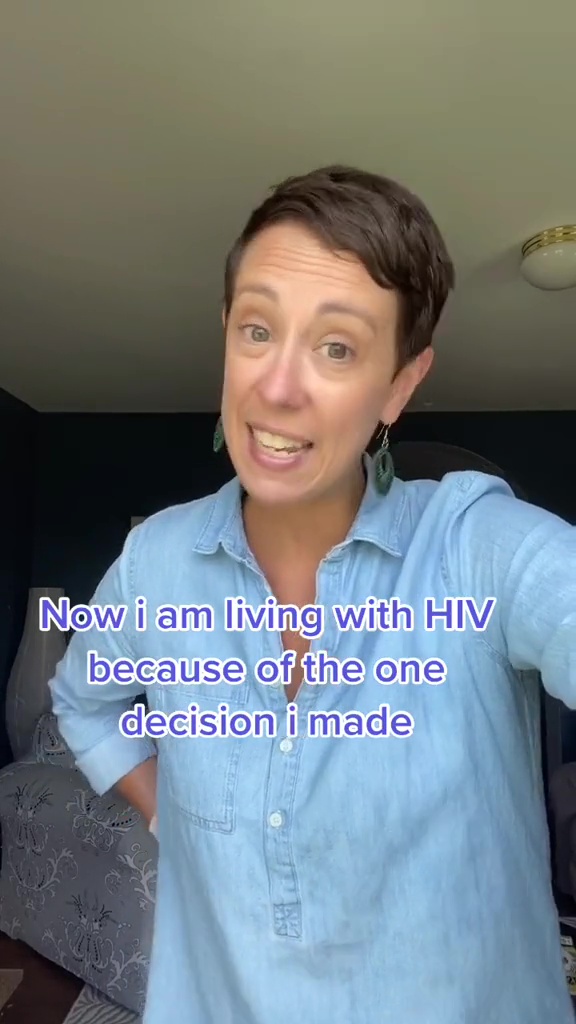 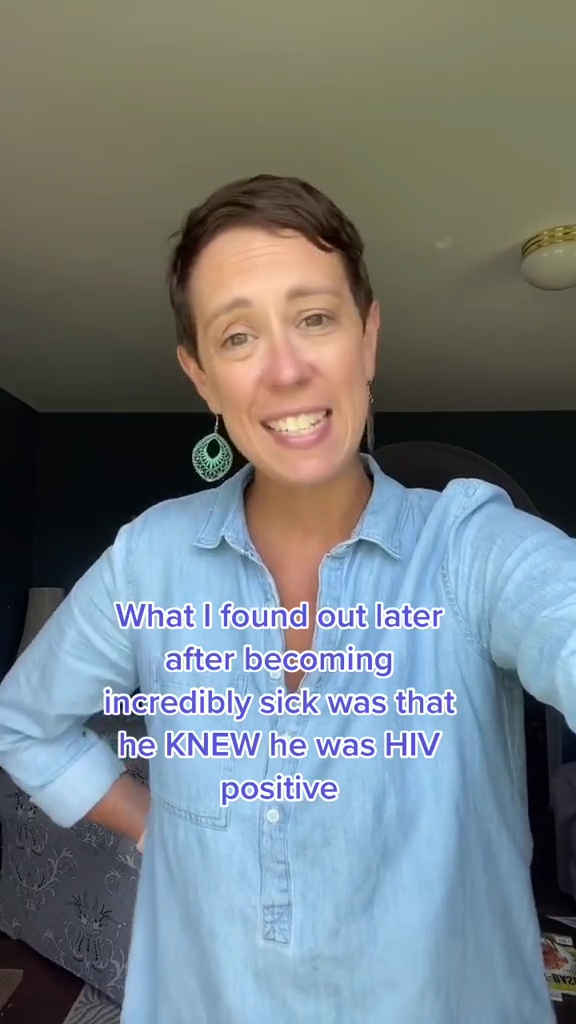 In that moment, Megan says she knew her life was never going to be the same, thanks to one "bad decision" she made not to use protection during a one night stand.

It was only after her diagnosis that she found out the man she had slept with knew he was HIV positive and had chosen not to tell her.

"Maybe things would be different if he was honest with me or if I made a smarter decision to protect myself," she says in one of her videos.

Megan previously told Femail: "Those three big letters came out of my doctor's mouth and I instantly thought my life was over. 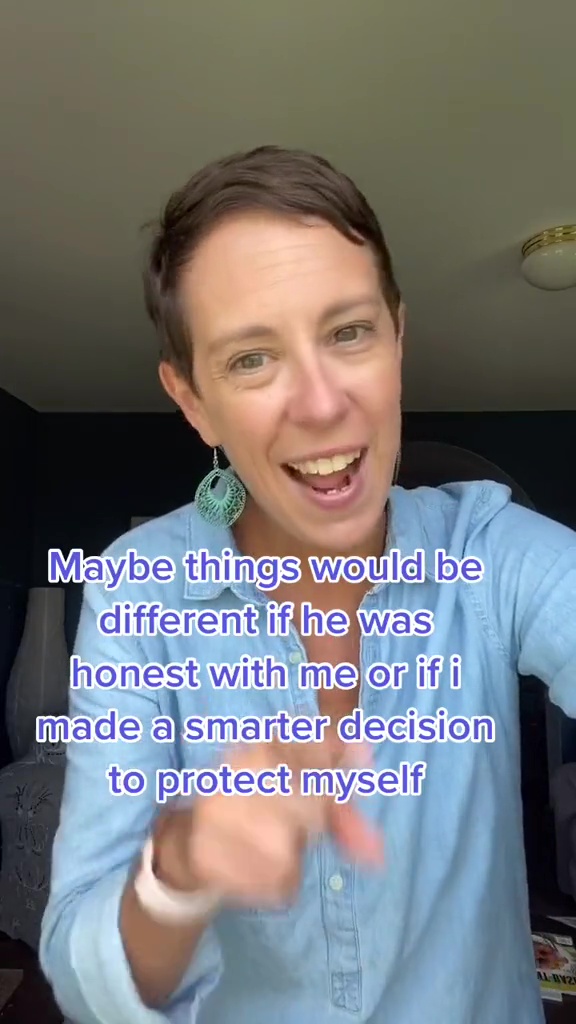 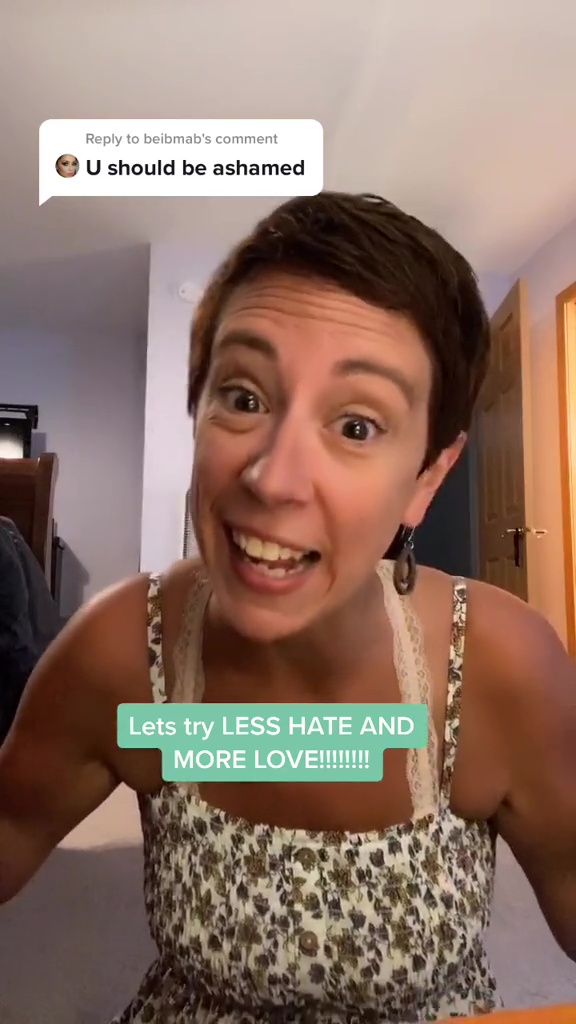 "I feel like all through school they were teaching us to not get pregnant instead of focusing on these big things that are life threatening."

She became convinced that she wouldn't find a partner or be able to have a family, but doctors assured her she could have children and over a decade later, she is now mum to a healthy daughter, now nine.

"My miracle baby is my entire world and I feel incredibly blessed to have my family," she said.

When Megan first met her husband Mark, she had told him about her diagnosis on their first date.

How to control and treat HIV

HIV is treated with antiretroviral medicines – they work by allowing the immune system to repair itself and prevent more damage.

A combination of drugs are used as HIV can become resistant, according to the NHS.

Medication comes in the form of a single pill, also known as a fixed dose combination, and those who are HIV positive can take between 1 to 4 pills every day to keep the virus under control.

Viral load tests are carried out to test the amount of HIV present in the blood in order to measure how well the treatment is working.

Once the viral load can no longer be measured it's known as undetectable – this usually happens within 6 months of starting treatment.

PEP (post-exposure prophylaxis) is a preventative treatment used for those who have been exposed to HIV to stop them becoming infected.

It must be taken within 72 hours of coming into contact with the virus in order for it to be effective.

PEP is available from sexual health clinics and hospitals and involves taking HIV treatment every day for one month.

Now, Megan – who takes medication to control her HIV – says she can no longer pass on HIV as her viral load is undetectable, thanks to her taking a pill every day and looking after her body.

"If somebody was to look at my blood work that didn't know I was HIV positive, they wouldn't have any idea because I'm taking such good care of myself," she explains in a TikTok video.

"Because of that it is untransmittable, so I can no longer transmit it to my husband."

She is making it her mission to raise awareness about HIV and AIDs and reducing the stigma that surrounds the illness by sharing her story and educating others to protect themselves and not make the same mistake she did.

"A lot of people have the misconception that HIV is a death sentence… back in the day, like in the 80s, that was the case – however, that is no longer the case," she says online.

"I can live a very long and healthy life, I can outlive anybody else as long as I'm taking care of myself and taking my medication. I take my medication every day, I eat healthy, I exercise and I get plenty of sleep.

"It's not fun, but I do live a very normal life… I've just accepted that HIV is a part of my life. I know it doesn't define who I am, but it has given me a purpose and I believe that is to educate others."

For more real life stories, one mum reveals her baby died after her symptoms were dismissed as a UTI – I was so traumatised I chose to be sterilised at 35.

Plus, two women found out their boyfriend was seeing them BOTH – so hatched a secret plan to confront and ditch him, and became BFFs.

And one teen has gone viral with her safety tips for women.