From the penultimate season of Never Have I Ever and a fantastical adaptation of Neil Gaiman’s acclaimed comic book series The Sandman to the second season of Indian Matchmaker, these are the best new films and TV shows landing on Netflix in August 2022.

Midsummer is upon us, dear reader, and what a summer it’s been. Though we’re always mightily glad when the Netflix library restocks with a fresh slate of TV shows, documentaries and films, the streaming platform became our closest companion in July as we hid inside from the heatwave getting emotional at Stranger Things.

Now, though, we’re fully in our summer stride, and so is Netflix with a hot list of new arrivals. Care for an early preview of all the excellent content landing next month? Of course you would.

Trending on Netflix UK July 2022: all the best TV shows and films you need to have on your radar

The standouts this month include an adaptation of Neil Gaiman’s acclaimed comic book series The Sandman, the penultimate season of Mindy Kaling’s teen dramedy Never Have I Ever, a Selling Sunset spinoff and the second season of the hit reality series Indian Matchmaker.

Without further ado, let’s take a detailed look at what’s coming to Netflix in August 2022.

Please note that this article will be updated regularly as more films and TV shows are announced.

Forget the summer of love: the 1999 revival of the Woodstock music festival devolved into an “epic clusterf*ck of fires, riots and destruction”, according to Netflix’s new docuseries. Utilising rare insider footage and eyewitness interviews from an impressive list of festival staffers, performers and attendees, the show delves into the disastrous 30th-anniversary Woodstock event to find out exactly what went wrong.

This new romantic comedy follows Asha (Pallavi Sharda) and Ravi (Suraj Sharma), who pretend to date in order to survive uncomfortable conversations as summer wedding season descends. Soon enough, they find themselves falling for each other as they struggle to balance who they are with who their parents want them to be.

The glamorous life of socialite Tamara Falcó takes centre stage in this reality series as she balances work, play and her famous family.

One of the biggest talking points this month is The Sandman, an adaptation of Neil Gaiman’s acclaimed comic book series of the same name, which has been in the works for over a decade.

The fantasy saga stars Tom Sturridge as Morpheus, the Dream King, as he mends the cosmic – and human – mistakes he’s made during his vast existence.

I Just Killed My Dad – 9 August

This unbelievable new docuseries delves into the never-been-told-before true story of Anthony Templet, who shot his father and never denied it. Why he did it, though, is a complex question with profound implications that go far beyond one family. This three-episode series explores the psyche of Anthony leading up to the events of 3 June 2019, and the journey of his mental and emotional aftermath. 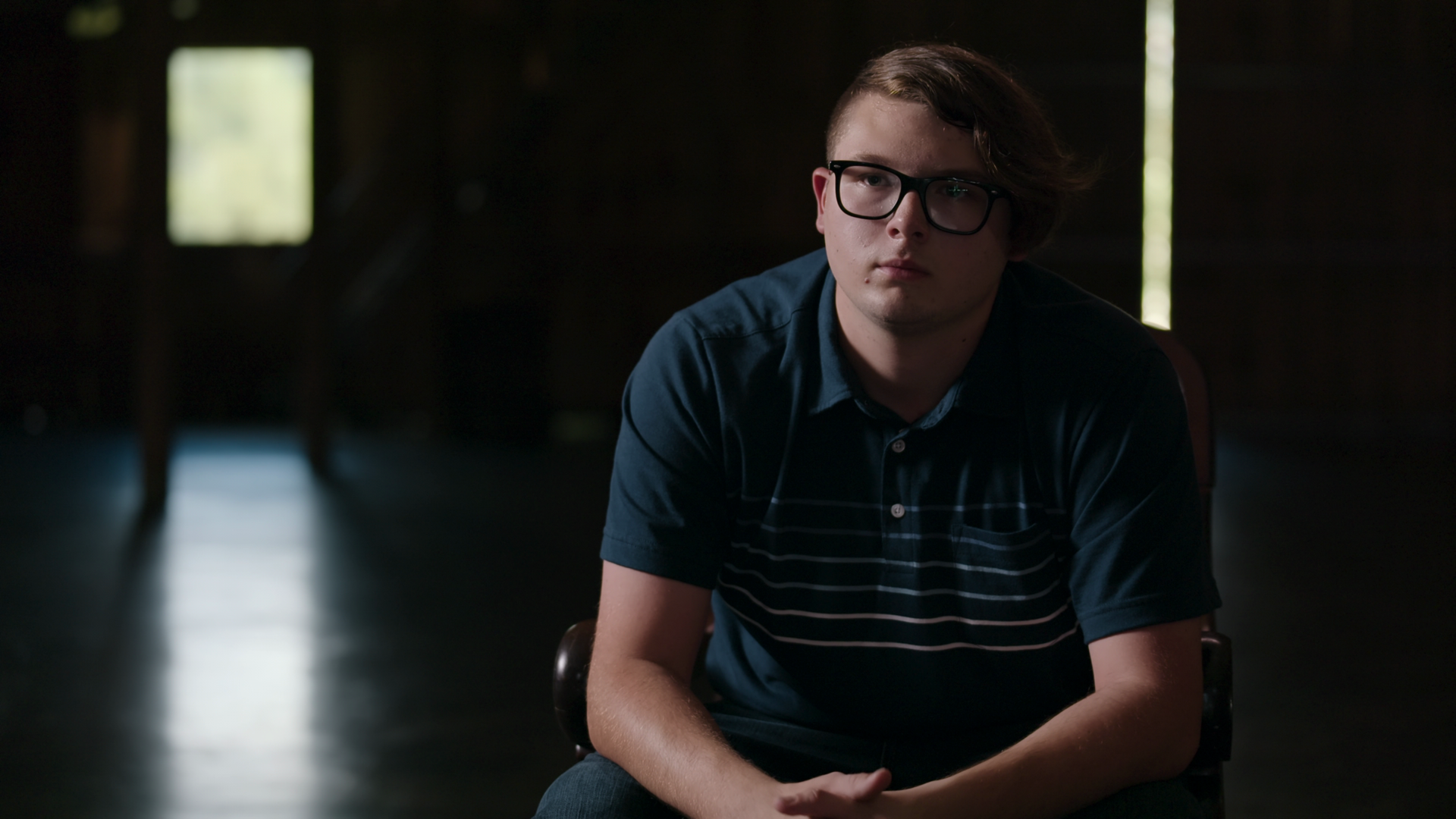 Hosted by Danielle Brooks, the show follows a group of families whose homes are transformed from top to bottom in just one day.

Mumbai’s premier matchmaker Sima Mami is back once again to try to find suitable matches for her wealthy clients both in India and across the world.

The new series sees Sima Taparia, known as Aunty Sima, manage more expectations than ever before from clients, old and new – with wishlists ranging from man-buns, to an “ovo-lacto-semi-vegetarian” diet, to a shared love of Taco Bell. Will these millennials find their perfect match?

Netflix August 2022: Never Have I Ever

In the penultimate run of Mindy Kaling’s hit coming-of-age comedy Never Have I Ever, Indian American teenager Devi (Maitreyi Ramakrishnan) continues to deal with the everyday pressures of high school and drama at home, while also navigating new romantic relationships.

Starring Jamie Foxx and Dave Franco, this original action fantasy comedy follows a hard-working blue-collar dad (Jamie Foxx) who just wants to provide a good life for his quick-witted daughter. While he holds down a mundane job as a San Fernando Valley pool cleaner, his real source of income is hunting and killing vampires as part of an international union of vampire hunters.

Netflix certainly has cornered the market on gripping K-dramas, and this month, a new crime thriller joins the library.

After unwittingly stealing money from a cartel, a cash-strapped professor finds the only way to save his broken family is by working as a drug courier.

Critically acclaimed series Untold returns with a new volume of epic tales from the wide world of sports.

In The Girlfriend Who Didn’t Exist, we find out the real story of football star Manti Te’o’s online connection that turned out to be as astonishing catfishing hoax.

Upcoming Norwegian movie Royalteen is a love story about living with your mistakes, conquering your fears and breaking the internet.

“When Prince Karl Johan (Mathias Storhøi), Kalle amongst friends, and newcomer Lena (Ines Høysæter Asserson) start to develop warm feelings for each other, Lena is charmed but also sceptical, for many reasons,” reads the synopsis.

“Party prince Kalle is a regular figure in the tabloids and the gossip blogs – one of them was run anonymously by Lena herself, until she was exposed. Lena is painfully aware that dating the future king might put them both in an impossible situation and she has not told Kalle or anyone else about her even bigger secret, which is also the reason why she moved from her hometown.”

Can a single moment change your life? That’s the question on Lili Reinhart’s mind in Netflix’s much-anticipated new romcom Look Both Ways.

Reinhart stars as Natalie, a young woman whose life diverges into two different paths on the eve of her college graduation. In one life, she becomes pregnant and must navigate motherhood as a young adult in her hometown, and in the other, she moves to LA to pursue her career. In both journeys, Natalie experiences life-changing love, pursues her dream career as an artist and rediscovers herself.

Opening in 1987, the Tarantino-esque action thriller follows top East German spy Kleo Straub, who is arrested, denounced by the Stasi and even betrayed by her own grandfather after liquidating a businessman in West Berlin on behalf of a secret Stasi commando.

After two years in prison, the Berlin Wall suddenly falls and Kleo is released. But she soon realises that the conspiracy against her is much more complicated than she thought, and that an ominous red suitcase is the key to it all. Kleo thus embarks on a revenge spree that leads her through the anarchic Berlin, improvised electro clubs and Mallorcan fincas all the way to Chile’s Atacama Desert – with the West Berlin policeman Sven constantly on her tail, chasing the case of a lifetime.

The Girl In The Mirror – 19 August

After surviving a bus accident in which almost all her classmates die, Alma wakes up in a hospital with no memory of the incident… or of her past. Her house is full of memories that are not hers, and both amnesia and trauma cause her to experience night terrors and visions that she cannot clarify. With the help of her parents and friends, unknown to her, she tries to uncover the mystery surrounding the accident while struggling to recover her life and her identity.

Heart-pounding mystery thriller Echoes follows two identical twins, Leni and Gina, who share a dangerous secret. Since they were children, Leni and Gina have secretly swapped lives, culminating in a double life as adults: they share two homes, two husbands, and a child. But one day, everything in their perfectly choreographed world is thrown into disarray when one of the sisters goes missing.

Selling Sunset spin-off Selling The OC sees Jason Oppenheim open a new Oppenheim Group office on the Orange County coast. Will the pressure prove too much for these agents to handle?

Critically acclaimed true crime series I Am A Killer is back to interview prisoners convicted of murder on Death Row or those who are spending the majority of their lives in maximum security prisons across the US.

With insight from prosecutors, defense attorneys, investigators, friends and relatives of the victims as well as unflinchingly intimate interviews with the convicted felons, the crimes in question always guarantee plenty of twists and turns.