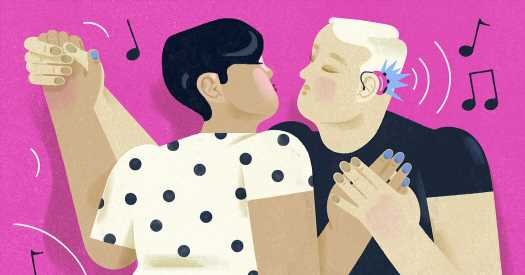 You may be tired of reading columns about the dismally poor use of hearing aids by Americans. And, to be honest, I’d rather not have to write one every year or two. However, most people who could significantly benefit from these miracles of miniaturization still do not use them. But help is on the horizon.

Two-thirds of Americans aged 70 and older “have clinically relevant hearing loss,” according to the Johns Hopkins Cochlear Center for Hearing and Public Health. Unaddressed hearing loss can increase the risk of cognitive decline, dementia, falls, cardiovascular disease, social isolation, depression and anxiety, but less than 20 percent of the adults who could benefit from a hearing aid currently wear one.

Although the need is generally greatest for those 65 and older, the Medicare legislation of 1965 excluded the coverage for hearing aids (as well as for vision aids and dental care) and never updated it. Medicare does cover the cost of a hearing exam performed by an audiologist, who can diagnose and prescribe treatment for hearing loss. But if the result is a prescription for hearing aids, which can range in cost from about $2,000 to $12,000 a pair, they will not be covered by Medicare and only rarely by private insurance.

Are inexpensive aids on the horizon?

Maybe, like me, you’re still waiting for the long-promised availability of low-cost, over-the-counter hearing aids. In 2017, a bipartisan congress passed a law that would allow for the sale of over-the-counter hearing aids for those with mild to moderate hearing loss, but the Food and Drug Administration has yet to issue regulations to assure that such devices are both safe and effective. The agency, preoccupied with the pandemic, failed to meet the law’s mandated deadline to publish the required rules by August 2020.

As things now stand, given the high and often prohibitive out of pocket cost of hearing aids, many have waited far too long to get needed technological help. But the wait may end soon.

On July 9, President Biden signed an executive order giving the drug agency 120 days to issue guidelines so that those with mild to moderate hearing loss could purchase high-quality hearing assists directly from retailers like Apple, Bose or Samsung that cost several hundred dollars a pair, not several thousand.

Such companies have already proven themselves by creating superior sound quality and are expected to not take long to market top-of-the-line hearing aids that cost no more than a basic cellphone. (I already hear much better when using the speakerphone feature on my cellphone rather than my landline. FaceTime or Skype also provide greater clarity.)

Will audiology services be covered?

Affordable access to a device is just the first step toward improved hearing for the millions of people who now struggle to understand conversations, lectures, movies or broadcasts on radio and television. Additional legislation now before Congress would expand Medicare coverage not only for medically prescribed hearing aids, but also for critically important audiology services that could benefit those who purchase over-the-counter hearing devices and need adjustments, as well as those who might benefit from seeing an audiologist, but who don’t necessarily need a hearing aid.

Dr. Frank Lin, an otolaryngologist and director of the Johns Hopkins center, explained that audiologists can provide their patients with better communication tips, even if they don’t require a hearing aid. “For example, by speaking face-to-face with people, shutting out background noise, adjusting the volume on the phone or using a cellphone on speaker or FaceTime instead of a land line,” he said. “Right now, audiologists are not paid to do this unless you purchase a hearing aid.” Dr. Lin applauded the Democrats’ budget draft of $3.5 trillion that includes Medicare coverage for such hearing care services.

Are you worried about appearance?

But high cost and inconvenient access are not the only reasons many people who need hearing aids are unwilling to get them. I had gifted an elderly aunt an $8,000 pair years ago and they sat in a drawer unused. “They make me look old,” was her excuse, a common impediment to hearing aid use, even if unspoken.

Yet a similar concern doesn’t keep people with poor vision from wearing glasses. And modern digital hearing aids border on invisibility. They come in three main styles: behind-the-ear, in-the-ear and in-the-ear-canal. Sound is conveyed through a tiny speaker that fits inside the ear, attached by a barely visible wire to a very small flesh-colored “computer” containing a microphone, amplifier and battery that sits behind the ear.

My friend Michael Stoff, proprietor of an eyeglass shop in Brooklyn, who recently got hearing aids at age 64, said that for him, vanity is not an issue. “I just want to hear well — at dinner with friends, in the movies, the theater, when shopping or talking with customers,” he told me. “I’m realistic. If I was so interested in vanity, I’d be 50 pounds lighter!”

Mr. Stoff’s hearing aids, like most modern ones, connect to his television and cellphone via Bluetooth. He’s thrilled with the aids, which he purchased at Costco for $2,000, including all needed adjustments and counseling. “The sound is so crystal clear, it’s as if my ears are 15 years old,” he said.

When the new generation of over-the-counter hearing aids become available, they may look very much like the already popular AirPods that so many people of all ages now walk around with while listening to music and podcasts, and while making calls on their cellphones. Perhaps people might not even notice them.

Misplacing the tiny devices, however, is an issue for some people, especially those who are older. Hearing aids must be removed once a day and recharged, usually overnight. And unlike a water-resistant watch, hearing aids also must be kept dry, so they should be removed when showering or swimming.

Forewarned: Dr. Lin cautioned that “a lot of the cheap hearing assists currently sold in pharmacies are bad; they make speech harder to understand by amplifying the wrong sounds.” They are not hearing aids; they may raise the level of incoming sounds, but at the expense of clarity. But he gave a thumbs up to the hearing aids and services at Costco that cost $2,000 or less.