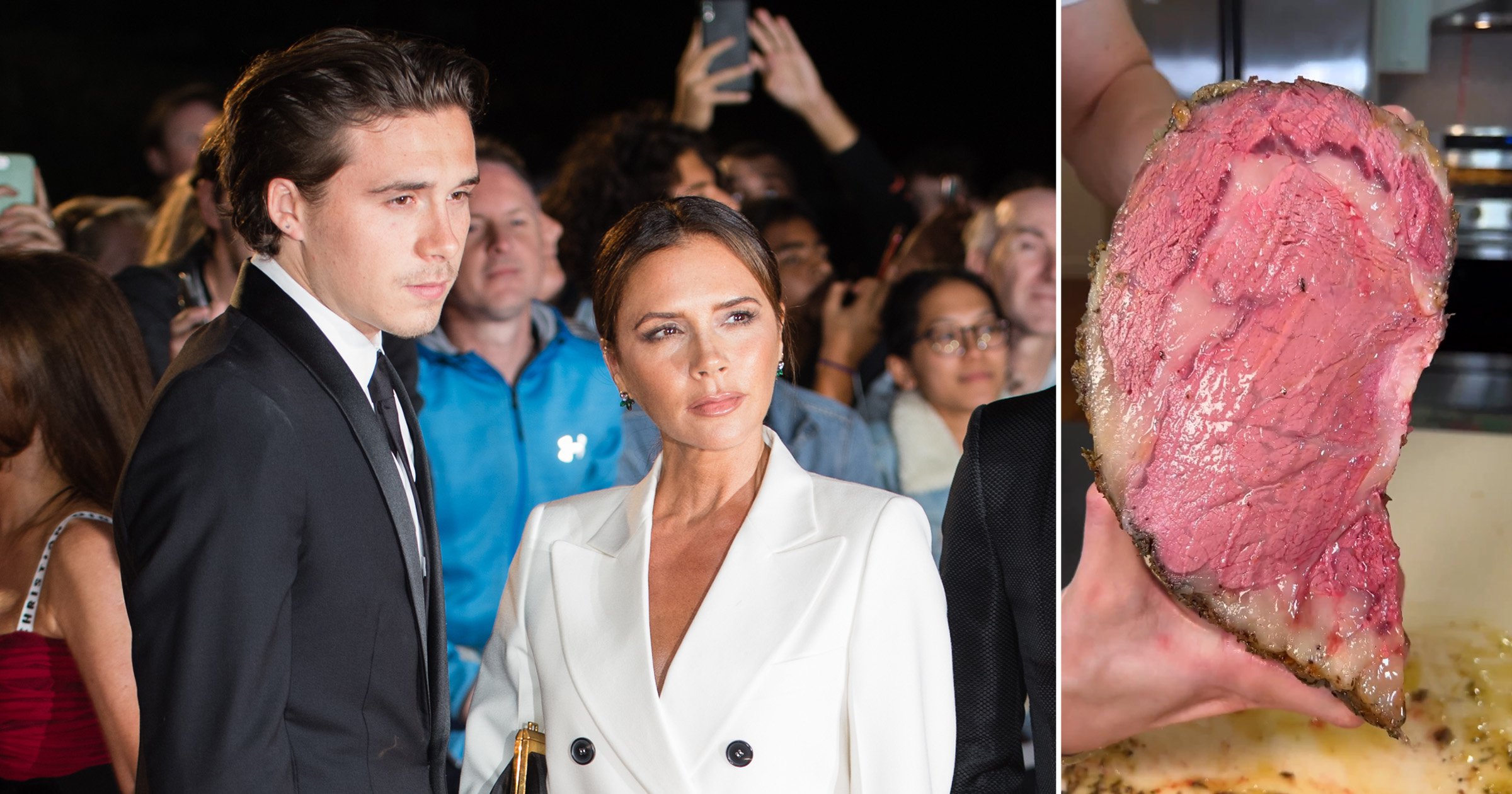 Victoria Beckham has jumped to her eldest son Brooklyn Beckham’s defence after the internet rinsed him for cooking a ‘raw’ Sunday lunch.

On Wednesday, Brooklyn shared a video of himself rustling up a ‘Michelin style’ Sunday beef dinner, but viewers raised concerns it was raw.

Not Victoria, though, who has now told fans she’ll be using her son’s tutorial as inspiration for her own Sunday lunch, firmly adding: ‘It’s rare people, not raw.’

The mum-of-four added: ‘I’ll be attempting this for your dad and brothers and sister!’

It was then that Victoria fired back at the naysayers and pointed out that the meat was ‘rare, not raw’.

Aspiring chef Brooklyn, 23, was joined by ex-Michelin cook Kevin Lee in his most recent tutorial, and the pair were seen labouring in the kitchen before serving up a dry-aged rib roast alongside ‘extra-crispy’ roast potatoes, Yorkshire pudding, glazed carrots and a madeira and porcini mushroom gravy.

However, as we well know, not everyone was a fan, and Brooklyn’s efforts didn’t go down too well with some.

Followers on social media took against the meat being served rare, branding it ‘very raw’ and slammed the ‘reckless amount of butter’ being used, with several calling it ‘a heart attack on a plate’.

‘Might as well bite the cow while it’s grazing,’ commented one person beneath Brooklyn’s video, while another claimed: ‘A good vet could bring that back to life.’

Others branded it ‘barely cooked’ and ‘very raw’, adding to the fiery conversation around how people like their meat done.

Meanwhile, some social media users were taken aback by the amount of butter used in the cooking process.

‘That’s just a reckless amount of butter for that much meat,’ wrote one.

Brooklyn’s beef and trimmings did attract praise as well though, with one follower saying it ‘looked beautiful’ and another posting: ‘Omg I’m salivating.’

Titled Cookin’ With Brooklyn, the series’ bagel episode attracted a lot of attention after it was claimed it took a reported crew of 62 people to film him – and that it cost a staggering $100,000 (£74,000) to make.

It’s said he’s now filming a new docuseries in which he’ll be cooking on the line in established restaurants.