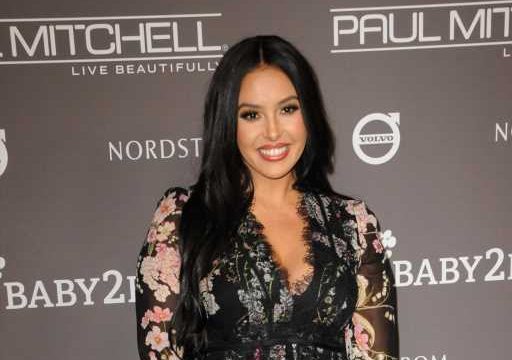 Vanessa Bryant is defending her late husband Kobe Bryant against past rape allegations. Earlier today on her Instagram story, Vanessa slammed Westworld actress Evan Rachel Wood for a tweet she wrote just hours after Kobe and Gianna’s death was announced and that labeled him a “rapist,” to which the mother called “vile” and “disturbing.”

Wood’s tweet from January 2020 read, “What has happened is tragic. I am heartbroken for Kobe’s family. He was a sports hero. He was also a rapist. And all of these truths can exist simultaneously.” 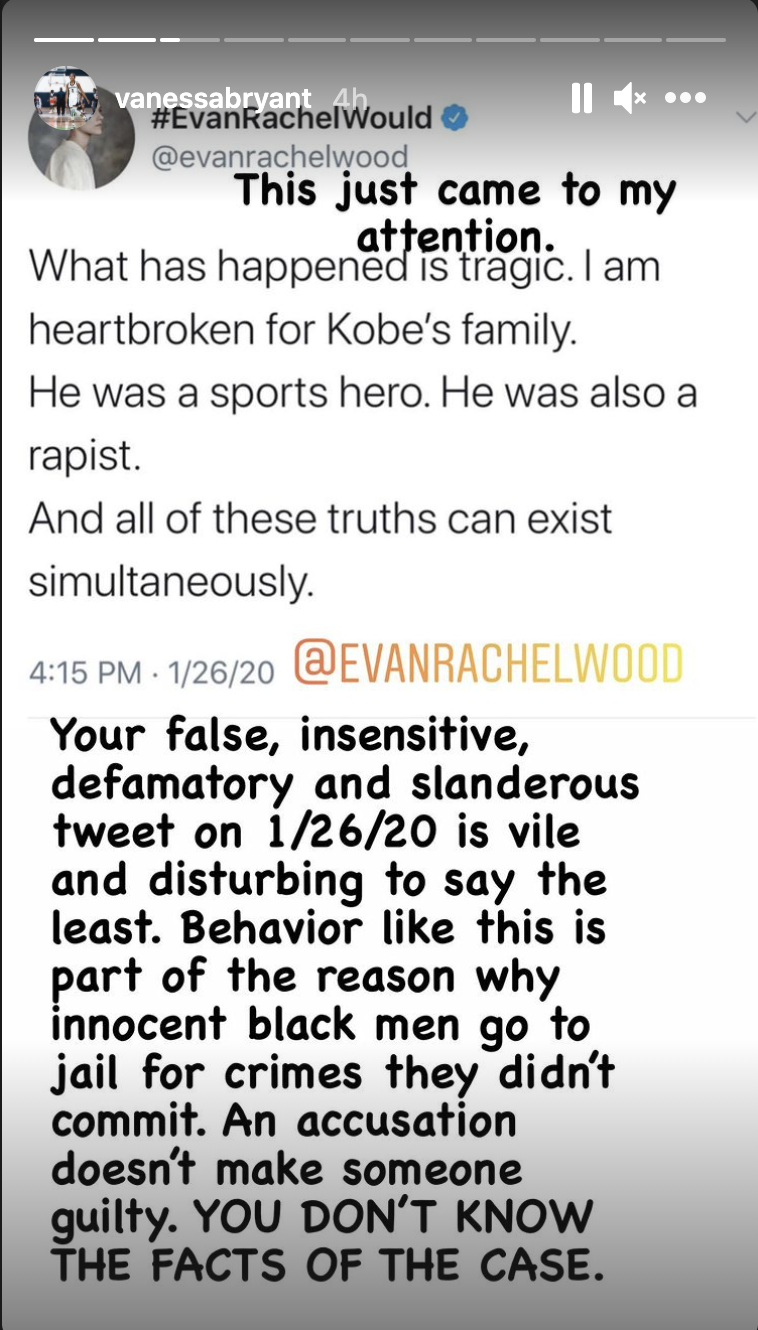 The post refers to when the NBA star was accused of sexual assault in 2003 by a hotel employee. After the accuser refused to testify, criminal charges were dropped against Kobe and both sides reached a settlement when the unidentified woman sued him. At the time, Kobe admitted to being unfaithful to Vanessa with the 19-year-old hotel clerk, which led her to file for divorce, but the couple reconciled shortly thereafter and remained happily married until Kobe passed away.

Tagging the actress in her response, Vanessa said, “This just came to my attention.” She added, “Your false, insensitive, defamatory and slanderous tweet on 1/26/20 is vile and disturbing to say the least. Behavior like this is part of the reason why innocent black men go to jail for crimes they didn’t commit. An accusation doesn’t make someone guilty.”

She concluded her message to say, “YOU DON’T KNOW THE FACTS OF THE CASE.”

On her IG story, Vanessa also wrote to film producer Abigail Disney, who tweeted a similar message that read, “The man was a rapist. Deal with it.” 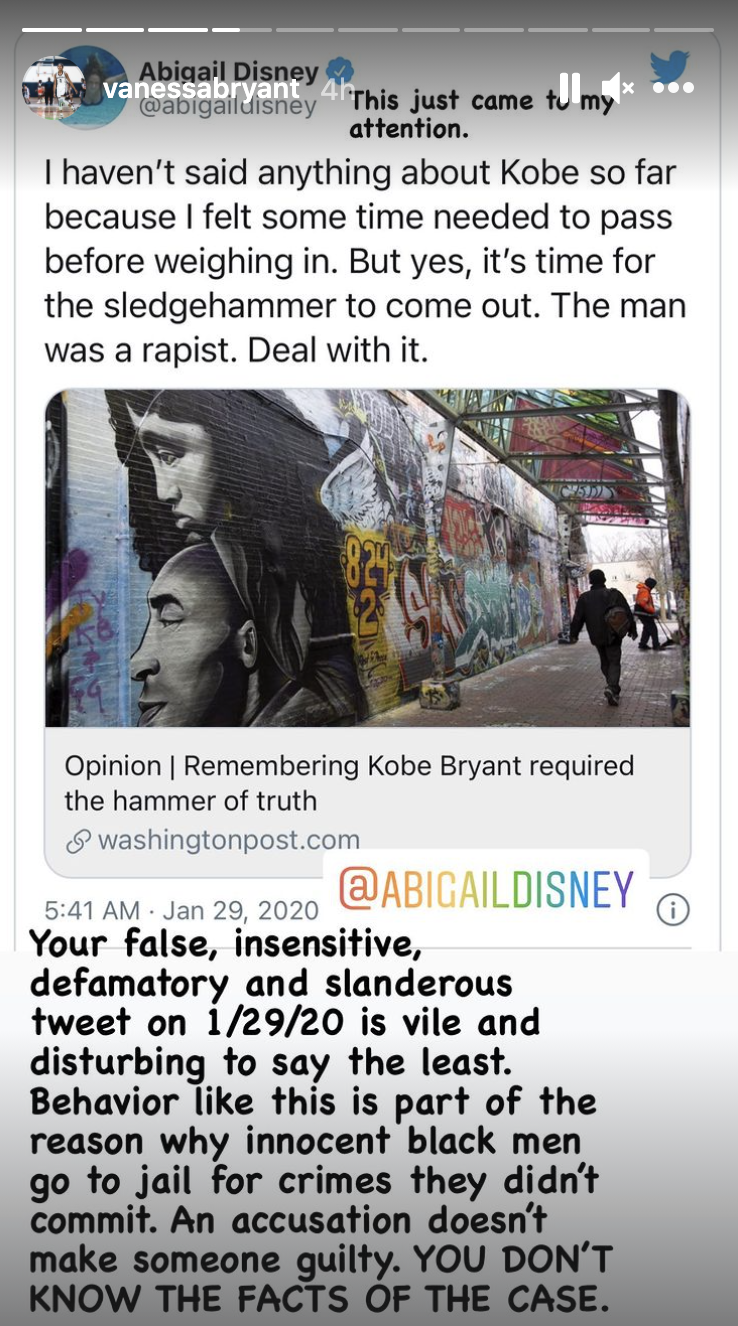 After posting her comments to Wood and Disney, Vanessa went on to share supportive messages written by multiple people who defended her late husband on social media.

Before you go, click here to see celebrities who have opened up about surviving sexual assault.