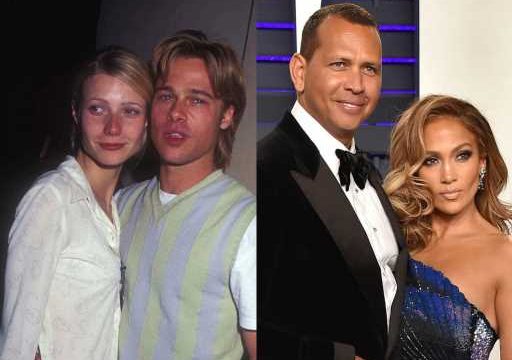 When Jennifer Lopez and Alex Rodriguez’s engagement sadly broke off after two years together, there was a lot of rumbling about Lopez’s previous engagements, as if it’s surprising that the triple-threat Hustlers star has fielded numerous proposals over the course of her life. Sure, Lopez has been engaged a total of five times — to Ojani Noa, Cris Judd, Ben Affleck, Marc Anthony, and Rodriguez — but so have, it turns out, plenty of other stars. In fact, Lopez isn’t even the frontrunner for celebs with the most engagements. Famous folk like Elizabeth Taylor with her ten accepted marriage proposals and Billy Bob Thornton with his six former fiancées make J.Lo’s five rings seem positively paltry in comparison, and there are plenty others on Lopez’s level too. 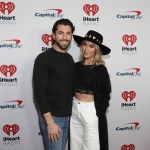 While women always seem to get more heat for their romantic relationships, it should also surprise no one that men in Hollywood more than hold their own when it comes to racking up serious former flames. A-lister Brad Pitt has been ready to say “I do” four times, though he only made it down the aisle twice, and both David Foster and Gary Oldman have gotten down on one knee as many times or more than J.Lo has said yes. Some people just love love — and these stars just couldn’t wait to commit.

Read on for all the celebrities who have been engaged four or more times just like Jennifer Lopez, and think twice before crowning her the queen of engagements again. If anything, that title belongs to Liz Taylor.