PARIS — In a frenzied, four-day auction in the grand hall of the Savoy Hotel in Nice in June 1942, buyers bid on paintings, sculptures and drawings from “the cabinet of a Parisian art lover.” Among the 445 pieces for sale were works by Degas, Delacroix, Renoir and Rodin.

The administrator monitoring the sale, appointed by the French collaborationist Vichy regime, and René Huyghe, a paintings curator at the Louvre, knew the real identity of the art lover: Armand Isaac Dorville, a successful Parisian lawyer. They also knew that he was Jewish.

After Hitler’s armies invaded and occupied Paris in 1940, the Vichy government began to actively persecute Jews. Barred from his law practice, Dorville fled Paris to the unoccupied “free zone” in southern France. He died there of natural causes in 1941.

The Louvre’s Huyghe bought 12 lots from Dorville’s collection with government funds on behalf of France’s national museums, and the Vichy authorities seized the proceeds of the entire auction under 1941 “Aryanization” laws that allowed it to take over personal property owned by Jews. Two years later, five of Dorville’s family members were deported and perished in Auschwitz.

Works From the Dorville Sale in the Louvre Collection 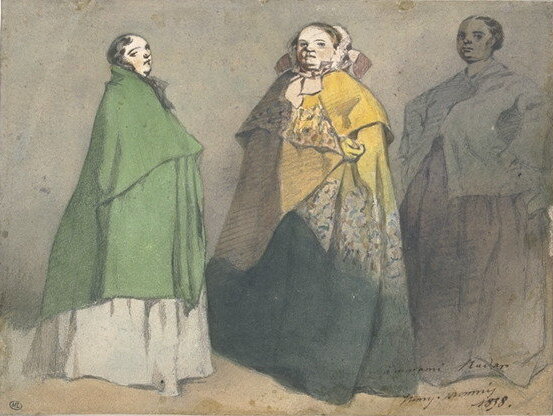 The full history of the Dorville auction might have remained secret had it not been for Emmanuelle Polack, a 56-year-old art historian and archival sleuth. The key to her success in discovering the provenance of works that suspiciously changed hands during the Nazi Occupation was to follow the money.

France has faced criticism that it lags behind countries like Germany and the United States in identifying and returning artworks looted during the war years, and, recently, the Louvre has sought to turn its image around. Its goal is to find and encourage the descendants of the works’ original owners to reclaim what is rightfully theirs.

“For years I cultivated a secret garden about the art market during the Occupation,” Polack said in an interview. “And finally, it is recognized as a crucial field for investigation.”

In 2020, he hired Polack as the public face of the museum’s restitution investigations. “When he offered me a job, I said to myself, ‘No, it’s not possible,’” she said. “And then, suddenly, I found myself working in the heart of the Louvre’s collections. It is truly an honor.”

In March, the Louvre put a catalog of its entire collection online — nearly half a million artworks. There is a separate category for a mini-collection of more than 1,700 stolen artworks returned to France after World War II that the museum still holds because no rightful owners have come forward. Other French museums hold several hundred more works.

Their presence is still an embarrassment for France. After World War II, about 61,000 stolen paintings, sculptures and other artworks were returned; the postwar government swiftly turned over 45,000 of them to survivors and heirs, but sold thousands more and kept the funds. The ones that remain in French museums are sometimes known as the “orphans.” 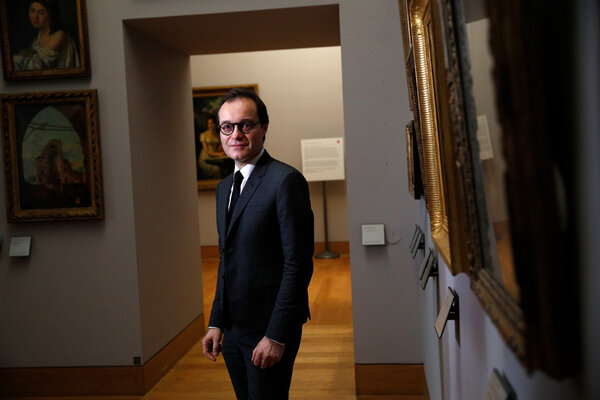 Polack works closely with Sébastien Allard, the head of the Louvre’s paintings department, who for years pressed the French art establishment to do more about finding the owners and heirs of “orphan” paintings, and who in late 2017 curated two small galleries at the museum to show about 30 of the works.

Polack is currently studying the provenance of several of those paintings. She combs through the Louvre’s voluminous files, auction catalogs, art gallery and framers’ receipts, catalogues raisonnés and correspondence to track how works of art changed hands over the years. She focuses on the reverse sides of paintings, which often give clues about sales, restorations and framers that might lead back to their owners.

“The backs of paintings can be very talkative,” Polack said.

She also has begun to study auction catalogs and documents in the Drouot auction house, which opened its archives to the Louvre in March.

“No one, not my grandparents, not my parents, ever talked about the war,” she said. “The story was transmitted through the unspoken, and there is nothing worse than the unspoken.”

Polack learned the basics about the art market from her father, a real estate agent who collected paintings and antique cars and took her to flea markets and auctions when she was a teenager. After specializing in Holocaust studies for her master’s degree, she taught history and geography in a public high school and worked for more than a decade in monument conservation and restoration.

Fascinated more by how art works changed hands than by the pieces themselves, she decided to write about the booming art market during the Occupation. But, she said, she knew that the only way to be taken seriously as a research scholar was to get a doctorate in art history.

In 2017, at the age of 52, she finally produced a doctoral dissertation — which became a book two years later — on the French art market during the war years.

Polack already had made her reputation abroad, as a member of an international task force in Germany following the discovery of around 1,500 works squirreled away by Cornelius Gurlitt, whose father, Hildebrand, bought artworks for Hitler.

While working for the task force, she uncovered the key to the Dorville story. She looked at the back of a portrait by the Impressionist painter Jean-Louis Forain and discovered a yellowing label, with an item number from the catalog of auction in Nice. “CABINET d’un AMATEUR PARISIEN,” it read, with no other information about the seller’s identity.

Intrigued, she traveled to the city, and uncovered in public archives the sale catalogs, the auction minutes, the identity of the seller and documents proving the involvement of the Vichy government’s Commissariat for Jewish Questions. Working with a genealogical firm, she located and then befriended the Dorville heirs.

“Her tenacity, her combativeness is incredible,” said Philippe Dagen, an art historian and critic for Le Monde newspaper who wrote a book on looted art with Polack.

“The Indiana Jones of Looted Paintings,” is how Le Point magazine has described her.

Nearly eight decades after the auction, the consequences of the sale in Nice continue to haunt France, pitting the French government against Dorville’s heirs, reviving the ugly history of the Louvre’s involvement in a problematic sale and putting Polack in an uncomfortable position.

Dorville’s heirs contend that the sale of his artworks was forced under the wartime anti-Jewish laws, making it an illegal act of “spoliation” or looting. They argue that, had the government given them the proceeds from the auction, perhaps the five family members who perished at Auschwitz might have found a way to survive.

Polack has long supported the family’s position. In a 2017 Le Monde article, she called the Dorville auction “one of the main sales from looting carried out by the French in World War II.”

The French government, by contrast, relying largely on gaps in the evidence about how the auction came to be, arrived at a different conclusion.

In May, the government accepted the findings of the commission that examines reparation claims from victims of wartime anti-Jewish laws, which declared that the Dorville auction was carried out “without coercion or violence.”

However, because of the Louvre’s involvement, the French government decided that the 12 works bought by the museum should be returned to the Dorville heirs. At the same time, since the government did not declare the sale illegal, several French museums that bought or were given nine additional works from the auction will get to keep them. Under Culture Ministry rules, the Louvre cannot comment on the decision.

The irony for Polack is that, as a Louvre employee, she cannot speak freely about it either. “When I arrived, everyone knew who I was, what I was doing, what family I was helping,” she said. “But I will stop there.”

The ruling has unleashed a firestorm of criticism among art historians and critics. In an article in the newspaper Le Figaro, Claire Bommelaer, a senior culture correspondent, wrote “What is a sale under duress, if not a sale organized by Vichy, when all the beneficiaries are hunted down, banned from auction rooms and subject to anti-Jewish laws?”

The Dorville heirs plan to challenge the government’s decision in a French court. “It wasn’t the Germans who did this,” said Corinne Hershkovitch, a leading art lawyer who represents the family. “The French state must admit that this sale fell under the Aryanization laws of Vichy France. It must recognize that this sale was forced and illegal.”

France’s decision is in sharp contrast to a ruling by Germany’s Culture Ministry, which concluded in 2020 that the Dorville auction was a forced sale and returned three works bought there by Gurlitt, Hitler’s art dealer. Polack was present at the 2020 formal restitution ceremony in Berlin.

The outcome of the Dorville court case in France could have repercussions for museums in the United States that hold works from the auction, including the Metropolitan Museum of Art, Yale University’s art gallery and the Minneapolis Institute of Art. The heirs have asked for those to be returned.

For Francine Kahn, a 73-year-old biologist and a grandniece of Dorville, it is the reputation of the family that is at stake.

“This is not about money,” she said in an interview. “We have a responsibility to honor the memory of the five family members who perished at Auschwitz.”

She said that she understands Polack’s silence about a case that helped make her reputation in France. “She cannot say the French government is wrong, even if she may be convinced otherwise,” she said. “As the French say, ‘You don’t spit in the soup.’”