Serving a dose of nostalgia, A Bathing Ape is gearing up to drop three colorways of its most famed sneaker, the BAPESTA.

First released in 2000, the BAPESTA has solidified itself as an icon in the streetwear realm. Adopting design cues that pay homage to the staples of street culture, the silhouette is revamped and back better than ever for 2021.

Its play on traditional camouflage has become the cornerstone of the brand and sees the outer STA insignia and laces adorned in its signature ABC CAMO print — arriving in green, pink and blue. Constructed with a solid rubber outsole, the sleek white upper is comprised of rigid caviar leather built for everyday wear featuring a debossed BAPE head at both heels. Signature “BAPE” lettering is embossed onto the midsole with the branding completed with metal eyelets and matching heavyweight lace locks. 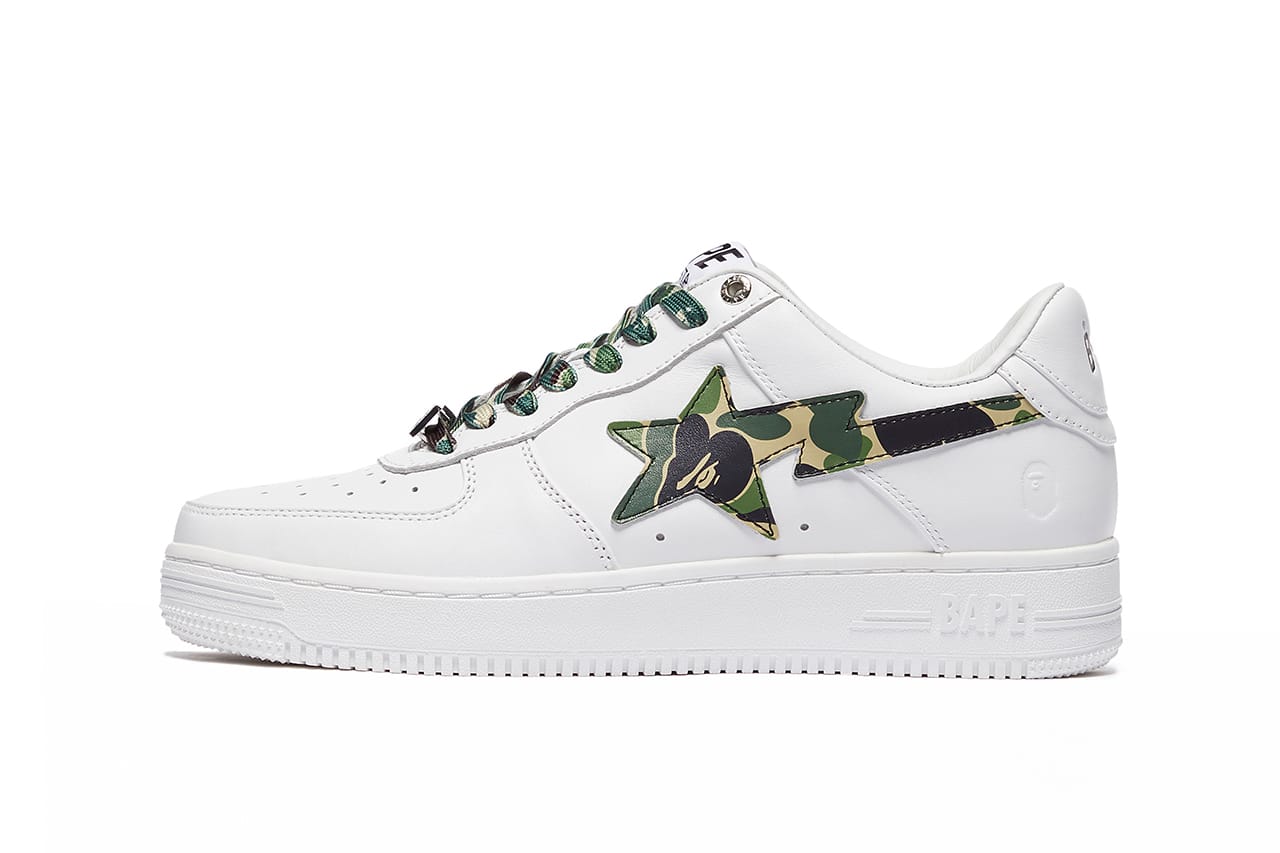 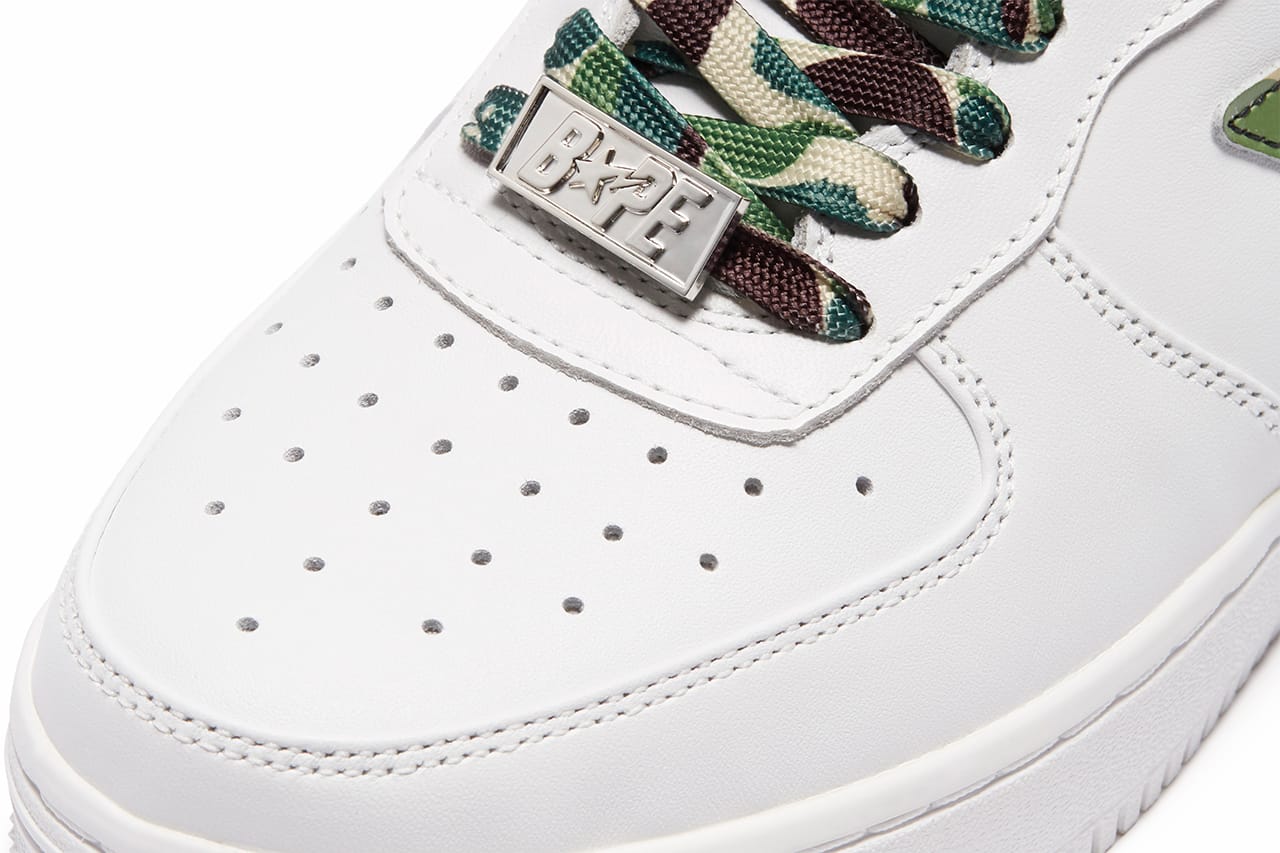 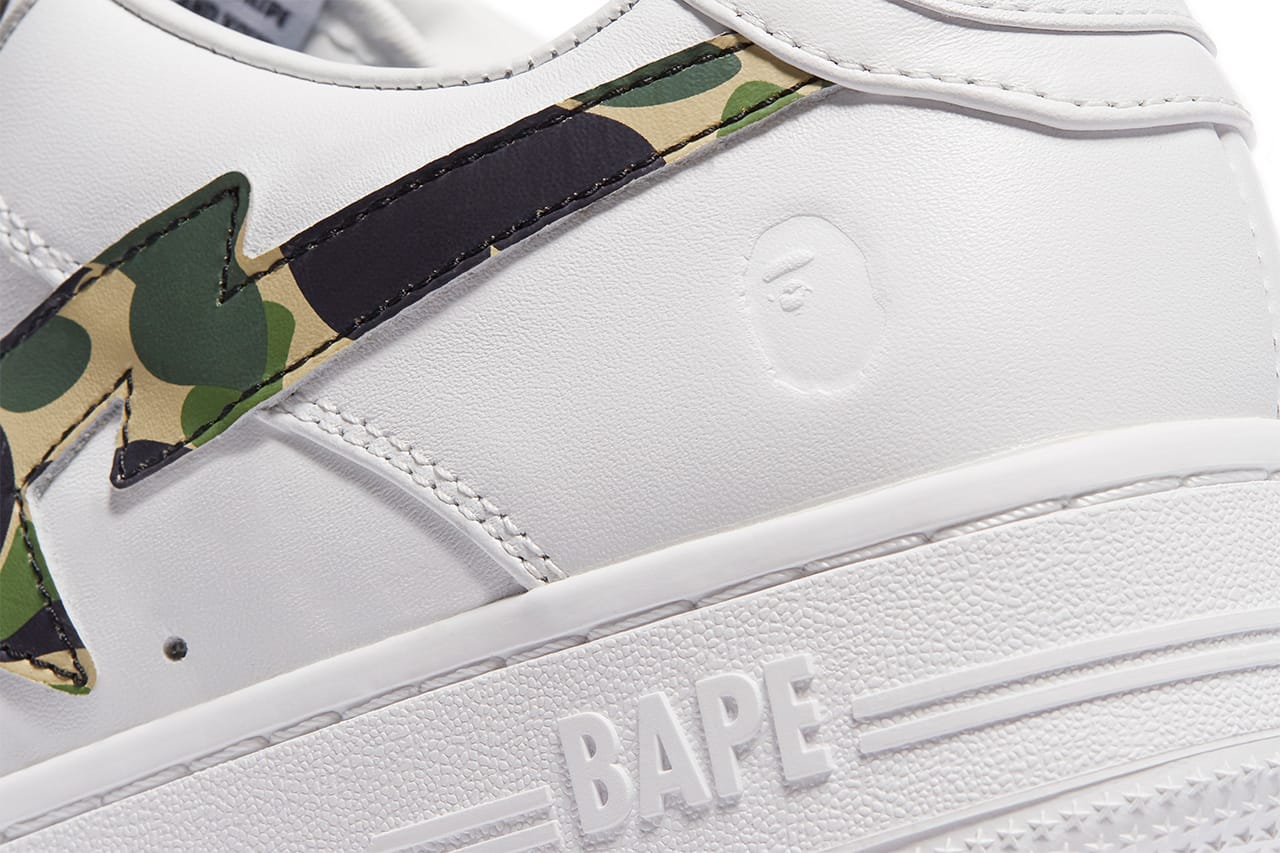 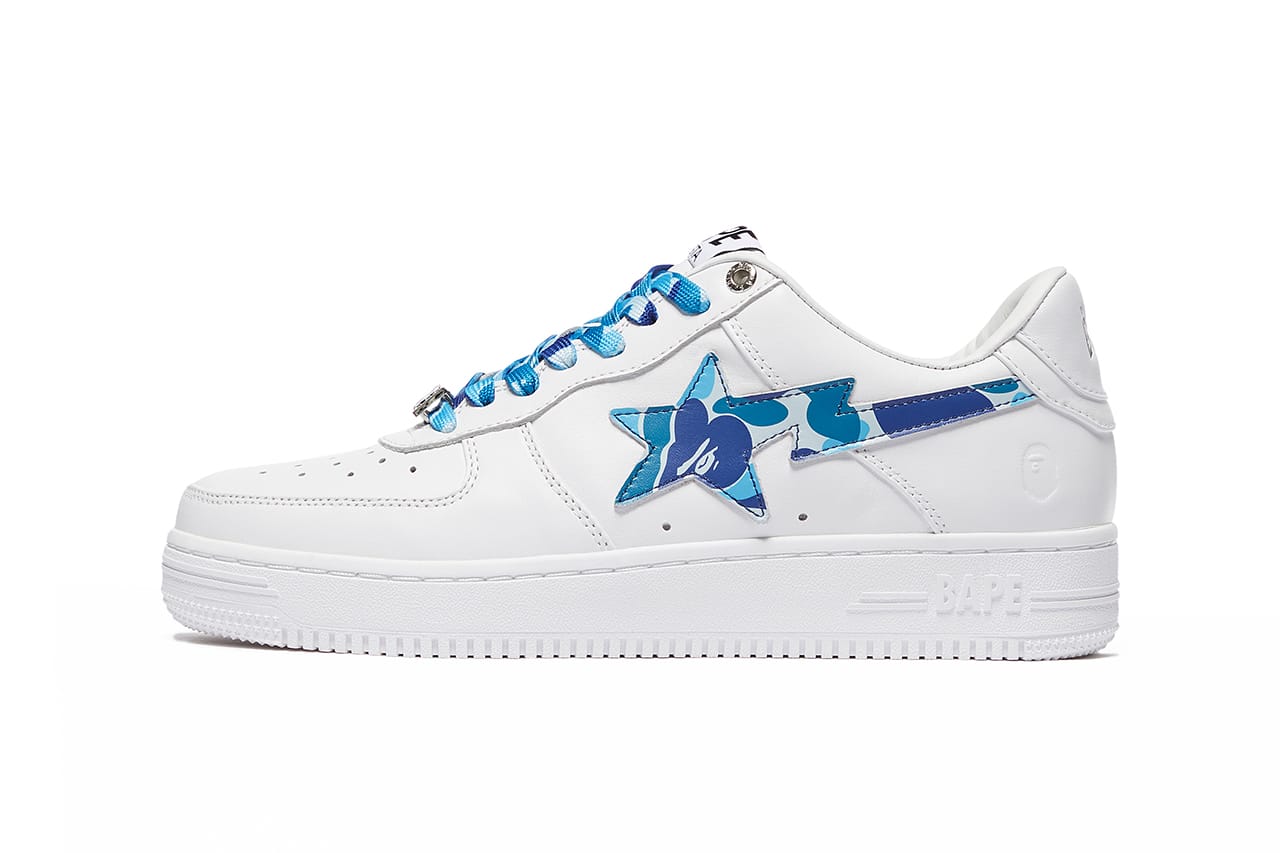 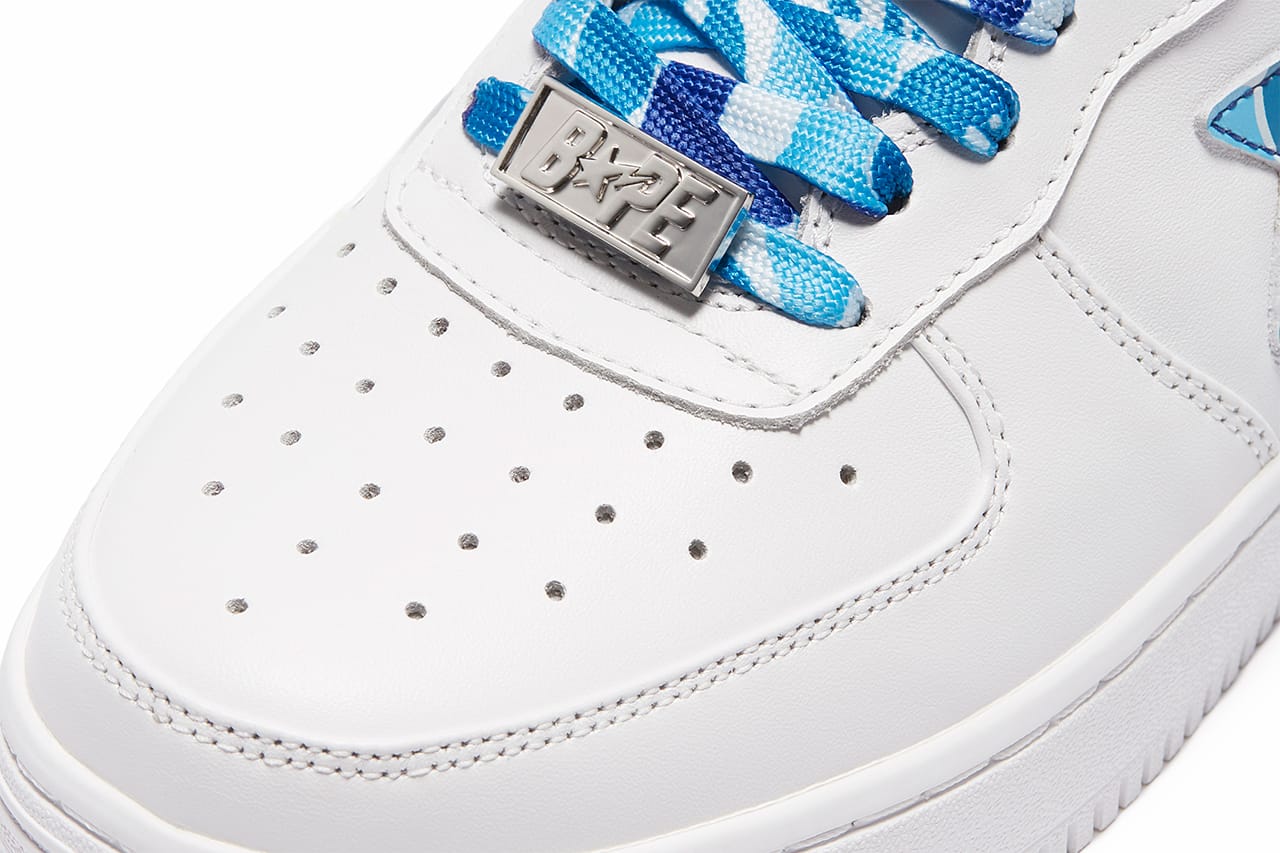 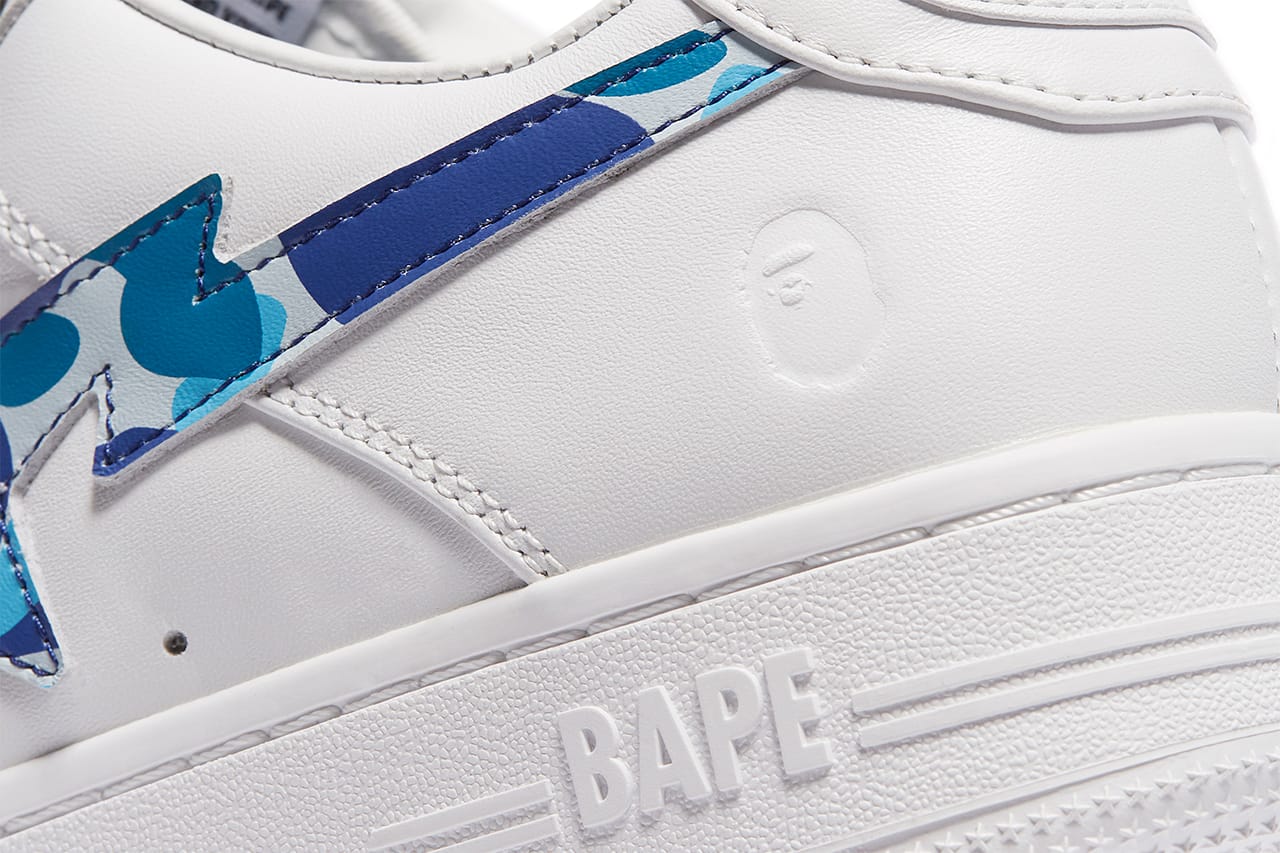 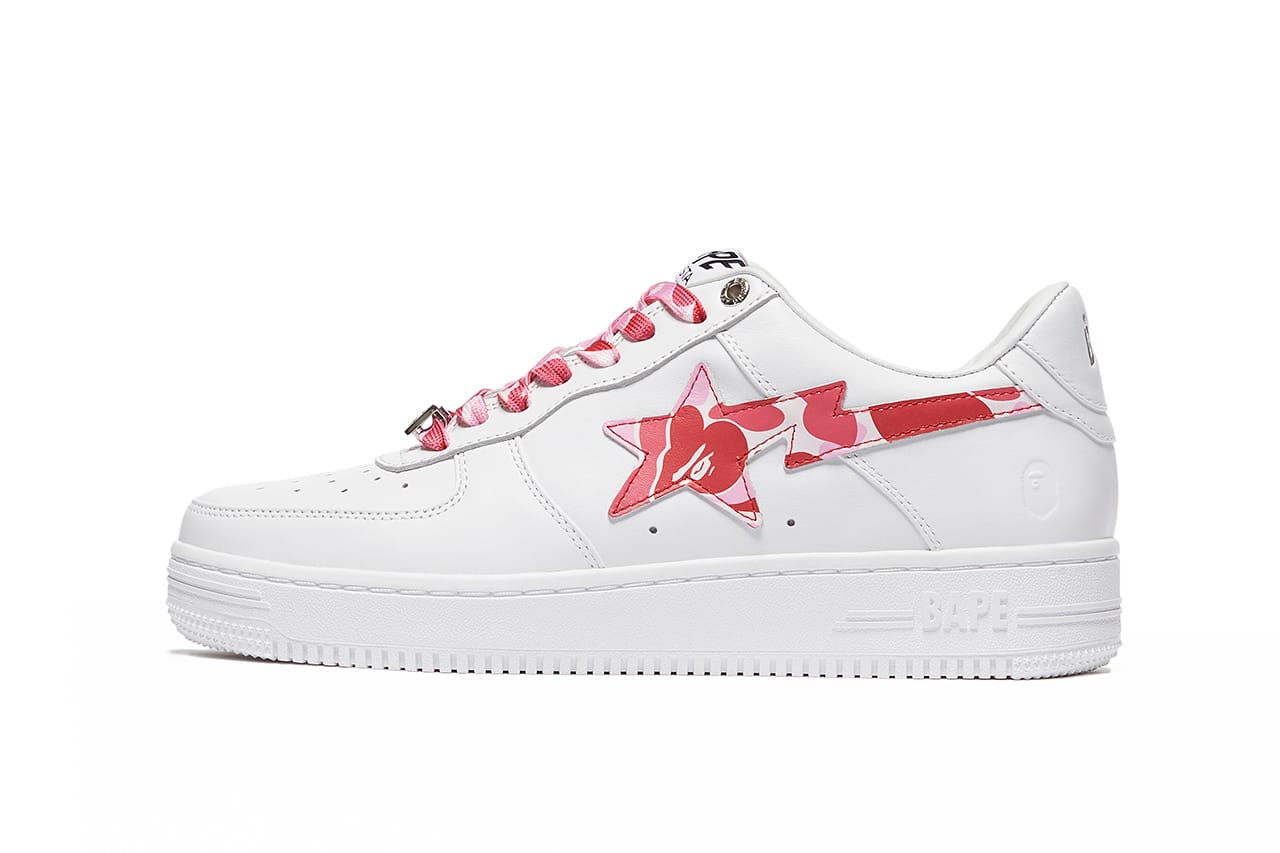 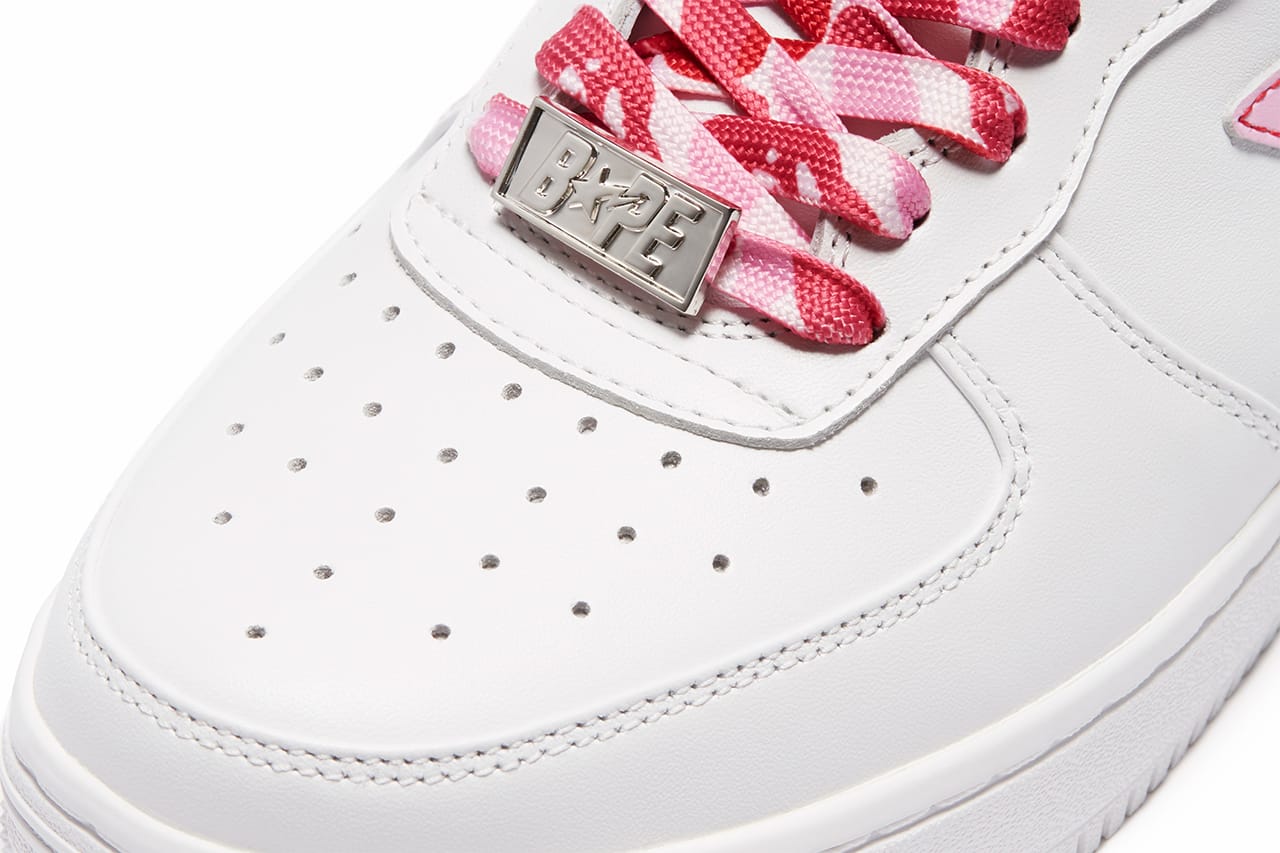 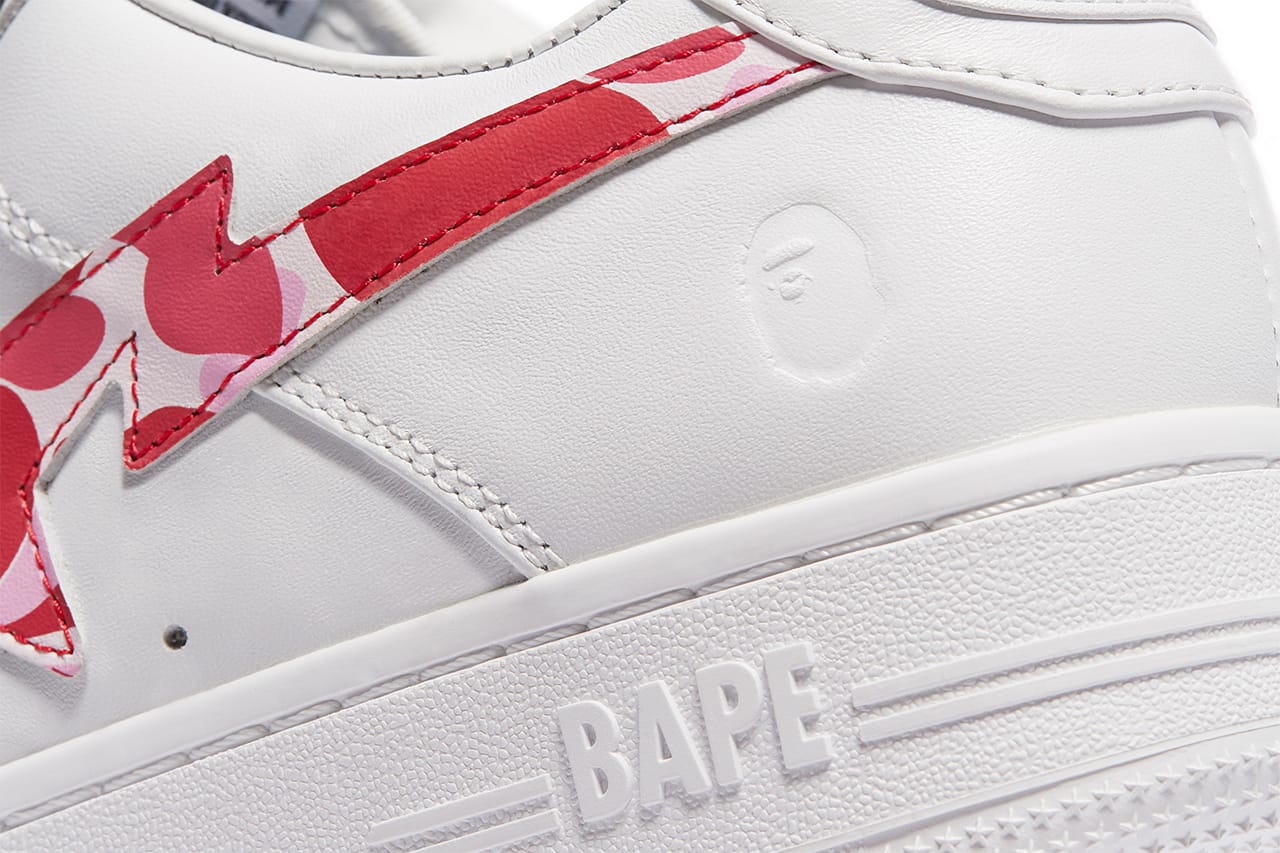 This release comes off the back of the grand opening of the latest BAPE STORE® in the heart of London, seven years since closing its original location. As the largest BAPE STORE® to date, the retail space boasts 8,000 sq. ft. over four stories and personifies the brand’s 28-year history through its iconography, eye-catching displays and sleek interior designs.

The exterior incorporates life-size Teriyaki Boyz figures behind tempered glass, 1st CAMO print on its windows and the illustrious APE HEAD adorned in the Union Jack flag. Whilst inside, each level adopts a different design approach — the basement level mimics the youthfulness of the children’s line, ground and first has a modern take on the brand’s aesthetic whilst the second-floor adopts the BAPE® BLACK style using marble floors, signature monogram print, a black and grey color palette with gold accents. As well as U.K. only limited-edition items, the store also houses all of BAPE’s subsidiaries from BAPY® to Mr. BATHING APE®︎.

Retailing for $299 USD, all three colorways of the latest BAPESTA will be launched on April 24 via the brand’s website and the following BAPE STORE® locations: