Having first arrived on the Malibu scene in 1959, Barbara Millicent Roberts – or Barbie, as you may better know her – has since been the center of many debates surrounding societal ideals. Every inch of her plastic makeup has been scrutinized, but now, a new book is looking beyond the world’s most famous doll herself and taking a deep dive into her surroundings.

“Barbie Dreamhouse: An Architectural Survey” takes an all-encompassing view of the sometimes fantastical, sometimes surprisingly normal homes released by Mattel each year since 1962. Inside, six Dreamhouses are presented, alongside the corresponding collections of furniture, in a bid to draw parallels between the culture of the times and how it influenced the design of the spaces and objects. Commissioned by Mattel on the occasion of the Dreamhouse’s 60th anniversary, the 151-page publication is the brainchild of PIN-UP Magazine’s team: graphic designer Ben Ganz, and editors Felix Burrichter and Whitney Mallett. “Both Felix and I grew up with Barbies,” Mallett says. “They got Felix into interior design, and got me into storytelling – so playing with them was very impactful for both of us”. When it came to pitching an idea to Mattel – the pair’s background in architectural publishing offered up a unique perspective that was yet to be applied to the doll’s famous abode.

“So much ink has been spilled into writing about Barbie, but almost nothing has been written about the spaces in which she exists or the things around her,” Burrichter says. “But I think all the things she’s surrounded herself with are always a direct reflection of the things that people will want and inspire to add each in each era”.

“Barbie has been Instagram-ready since the beginning”

The book takes a look at six houses from the years 1962, 1974, 1979, 1990, 2000, and 2021. Aside from the words of Mallett and Burrichter, contributions are penned by Kim Culmone, Mattel’s Vice President of Barbie Design, and architectural historian Beatriz Colomina. Culmone, who has worked at the company for over 23 years and witnessed some of its most seismic shifts, delves into the creative process behind crafting a Dreamhouse, while Colomina – a renowned professor at ​​Princeton University – has explored the correlation between the Dreamhouse and the wider landscape of Mid-Century modern architecture, notions of play, homeownership, and the similarities between its first iteration and the Playboy penthouse apartment. “The bachelor pad that Barbie’s 1962 Dreamhouse immediately reminded me of is the Playboy Penthouse Apartment from 1956,” she writes. “It’s a performance of domestic life for a public audience. In that way, Barbie has been Instagram-ready since [then].”

Culmone’s contribution comes in the form of an interview with the book’s editors. The designer, who made her first steps into the industry through a textile design degree, took a job at Mattell back in 1998 – spending ten years working in the doll design department. Her favorite Dreamhouse is the A-frame model of 1979 – “the original before it became pink in the 80s,” she says. “I was obsessed as a kid and I think it still influences my personal taste today.” 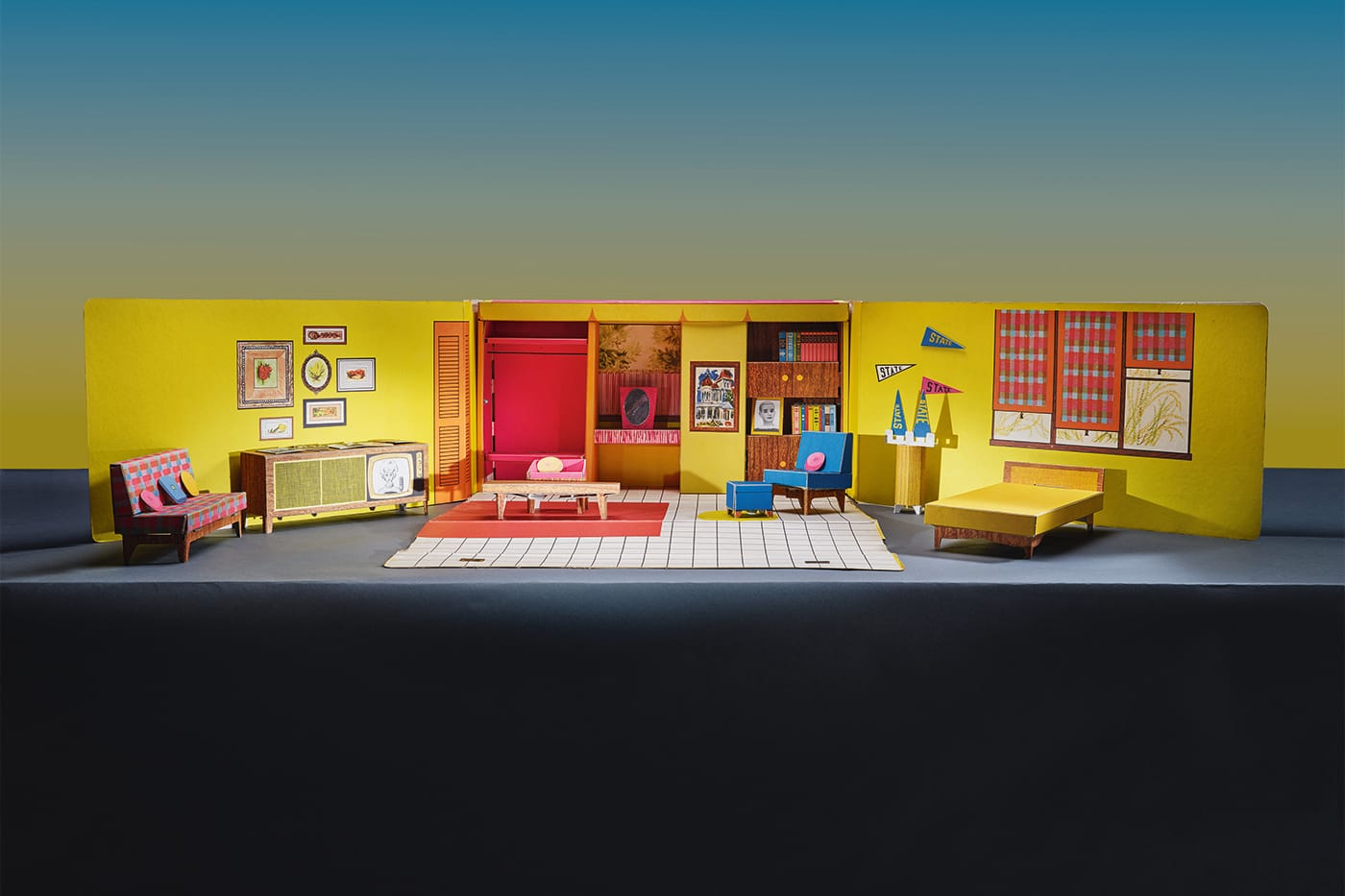 Throughout different points in the book, the cultural context in which the Dreamhouse is introduced to the market is a key talking point. Barbie herself came on the scene in the late 50s, and by 1962, had moved into her very own single-person residence – a time at which in the US, women couldn’t even have their own bank account. “Barbie’s first Dreamhouse was a statement of independence. Foldable, portable, and made entirely of cardboard, here was a vision of a bachelorette pad for a liberated single woman — with plenty of books on the shelves, varsity pennants adorning the walls (evidence of a college education), and no kitchen,” Mallett and Burrichter write. Inside, the furniture was a perfect reflection of Modernist styles popular at the time, coming from the likes of Charles and Ray Eames, Herman Miller, and Florence Knoll.

Then, in the 1970s, Barbie seems to set her sights higher –a few stories to be exact – swapping her “modest ranch house” for a three-and-a-half-foot-tall townhouse. Complete with six rooms, the color scheme was textbook of its time – pink, orange, and green plastics that Mallett and Burrichter describe as harking back to the singles bars or the time. By the late 70s, her style moved on significantly again, and the A-frame home, which was becoming a popular style for homes across middle-class America, informed its new shape. “The shape of Barbie’s sophisticated late-70s playhouse also feels emblematic of a moment when pioneering Post-Modernists like Robert Venturi and Denise Scott Brown were experimenting with wild visual riffs on vernacular housing typologies, transforming the forms of the past into a vision for the future,” said Mallett and Burrichter. 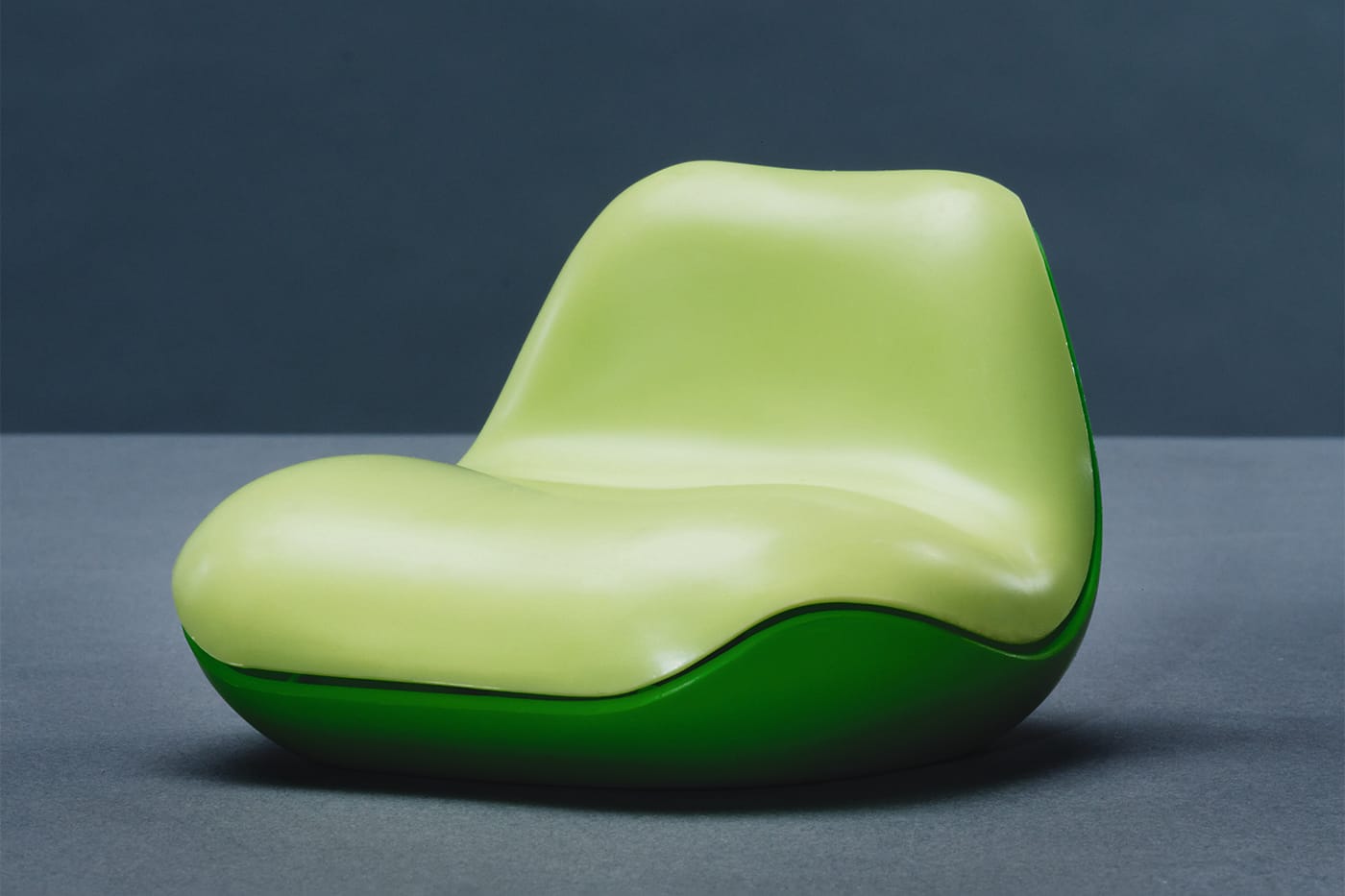 Furniture From The Barbie Dreamhouse, 1979

The real gem of the 1979 Dreamhouse, though, is the furniture. Individual pieces shot for the book are made to look large enough for actual human use, and the shapes and colors are akin to a piece plucked straight from the Instagram page of a retro furniture enthusiast.Space-age-looking forms juxtaposed with the distinctly suburban surroundings, their bright colors clashing with the modest color palette. “Even Barbie’s furniture put an emphasis on flow and fun, the slouchy sofa and chair in tune with the era-defining Togo sofa by Michel Ducaroy,” add the editors.

“With so much attention paid the experience economy, no wonder the Dreamhouse remains the envy of the toy aisle”

Quotes from designers, architects, journalists, critics, educators, and curators alike pepper the back pages of the book – many of them describing their first encounters with Barbie and her magnificent, plastic home. One, architect and educator Oana Stănescu, has a memory of the 1990s Dreamhouse – which was, in her words “big and pink”.

“A dream house is overwhelming as an idea,” she tells the editors. “That became clear in my first encounter with Barbie’s home, in the summer of 1990 when, with newly opened borders, we took our first trip abroad from Romania, my sibling and I let loose in a toy store for the first time, allowed to pick one thing. After some debilitating hours, the Barbie Dreamhouse was the winner. I remember that it was big and pink, and I was viscerally short-circuiting from experience.” 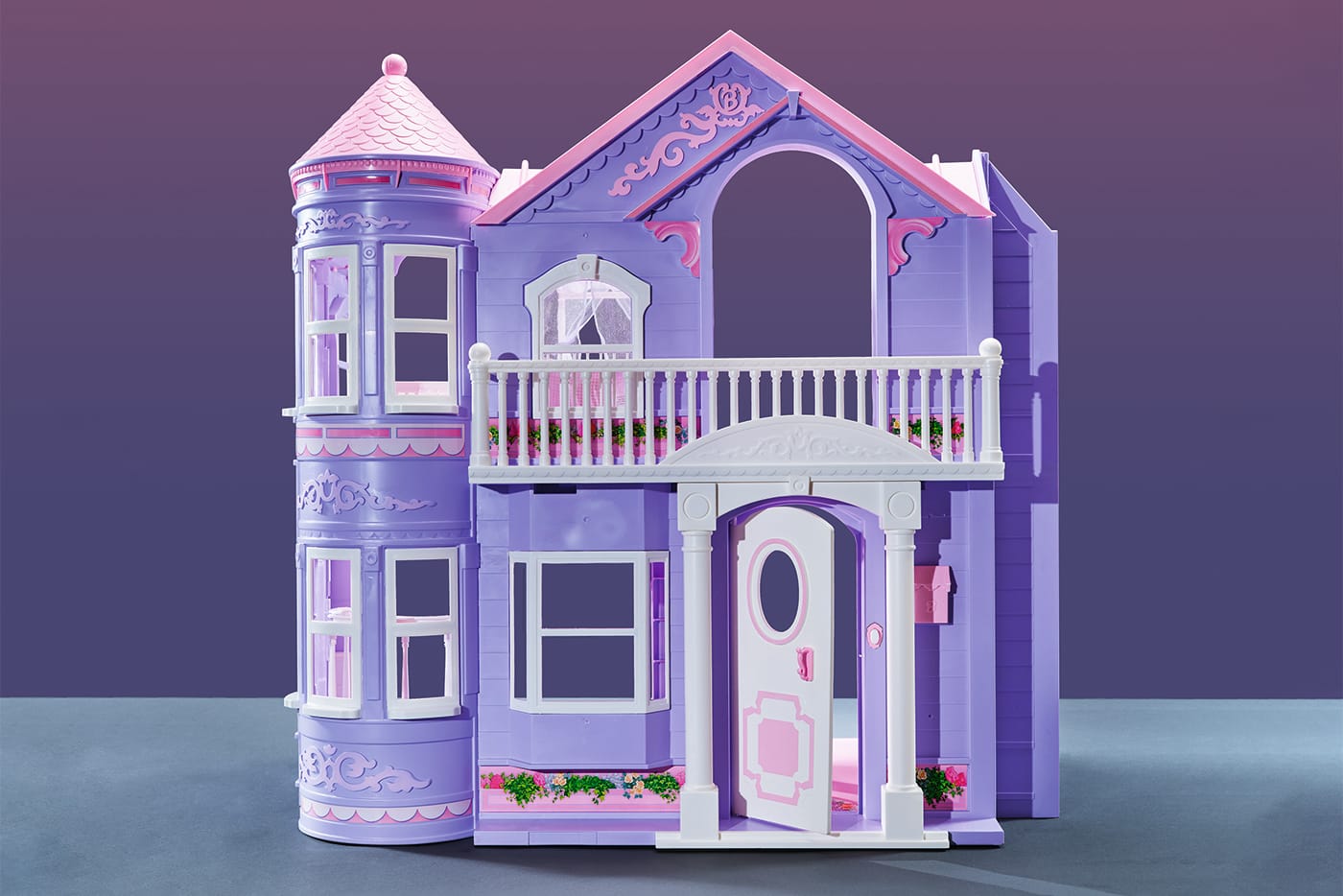 The book closes with houses from 2000 and 2021, which couldn’t be further from one another in terms of style and inspiration. Considering the former was released at the turn of the century, it was overtly “Neo-Medieval” in its appearance, complete with turrets and old-world details. In 2021, the editors observed that the transformative period Barbie had gone through – in terms of becoming more diverse and inclusive – was reflected in her surroundings. The house was less prescriptive in a bid to encourage imaginative play, but details influenced by social media trends had also been taken on board.

“With so much attention paid to fun, action, and the experience economy, no wonder the Dreamhouse remains the envy of the toy aisle,” Mallett and Burrichter conclude. “Barbie’s fun yet practical, beachy-bohemian update captures the spirit of the times while continuing the legacy of playful modernity which has defined the Dreamhouse since 1962, proving that after 60 years an interior landscape of possibility can forever be made anew.”