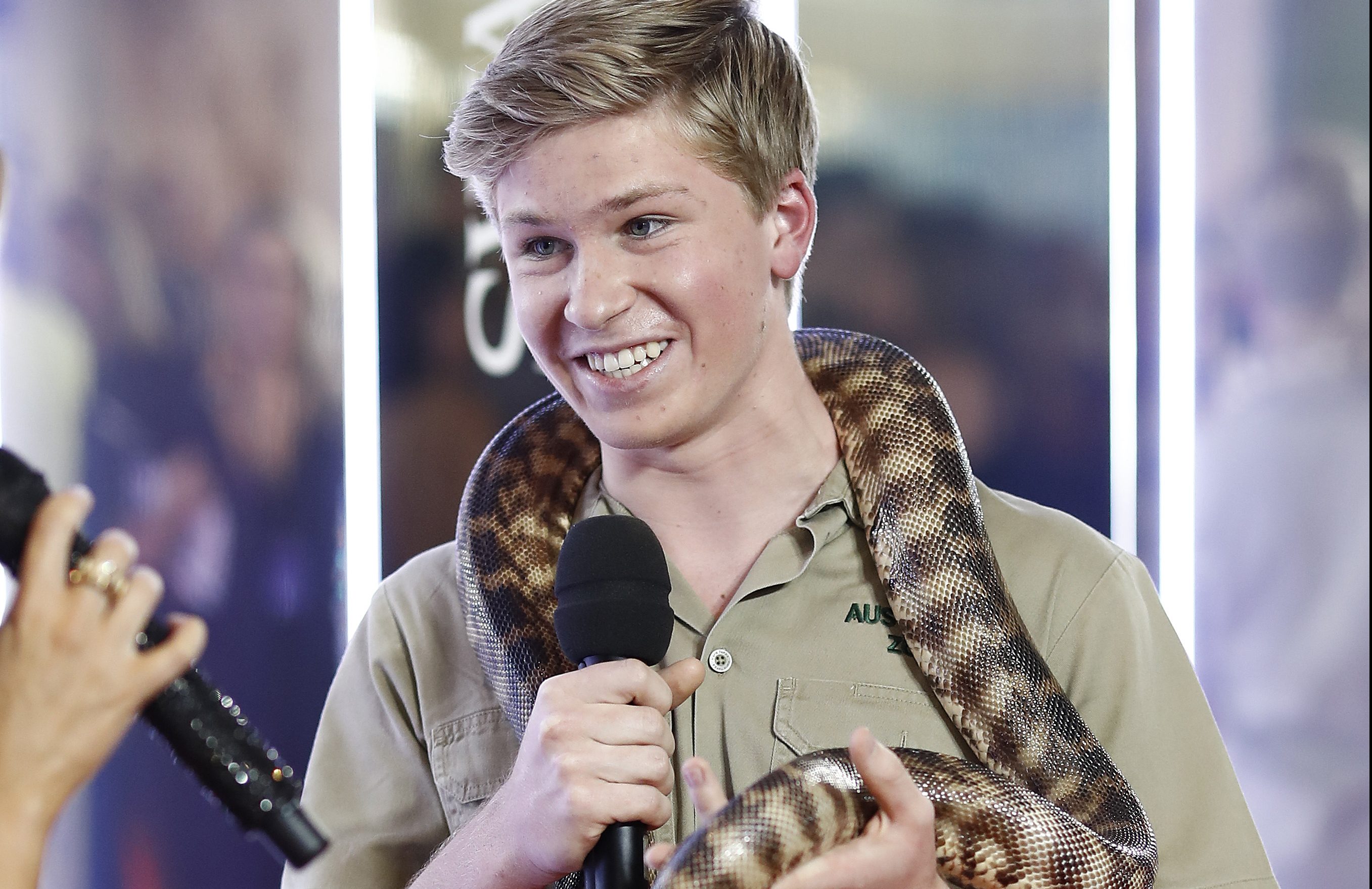 Robert Irwin, 18, seemed loved up and happy after he was spotted with Heath Ledger’s niece Scarlett Buckley, 18, on a romantic beach day out in Queensland, Australia.

The budding new couple looked comfortable with each other as they enjoyed a sunset stroll around the beachside area.

Beaming from ear to ear they kept it casual, both in hiking boots and shorts underneath jackets as they wrapped up for the evening time cooler weather.

Pictures of the famous offspring appeared in New Idea magazine and suggested the son of the Crocodile Hunter Steve Irwin had found himself a new love interest that could be serious.

The pair of teenagers grabbed burgers from a local restaurant and made their way toward a patch of grass to indulge in a beachside picnic.

Getting closer, the young Irwin then threw his arms around the late acting legend’s niece and gave her a big bear hug.

Neither party has spoken out on their relationship status but fans noticed the nature protege had been following the blonde’s private Instagram account for some time before their public display was caught on camera.

Scarlett, who is usually based in Perth and has an identical twin sister, is the daughter of Ledger’s entrepreneur sister Kate and fellow store owner Nathan Buckley.

The lovers have a lot in common having both grown up somewhat in the public eye and each suffering the loss of a family member at a young age.

Starring in The Dark Knight as the Joker, Ledger was found dead in January 2008 following an accidental prescription drug overdose.

Kate, Scarlett’s mother and sister to the Hollywood actor vowed to keep his legacy alive and opened a scholarship fund for budding young actors in his name.

She told of her brother to Who magazine: ‘Heath is hugely important in the lives of my children.

‘There’s not a day that goes by that we don’t share stories or talk about him. He is very much alive in our house.’

Not unlike his rumoured new flame, Robert dealt with the loss of his father, Irwin, in 2006 after he died aged 44 after being pierced in the chest by a stingray.