Brotherly love! The Jonas Brothers took the stage at the 2021 Billboard Music Awards for a performance of their most iconic songs on Sunday, May 23, live from the Microsoft Theater in Los Angeles.

See What the Stars Wore to the Billboard Music Awards

The group began with their new song, “Leave Before You Love Me” featuring Marshmello, which was released on Friday, May 21. They then segued into a medley of hits including “Sucker,” “Only Human” and “What a Man Gotta Do.” 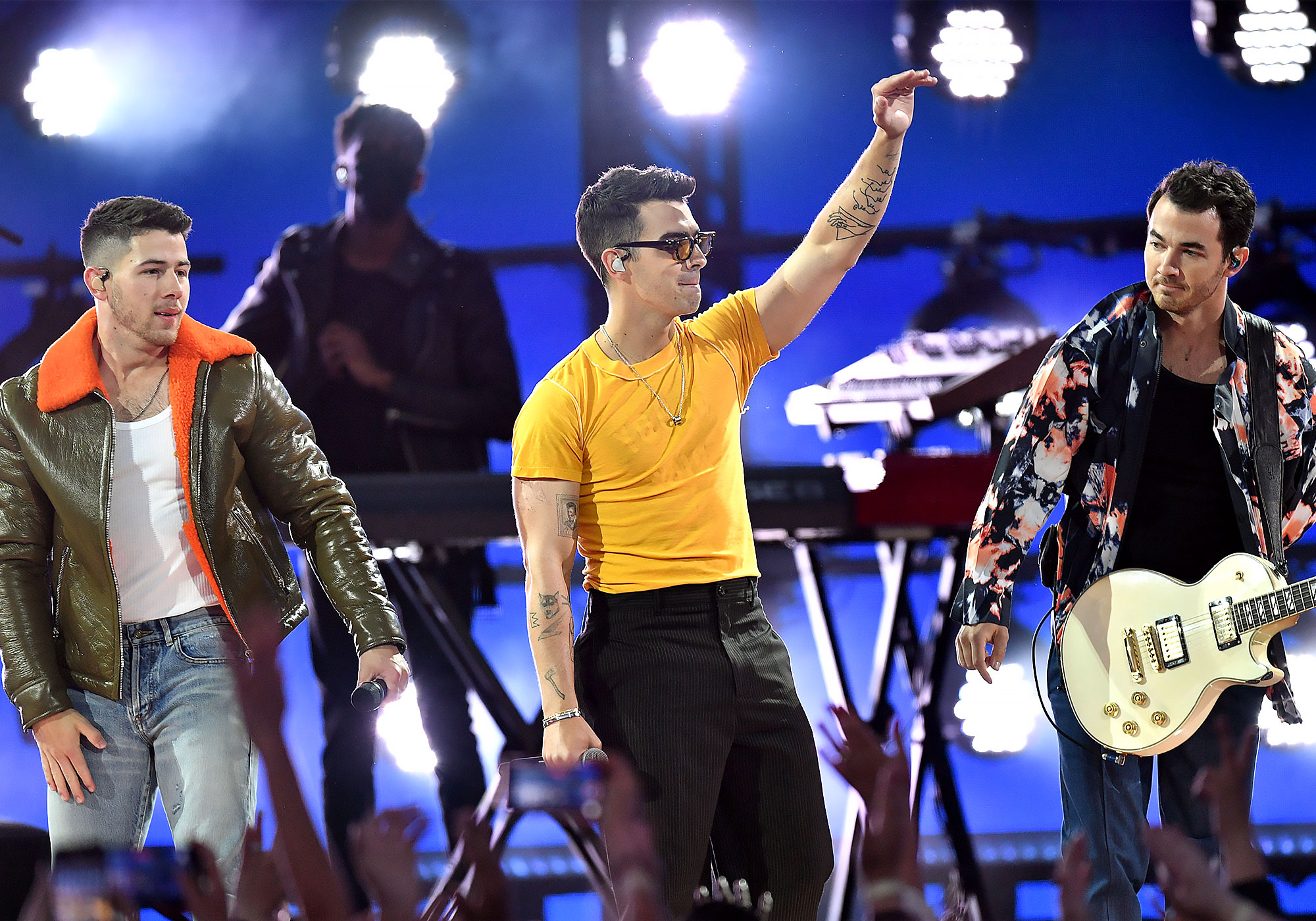 The band also previewed “Remember This,” a new track that will be featured during NBC’s broadcast of the Olympics later this year.

One of the featured songs, “Remember This,” is a new track that will be featured during NBC’s broadcast of the Olympics later this year. They also performed their new song, “Leave Before You Love Me” featuring Marshmello, that was released on Friday, May 21.

Nick Jonas, 28, took a break from his hosting duties at the ceremony to perform with his older brothers, Kevin Jonas, 33, and Joe Jonas, 31. Though they weren’t nominated for any awards at this year’s show, the trio are veterans of the BBMAs, having performed in 2019 and taking home three trophies in 2020 for Top Duo/Group, Top Radio Songs Artist and Top Radio Song for “Sucker.” 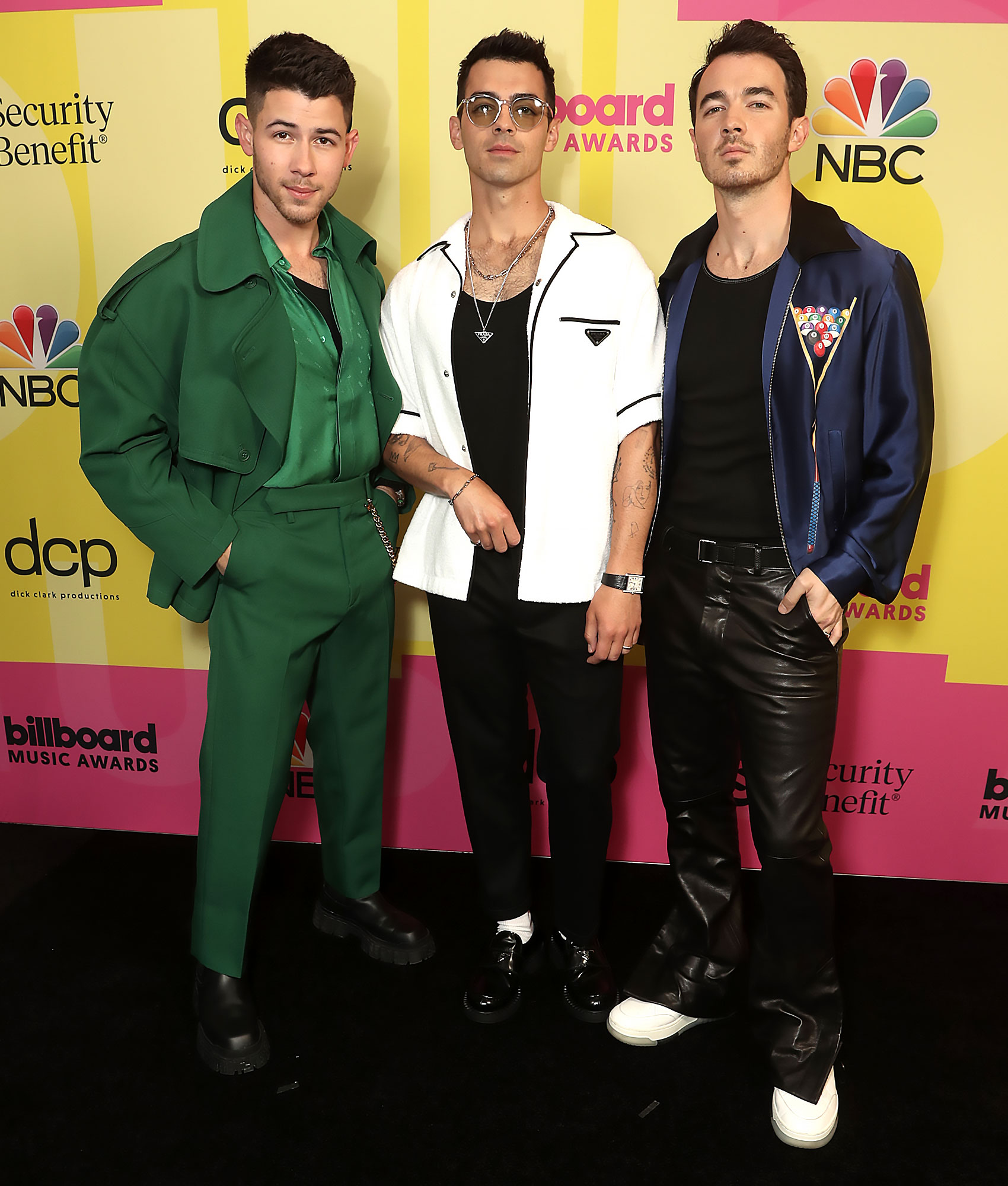 Last week, the band announced a summer tour with country artist Kelsea Ballerini. The tour kicks off August 20 in Las Vegas and will hit outdoor arenas in cities including Cincinnati, Nashville and Atlanta before wrapping up in Los Angeles on October 27.

Taylor Swift and Joe Jonas’ Ups and Downs Through the Years

“We couldn’t be more excited to officially announce … WE ARE GOING ON TOUR THIS SUMMER and we’re bringing our friend @KelseaBallerini,” the group wrote via Twitter on Wednesday, May 19. “Had to make sure we could see you guys as soon as we could!”

The Jonas Brothers’ last album, Happiness Begins, debuted in June 2019, so fans are already gearing up for the possibility that more new music is coming soon given the upcoming tour. During a red carpet interview at the BBMAs on Sunday, Joe teased that “lots of new songs” are imminent.

“I’m so excited to see everyone,” Kevin said in an Instagram video posted on Thursday, May 20. “I have missed you terribly. It has been a long time. Me, Joe, Nick, the whole crew — we’re ready to get out there and play some shows. Some new stuff, maybe some old stuff.”

1D! ‘NSync! Look Back at the 22 Biggest Boy Bands of All Time

Joe shared his brother’s excitement about the new tour and posted his own Instagram video the same day. “I am so excited that we’re going back on the road,” the DNCE member said. “And I cannot wait to celebrate with all of you — to be outdoors, play some music, have some fun. I would love to hear what songs you want to hear!”

Jonas Brothers fans, you heard the man! Get your requests in now.