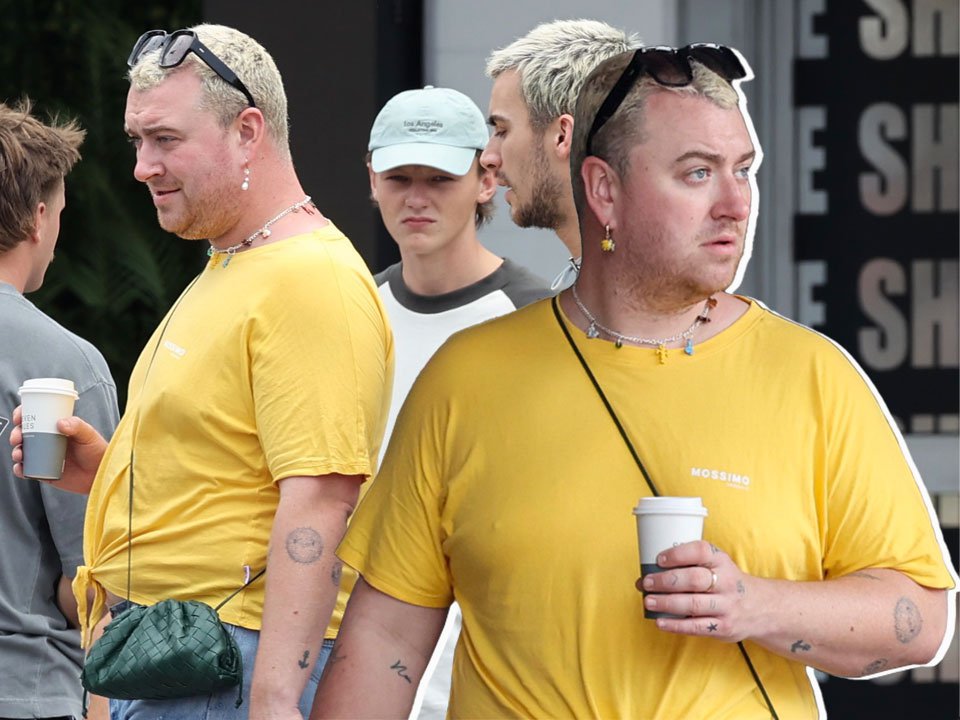 Sam Smith rocked a pair of tiny denim shorts while in Australia, and this is definitely a vibe we can get on board with to ring in the New Year.

The singer took time out of their busy schedule for a stroll down Sydney’s Oxford Street, a beloved spot known for its LGBTQ+ clubs and bars.

Sam, who recently revealed they have more than 35 tattoos on their body and is somewhat addicted to ink, showed off some of their designs thanks to the summery outfit.

Teaming the denim shorts with a yellow T-shirt tied up at the waist, the British singer-songwriter’s ice cream ink on their lower leg could be seen, which they’ve previously confessed to not knowing ‘why it’s there’, as well as another figure on their upper thigh.

The music star’s arms are visibly covered in tatts, too, and it’s no wonder after their recent admission about all things skin art.

Speaking to Roman Kemp at the Jingle Bell Ball earlier this month, Sam explained: ‘I’ve been going onto the torso… It was intense, but it was good. We were listening to loads of pop music and it was fun and we had a good time.’

‘I was just eating Cheetos, just getting into the mood,’ Sam said of a recent inking session.

After Roman asked what they had tattooed on their body now, Sam replied: ‘It says “romance” on my belly. And then my anchor on my chest. I’m addicted now. I’m like 35-plus tattoos.’

Last year, Sam appeared to get a tattoo that reflected their gender identity after coming out as non-binary in 2019 and explaining that they were changing their pronouns to they/them after ‘a lifetime of being at war with my gender’.

The pop icon, who is gearing up to release fourth album Gloria at the end of January, was joined by a pal for the stroll through sunny Sydney, a much warmer NYE option than drizzly London where Sam lives.

Sam was clearly feeling in a reflective mood and bursting with positivity as they shared a heartwarming message for fans from Australia on New Year’s Eve.

In a video on Instagram under an enviable blue sky, Sam said: ‘Happy new year everyone, and I can’t wait for next year and I just wanna say thank you to you all from the bottom of my heart for all the love you’ve given this music this year, and I’ve never felt so free and so excited about the future and about what I do, the art that I make and it’s all because of you.

They joked in the caption that they were sending the message ‘before the madness’.

Sam may have been Down Under for some time, as they also shared a very idyllic snap over Christmas of themself frolicking in the sea in leopard print bikini bottoms.

The gorgeous festive update came after the Stay With Me hitmaker opened up about learning to be more confident in their skin.

Speaking to British GQ, they said: ‘Over the last few years, as I’ve become confident in my skin, I’ve got loads of wonderful romantic attention.

‘It’s been incredible. I’m so open to it. And I know what I want, and I know who I am and I’m excited for that.’

Sam has enjoyed a brilliant year thanks to the success of hit Unholy, a chart-topper with Kim Petras.

The song found fame on TikTok before hitting the highs of commercial success and topping the charts in the US as well as the UK.