With David Geffen Hall under construction, the orchestra will spend most of 2021-22 at two other Lincoln Center venues. 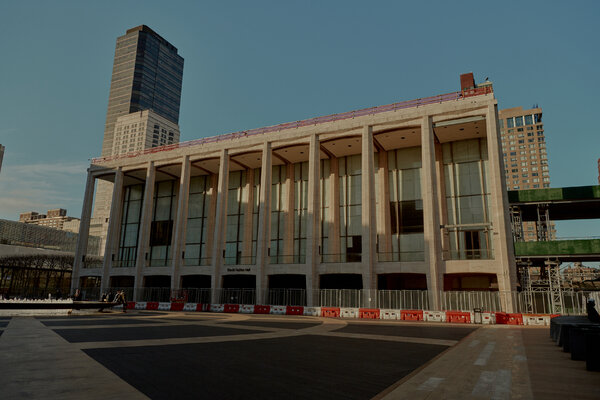 For any major music ensemble, planning a season of concerts as a pandemic stretches on is daunting. For the New York Philharmonic, there is an added challenge: The orchestra’s home, David Geffen Hall at Lincoln Center, is in the midst of a $550 million renovation.

That will leave the orchestra roving for the next year as it tries to recover from the pandemic, which resulted in the cancellation of its 2020-21 season and the loss of more than $21 million in ticket revenue, forcing painful budget cuts.

But the Philharmonic won’t travel too far. On Tuesday, it announced its 2021-22 season: a slate of about 80 concerts, compared to 120 in a normal year, spent mostly at two other Lincoln Center venues, Alice Tully Hall and the Rose Theater, with four forays to Carnegie Hall and a holiday run of “Messiah” at Riverside Church.

“People are starved for live entertainment,” Deborah Borda, the Philharmonic’s president and chief executive, said in an interview. “There may be some slight hesitancy at the beginning, but I think people are going to come flocking back.”

The season opens Sept. 17 with the pianist Daniil Trifonov playing Beethoven’s Piano Concerto No. 4 at Tully. Other prominent artists on the schedule include the pianists Yuja Wang and Leif Ove Andsnes; the violinists Hilary Hahn and Joshua Bell; the saxophonist Branford Marsalis, who will play a concerto by John Adams; and the conductor Gustavo Dudamel, who will lead Schumann’s four symphonies and two world premieres over two weeks in March. The Philharmonic’s principal clarinetist, Anthony McGill, will be featured in Anthony Davis’s “You Have the Right to Remain Silent.”