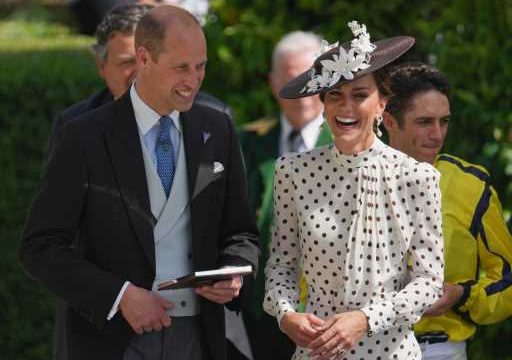 How is it possible that one family cottage is the source of so much discussion in the royal family? It’s being reported that Prince William and Kate Middleton are packing up their city life in London for a more sedate (and downsized) life in Windsor at Adelaide Cottage. That seems like a simple task, but it appears that several other royals had their designs on the home.

The Sun decided to go and dig up a 2018 article written by the Daily Mail that speculated that Meghan Markle and Prince Harry were set to move into Adelaide Cottage. A source told the U.K. publication that Queen Elizabeth II was giving them the property as “a gift.” At the time, the insider added, “the couple had been for a viewing, liked it, and will move in soon.” Well, we all know that didn’t happen and the Sussexes decided to call Frogmore Cottage home, where their renovation expenses on the home caused a furor (but remember, they paid it all back).

Adelaide Cottage’s move-in ready condition was reportedly top of mind for William and Kate, who “didn’t want anything too showy or anything that needed renovating or extra security so as not to be a burden on the taxpayer,” a source told The Sun. The Cambridges weren’t the only ones battling for Adelaide Cottage, though. It seems that Prince Andrew had long eyed the property for his daughter Princess Eugenie and her family. Eugenie and husband Jack Brooksbank reportedly had the home listed as their “first choice” after they moved out of the Sussexes’ Frogmore Cottage. In all of this housing drama, it appears that Andrew’s lingering Jeffery Epstein woes caused his favorite-child position next to the Queen to slip, and he lost all of his negotiating power, according to a royal insider. “Before Andrew’s most recent scandal it was definitely a property he was [also] trying to secure for his daughter,” they said to Daily Mail.

Naturally, if William and Kate wanted the property, they would certainly get it over Eugenie, given their line to the throne. But one four-bedroom cottage certainly is swirling with a lot of drama, making it the most unlikely headline for the royal family this summer.

Before you go, click here to see more photos of Prince William & Kate Middleton through the years.