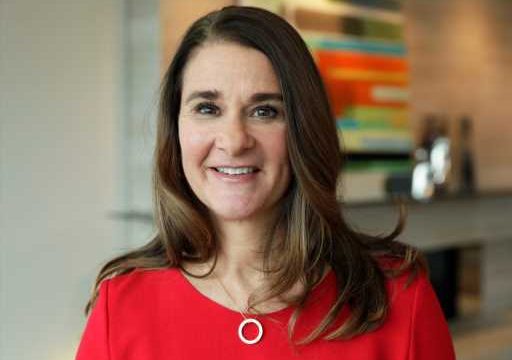 There had been rumors that one of the reasons Bill and Melinda Gates split was due to his friendship with convicted pedophile Jeffrey Epstein. In addition to talking about her husband’s affair, Melinda confirmed that Epstein’s presence in their business had a negative impact on their marriage.

“As I said, it was not one thing, it was many things,” she said in her CBS Mornings interview with Gayle King. “But I did not like that he’d had meetings with Jeffrey Epstein, no.” While she made her opinion clear to her husband, she also admitted that she met with him once. “I wanted to see who this man was, and I regretted it from the second I stepped in the door,” she said. Calling him “abhorrent” and “evil personified,” Melinda revealed that she “had nightmares about it afterwards” and that her “heart breaks for these young women.”

King asked if Bill continued to meet with Epstein after she made her thoughts known about his “awful” friend. That’s when Melinda craftily put the ball in Bill’s court adding, “Any of the questions remaining about what Bill’s relationship there was — those are for Bill to answer, but I made it very clear how I felt about him.” The Microsoft founder has continued to downplay his friendship with the late financier and released a statement on Thursday to the Wall Street Journal, via his spokesperson. “Meeting with Epstein was a mistake that I regret deeply. It was a substantial error in judgment,” the statement reads.

The couple, who finalized their divorce in August 2021, currently has “a working relationship” as co-chairs of the Bill & Melinda Gates Foundation, which she said was “friendly.” It’s clear that the divorce was complicated and wasn’t a sudden decision, but she left a few unanswered questions that only Bill can respond to.

Before you go, click here to see all the celebrities who have admitted to cheating on their partners.