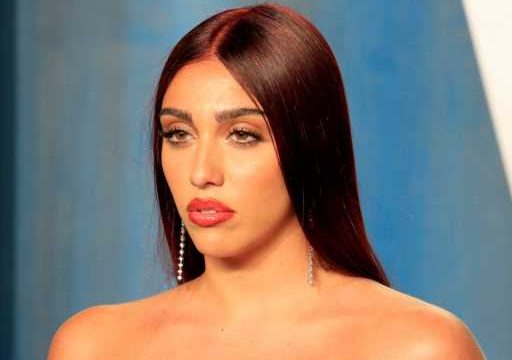 It looks like Madonna’s daughter Lourdes Leon took a page straight out of her mom’s 1990 Blonde Ambition Tour in a new fashion campaign for Mugler. There are so many similarities between the mother and daughter, right down to their dancing talents.

Leon wears a revealing nude bodysuit with cutouts on the front and sides, showing off her athletic figure. Her hair is sleek and straight as she dances on top of a car in a very sexy way. The 25-year-old model sounded thrilled about the work opportunity when she thanked the fashion house, saying that it was a “fab & crazy journey againnnnnn.” The racy promo and line are about “taking illusion to the next level,” according to Mugler’s creative director Casey Cadwallader in an interview with The Cut. “We were trying to make the clothes as small and as bare as possible and try to take it to the max. Trying to work with placing shapes on the body that looked like they were held there without gravity.” From the looks of the video, they definitely achieved their goals.

What makes Leon’s video such a throwback is that Madonna wore something similar during her Truth or Dare era. The pointy cones of her mom’s Jean Paul Gaultier bodysuit are still an iconic fashion statement — and it’s a reminder of how cyclical styles can be. Here we are 32 years later, watching the Material Girl’s daughter make waves in the modeling world. If anyone is wondering how similar Leon is to her mom when it comes to her personality, it sounds like Madonna has met her match.

“Lourdes has an enormous sense of self — she is spiky and tough,” a New York Post source described Madonna’s oldest child. “Her attitude is defiant, all day, every day.” Just like her mom, she also “loves to shock and provoke” and is looking to “break boundaries like her mom did.” We are guessing Leon hasn’t even begun to cross off her career goals because if she’s like Madonna, there are a lot of milestones ahead.