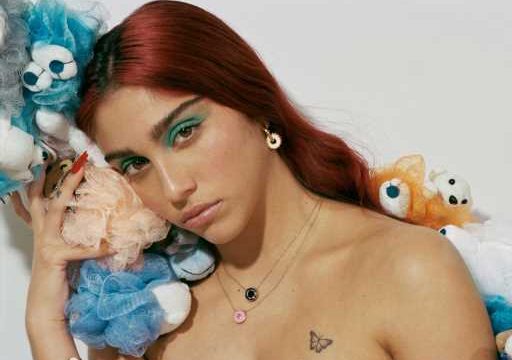 Lourdes Leon has already proven that she is paving her own path. The 25-year-old dancer, choreographer, and model has landed some pretty major campaigns including Swarovski, collaborations with Stella McCartney, Rihanna’s Savage X Fenty and so much more. Each step of the way, Lourdes has completely set herself apart from her famous mom, and in her sexy new Paper Magazine photos and profile, the young talent reminds us that she is very different from Madonna — no matter what critics might say about her.

In the photo spread, which you can see HERE and in Paper Magazine, Lourdes sported a series of different bikini tops, tight-fitting dresses, and even colored contacts and wigs. But with each photo, Lourdes showed (as if we needed further proof) that she knows how to work the camera. Though each look was different from the last, the one consistency in every snapshot was the model’s confidence and poise. Honestly, she owned this photoshoot. But it was her interview that revealed so much more.

“I have a base layer of hatred because so many people like to hate on my mom, so it’s obviously like I’m the spawn, I’m the oldest daughter, I’m going to see the tail end of that hate,” Lourdes said in her interview with Paper. “So anything I do negative, it’s ‘Like mother, like daughter.’ Y’all are so unoriginal.” While Lourdes clearly comprehends the pressure she faces as the daughter of one of pop culture’s most distinguished icons, her approach to her craft, and specifically her style and sexuality, is all her own.

“For me, my values are that you can be as least or as most sexual as you want,” she explained to the outlet. “I will never judge a person for that. I think that’s something people are really still not catching the drift of with sexual autonomy. I don’t judge other women in that way, so I don’t apply those rules to myself,” she continued.

And though Lourdes is different in many ways from her mom, she’s definitely learned a lot from observing how Madonna and her contemporaries were treated in the spotlight. “As soon as you use what has been weaponized against you, especially growing up in the media as a woman, people put all these pressures on you. Be hot, but not too hot. Be the virgin and the whore at the same time. People really place a lot of value in women on how they look and how sexual they are. So the second you reclaim that sexuality as something that is your own, people are f**king mad.”

If it wasn’t clear before, Lourdes Leon is making it clear now that she has a wise-beyond-her-years take on fame and social conventions — and she won’t be playing by anybody’s rules but her own. Watching her career flourish has been a treat for fans, and Lourdes is only getting started.

Before you go, click here to see the best photos of Madonna and Lourdes Leon over the years. 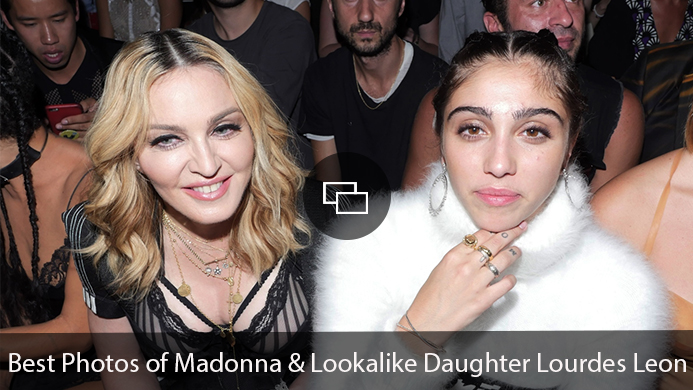