The Northern Irish actress Laura Donnelly doesn’t love the “strong female character” label. “I always exchange the word ‘strong’ for ‘complex’ because that’s what we’re looking for,” she said on a video call in late March. “We’re after complexity. We’re after fully rounded, well-drawn characters to get our teeth into.”

This may explain why Donnelly recently made an overdue visit to the dentist. An actress of ferocity, precision and jet-black wit, Donnelly played a stern Highland lady on “Outlander” and earned a Tony nomination as a volatile widow in “The Ferryman,” a role written for her by her partner, the playwright Jez Butterworth. In “The Nevers,” which debuts on HBO on April 11, she plays a Amalia True, the leader of a band of Victorian women who manifest unusual abilities. “I wouldn’t quite say superpowers,” Donnelly said. “They’re not all useful.”

Amalia, gifted with foresight, has a shadowy past, a legendary right hook and a habit of ditching her walking dresses mid-brawl, because a long skirt can really spoil a roundhouse kick. “You throw yourself at danger like you think it’s going to propose,” a colleague tells her.

Donnelly lives more quietly, though she did quit drinking early in the pandemic, which must qualify as an unusual ability. Production on “The Nevers” won’t resume for a few months, so she is currently locked down in London — in the home that she and Butterworth share with their two daughters, 3 and 4 — mothering, batch cooking, trying to get a decent night’s sleep with the help of some meditation apps.

Just before she left to receive her first Covid-19 vaccine dose, she detailed a cultural regimen that includes cartoons, poetry and Prince. These are edited excerpts from the conversation.

In the morning, I worked out with my stunt trainer. We have “Beyoncé Wednesdays.” It’s the middle-of-the-week slump, and I definitely need energy. We usually put on “Homecoming: The Live Album.” Before I started my training, I watched that documentary and I was like, OK, if Beyoncé can be Beyoncé at Coachella then I can definitely do six weeks stunt training.

In the afternoon, I cooked a shepherd’s pie. I figured lamb was almost seasonal. I listened to Judi Dench’s “Desert Island Discs,” the greatest radio show ever. Someone comes on, and they have to choose a certain number of songs that if they would listen to if they were stuck on a desert island. They’re also allowed to choose one book and a luxury item. The most fascinating episodes are always the politicians, because they try to pretend that they are real people with souls and things.

Judi Dench, hers is hilarious, she has such trouble trying to bring it down to eight songs, and I feel her pain completely. I always thought that if I was on it, I’d be very tempted to go for a very literal take on being on a desert island — Caribbean stuff. My luxury item would have to be hand cream. I can’t tolerate being anywhere with dry hands.

I had a bath, and then I listened to a mediation app for sleep. Meditation was one of those things I’ve kind of done in bits over the years. I’m still not very good at doing it regularly. I should be practicing it more than I do. But most nights I will do a sleep one, usually on Buddhify or Insight Timer. Normally once I closed my eyes, it would take about an hour for my brain to wind down. But with those I am always without fail asleep before the end of the meditation and. I genuinely do find that my quality of sleep is totally different, it’s much deeper and much more peaceful.

Before a day of press, my hair and makeup team came. We listened to Neil Young, Joni Mitchell and Van Morrison, mostly for calmness and comfort. I use music for everything. I use it to energize, I use it to relax, I use that to enhance a feeling or change up a bad feeling. It’s the single most important art form in my life.

Just before the junket began, I listened to Prince’s “When Doves Cry” and then “I Want You” by Marvin Gaye to put me slightly more in a socializing mood. For a junket like that, it’s six minutes with any journalist and, most of the time, similar questions over and over again. I want to be genuine, I want to engage as best I can. But I’m not a hugely sociable person. I wouldn’t naturally drift towards parties and events. I was pretty comfortable with the level of social interaction I was getting in lockdown.

Afterward, I listened to an audiobook, “Conflict Is Not Abuse,” by Sarah Schulman. It has to do with mutual accountability in a culture of underreaction to abuse and overreaction to conflict. Our current tendency to scapegoat people really results in a lack of accountability and a lack of self-examination. I find it particularly fascinating, just in regards to our cancel culture, because I’m trying to get my head around it. 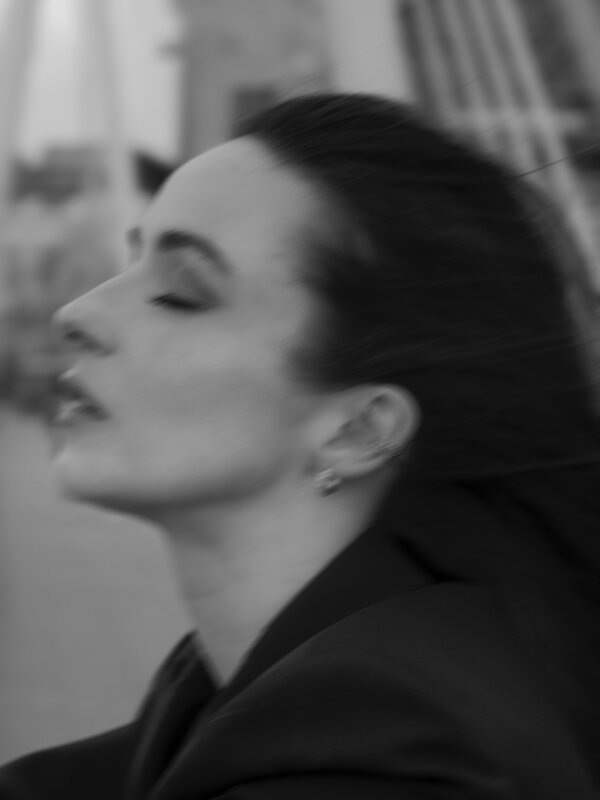 I was up at 7 a.m. with my kids. They didn’t have to go to school, and we had a nice lazy start to the day. We watched “Dora the Explorer.” I know a lot of “Dora the Explorer.” And all of her many songs. The vast majority of my cultural consumption at the moment is aimed at my children. Lots of Disney films, lots of Pixar, all that stuff.

I had another press junket day and got in very late. My mind was racing at the same time as I was physically exhausted. So I did a sleep meditation and went off to sleep.

I had a rare lie in, and I read a quick chapter of Charlie Chaplin’s autobiography. That man’s life was something else. I put less pressure on myself to fully consume something. Biographies I find good for that. I tend to have several books on the bedside, and I go in and out of whatever I feel like that day. Joan Didion always works. I don’t tend to read a lot of modern fiction. The only exception recently was “Shuggie Bain” by Douglas Stuart. It’s just the most beautiful, beautiful piece of fiction and so tenderly written.

With the girls, we listened to a playlist of The Faces and Bert Jansch. Ninety-eight percent of the music that I listen to is from the last century, mostly from before I was born. We made a pact that as much as we could, we’d introduce the girls to our music from the start. We just didn’t want to be listening to the Little Mermaid on a loop for four hours. So we decided really early that they weren’t going to know what kids’ music was.

At lunchtime, we watched “Harry Potter and the Sorcerer’s Stone.” They’re still too young to really move on to the next one. I had never watched them [the “Harry Potter” movies]. It’s genuinely a world I know so little about, so it we’ll be discovering it together.

In the evening, we watched “The Innocent Man” on Netflix. I will watch anything about either a true crime or a cult. I’ve watched “The Jinx” about six times. I’m just constantly looking for somebody else to watch “The Jinx” with. I love a documentary, my favorite one of late was Fran Lebowitz’s “Pretend It’s a City.” I don’t think I’m alone in wishing she and I were best friends. And “In and of Itself” on Hulu. Oh my goodness, I was thinking about it for weeks afterwards.

I had a long car ride by myself, precious time, despite going to get my mouth prised open by the dentist. I have been long avoiding the dentist. I listened to a friend of mine’s podcast. It’s called “Persistent and Nasty.” The women presenting it are actresses, and so they have very intelligent and bold and powerful conversations with other women in the arts.

The dentist was really amazing. He has cured me of my aversion. On the way home I listened to Catherine Gray’s “The Unexpected Joy of Being Sober.” Toward the start of lockdown, I decided to stop drinking alcohol. And that was just based around a desire to feel more present in my life. I like listening to books like this, and hers is particularly lovely, because it’s not a deep and dark dive into someone’s terrible addiction. It’s a celebration of everything that she has gained from not drinking.

In the afternoon, I dipped into “The Poetry Pharmacy” by William Sieghart. God, it’s a lovely book. It has a list of what do you want from a poem and then it gives you a poem. The condition I read on was failure to live in the moment. So I read “Golden Retrievals” by Mark Doty: “A Zen master’s bronzy gong, calls you here,/ entirely, now: bow-wow, bow-wow, bow-wow.”