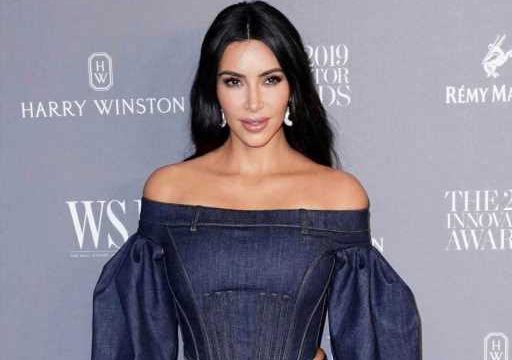 Just because Kanye West is changing his name to Ye, it doesn’t mean Kim Kardashian is dropping West from her legal name amid their divorce. And the SKIMS founder has four good reasons why she’s keeping the same last name as her former husband: North, Saint, Chicago and Psalm.

The children all share the last name of West, so Kim wants to do the same thing, according to TMZ. Their source says “it’s important for her to keep the same last name as her four children,” which definitely doesn’t fall in line with the rest of her sisters, who don’t share the same last name as their kids. Of course, Kim married Kanye while her sisters haven’t married any of the fathers of their children. (Although Scott Disick sure tried with Kourtney Kardashian over the years.)

And while some people will see her move as very traditional, it’s a sweet tribute to the family she created with her ex-husband. This also falls in line with how the couple has chosen to co-parent together. After being spotted as a family on a recent trip to San Francisco, a source told Page Six, “They are getting along great, and it was their public outing together as a family, reconfirming that they are in lockstep when it comes to co-parenting and putting their kids first.” Even though Kim is no longer married Kanye (OK, Ye), she’s still interested continuing an amicable relationship with her ex — it’s best for the kids to see their parents getting along despite their marital differences.

It sounds like Kim has bigger challenges on her plate than a name change, and it’s getting four children to bed at the right time. She recently admitted to Parents magazine that she’s relying on eight-year-old North to help her out with the little kids. “It’s rare that I get all of them down as planned,” she shared. “But now that North is older, she’s become my little sidekick and helps me with the younger ones. It’s actually so cute.”

Before you go, click here to see celebrity kids who are all grown up.