As Nat Bussichio, Mr. Tata doled out fatherly advice to the students who frequented his diner on the hit series, which ran for 10 seasons on Fox. 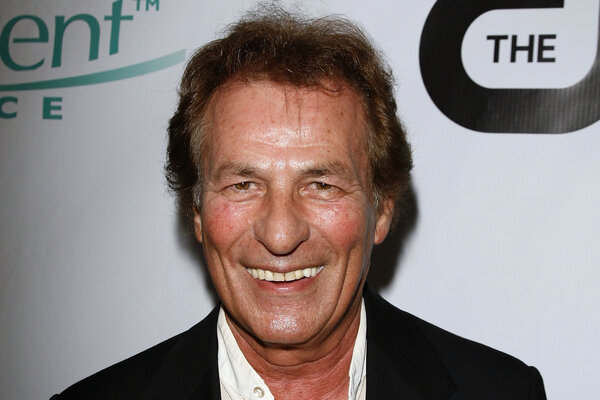 Joe E. Tata, a character actor whose roles in a long television career included henchmen on the original “Batman” series and bit parts on “The Rockford Files,” but who was best known as the good-natured owner of the Peach Pit diner on the hit 1990s teenage drama “Beverly Hills, 90210,” died on Thursday in Woodland Hills, Calif. He was 85.

His death, at a care facility, was confirmed by his lawyer, Richard W. Sharpe, who did not specify a cause.

Mr. Tata’s daughter Kelly Tata also shared the news of his death in a statement on a GoFundMe page that she had started to help cover the cost of his care. She said he had been diagnosed with Alzheimer’s disease in 2018.

From 1990 to 2000, Mr. Tata played Nat Bussichio, the friendly owner of the fictional Peach Pit, in 238 episodes of “Beverly Hills, 90210.” As Nat, he was a father figure and role model to the characters on the show, which followed a group of high school friends in the affluent 90210 ZIP code.

Although the show, which made its debut on the Fox network in 1990, got off to a sluggish start, it became a hit and a pop-culture phenomenon, known for intercutting romantic themes with serious issues, including racism and teenage pregnancy. The show’s popularity also made celebrities of its telegenic young cast, which included Jason Priestley, Shannen Doherty, Luke Perry, Jennie Garth, Ian Ziering, Brian Austin Green and Tori Spelling (whose father, Aaron Spelling, produced the show).

Joseph Evan Tata was born on Sept. 13, 1936, in the Bronx. His father was a vaudevillian, known as John Lucas, and sometimes also known as Rosey the Singing Barber.

Mr. Tata landed his first television role in 1960, on an episode of the detective series “Peter Gunn.” He went on to have a prolific career as a character actor, with bit parts on dozens of shows.

Science fiction was a specialty: He provided the voice of several robots on “Lost in Space” and played an alien on “The Outer Limits.” He also played several henchmen on the 1960s “Batman” series, which starred Adam West.

He was a familiar face on police and detective shows in the 1960s and ’70s, including “Police Story” and “The Rockford Files,” and appeared on three episodes of “Mission: Impossible” as three different characters.

But Mr. Tata’s most enduring role was on “Beverly Hills, 90120.” The students of West Beverly High were often shown hanging out after school at the Peach Pit, where Mr. Tata’s Nat would listen to their problems and dole out advice.

In an Instagram post on Thursday, Mr. Ziering said that while Mr. Tata “may have been in the back of many scenes,” he was “a leading force, especially to us guys, on how to appreciate the gift that 90210 was.”

His most recent acting credit, from 2014, was as a high school principal in the ABC Family comedy series “Mystery Girls,” which starred Ms. Garth and Ms. Spelling.